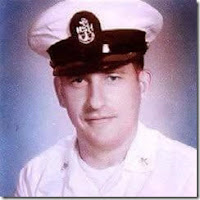 Gene was a 1952 graduate of Wellsville High School. He was a 20 year veteran of the U. S. Navy during the Korean and Vietnam Wars. He served aboard the USS Jeffers, USS George Clymer, USS Dale and the USS Dixie. Gene and Mary Lou formerly owned and operated The Belvedere Restaurant, he later worked for a brief time at Turbodyne Corporation in Wellsville and then became a letter carrier for the United States Postal Service in Wellsville for 13 years, retiring in 1990. He was a member of the Morrison Hayes Post 702 American Legion, Frank B. Church Post 2530 VFW, the Wellsville Moose Lodge # 601, the Wellsville Elks Lodge # 1495 and the former Christian Temple in Wellsville. He enjoyed hunting and fishing with his family, he was an avid the Buffalo Bills fan, and he loved his animals, especially Tippy his dog and Missy his cat. The extended family was very happy that Gene and Mary Lou purchased the Horn homestead for their residence.

Friends are invited to visit the family on Monday, August 8th from 2:00 to 4:00 and 7:00 to 9:00 pm at the J. W. Embser Sons Funeral Home Inc. in Wellsville. The funeral will be Tuesday, August 9th at 11:00 am in the Christian Temple / First Congregational Church at the corner of Maple Avenue and Fassett Street in Wellsville with Rev David Potts presiding. Burial, with military honors will follow at Woodlawn Cemetery. Please consider memorial donations to the SPCA Serving Allegany County. To leave online condolences, please visit www.embserfuneralhome.com.
Posted by Dick Helms at 9:41 AM