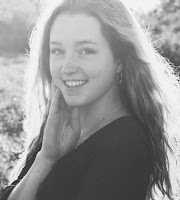 She was born September 15, 1998 in Wellsville the daughter of Thomas J. and Kendra (Roberts) Hennessy. Sammy was a 2016 graduate of Wellsville Central School and attended Alfred State College. She was formerly employed at the Texas Hot, Sidelines in Bolivar, the Wellsville Country Club, and Jones Memorial Hospital. She was a substitute teacher at Wellsville and Scio Central Schools, and at the time of her death she was the bar manager at the Field House in Wellsville. She talked fondly of all her “regulars” at her many jobs.

Sammy Tea enjoyed painting, “muddin’” and loved her many friends. Her favorite thing to do was to make everyone around her laugh; whether, it was through a made up song, a silly voice or a goofy outburst. She radiated light and happiness to anyone she met. Samantha genuinely cared about people and their stories. She was a hard worker and had a servant’s heart. Although she worked many jobs, her primary focus was on kids. Sam babysat many area children and truly cared for each and every one of them.

She leaves behind many friends who loved and cared for her.

A private service for immediate family will take place at the discretion of the family, a public memorial service is being planned for a later date. To leave online condolences, please visit www.embserfuneralhome.com. 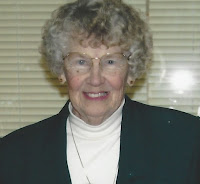 “Corky” was raised in Tarrytown and Wellsville; and resided in California from 1945 to 1957. She then moved to Allentown and resided there from 1957 to 1979. She and Jim then moved to their home on Fassett Lane in Wellsville. In October of 2018, she moved to Manor Hills Assisted Living and in April 2019 she moved to Cuba Memorial Hospital until her death on February 17.

She assisted her sister Gertrude Palmer Peaslee at Palmer’s Grocery Store in Allentown for many years. She was a member of the Allentown United Methodist Church, and was very active with the Allentown Little League from 1961-1971. She was an avid sports fan, especially rooting on her Buffalo Bills. She enjoyed knitting, sewing, and attending classic car shows with their award-winning Volkswagen Karman Ghia. She also enjoyed spending time with family, grandchildren and neighborhood friends.

In addition to her parents and husbands, she was predeceased by a son James H. Whitfield Jr., six sisters and four brothers-in-law, Elizabeth and Ken Thursam, Gertrude and Raymond Peaslee, Geraldine and Louis Morin, Helyne and Charles Remmel, twin sisters Dorothy and Rose Hunt (age 1); and a brother Harold Hunt, Jr.

The family is honoring Corky’s wish of no visitation.  A private burial service will be held at Woodlawn Cemetery.  Memorials in Corky’s name may be made to the Allentown United Methodist Church or to the donor’s choice. To leave online condolences, please visit www.embserfuneralhome.com.
Posted by Dick Helms at 10:17 AM No comments: 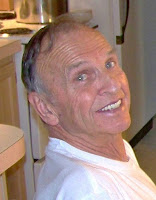 He is survived by a son, two brothers, his second wife, his step children, and step grandchildren. He was predeceased in addition to his parents, by his first wife and a sister.

At Victor's request, there will be no prior visitation or service. A private burial, under the direction of the J. W. Embser Sons Funeral Home Inc. in Belmont will be in Forest Hills Cemetery. Please consider memorial donations to the SPCA Serving Allegany County.To leave online condolences please visit www.embserfuneralhome.com.
Posted by Dick Helms at 10:09 AM No comments: 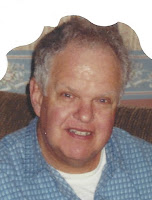 Richburg,  NY - David E. Evans, 76, went to be with his Lord and Savior on Wednesday, March 11, 2020. David received amazing care at Jones Memorial Hospital in Wellsville in the comfort care unit during his final days battling cancer. David was born on November 8, 1943 in Buffalo, NY to Elmer E. and Beatrice L. (Sherwood) Evans. He graduated from Richburg Central School in 1961. David served his country from 1961 to 1965 and was stationed in Germany.

David was predeceased by his daughter, Michelle Evans, his brother, Peter Evans Sr, his nephew, Peter Evans Jr. and his parents.

Friends are invited to call on Saturday, March 21st from 10 to 11 am at the First Baptist Church, Richburg, NY. Funeral services to follow. Donations in memory of David can be made to the SPCA Serving Allegany County. To leave online condolences please visit www.embserfuneralhome.com.
Posted by Dick Helms at 6:13 PM No comments:

Coach Moore was raised in Lockhaven, PA. He graduated from the Lockhaven High School and Lockhaven University. He first taught at Woodhull Central School and for many years he taught physical education, health, and swimming at Wellsville High School, where he was a beloved football, and wrestling coach. He was a hard worker, who owner and managed several apartment in the Wellsville area. He worked for Lloyd Robbins and coached football for Alfred University with Lou Molisani after retirement.

He is survived by a daughter, Colleen Sechrist of Wellsville, a son, William L. Moore of Wellsville; a grandson, Charles Moore, 2 granddaughters, Kimberly Smith and Jessica Kinley; three great-granddaughters, Emily Smith, Ivory Kinley, and Desarae Moore; two great-grandsons, Dylan Latsha and Damien Moore. He was predeceased in addition to his parents and wife by an infant son.

Friends are invited to call on Thursday, March 19, 2020 from 2-4 and 7-9 pm at the J.W. Embser Sons Funeral Home, 34 West State Street in Wellsville. Friends are also invited to a graveside service on Thursday, March 26, 2020 at 1:00 pm at Woodlawn Cemetery in Wellsville. Please consider memorial donations to any charity of donor's choice. To leave online online condolences, please visit www.embserfuneralhome.com.

Posted by Dick Helms at 4:56 PM No comments:

In addition to his parents and wife, he was predeceased by two brothers, Lyle and Wayne Cline, three sisters, Marion Cline, Mildred Lucas, and Genevieve Vaughn; and a Great Grandson, Salvatore Fanelli, and a brother-in-law, Harry Carney.

At Lester's request, there will be no visitation or service. Please consider memorial donations  to the Hart Comfort House. To leave online condolences please visit www.embserfuneralhome.com.

Wellsville, NY - David D. “Babe” Payne, escaped this mortal realm on Tuesday, March 10, 2020. He was 70. Babe was world renowned for his “tell-it-like-it-is“ attitude, his sarcastic disposition, and the giant black mug that traveled the world with him. He offered charm, wit, and an underlying love and loyalty to those who were his friends and family. He was an amazing person, part sinner and part saint,  all bundled up into one unique package. If you were fortunate to have met him and share a drink with him, you'd have liked him immediately and would have been considered a friend.

Babe was a respiratory therapist for over 30 years at Jones Memorial Hospital, where he was known to take smoke breaks on the loading dock after treating patients with breathing problems! He was a a member of the VFW, Moose and the American Legion, where he was a member of the Honor Guard. He was loyal to his bar stool every Friday.

He was a 1967 graduate of Wellsville High School. He was a Retired United States Marine. He loved sports and betting (maybe betting a bit more), and was a great coach during his children's school years. He was an avid bowler with the American Legion bowling team for many years.

He was predeceased by his parents, Dale and Virginia (Liesegang) Payne, a son, David Payne, two brothers, Daniel and Gary Payne, and a crazy number of dogs and cats, who will surly be waiting for him at the gates.

Friends are invited to call on Friday, March 13, 2020 from 2:00 to 4:00 and 7:00 to 9:00 pm at the J. W. Embser Sons Funeral Home Inc. in Wellsville. The funeral will be Saturday at 11:00 an in the funeral home with Rev. James Hartwell presiding. Please consider memorial donations to Toys for Tots at www.toysfortots.org or the Wounded Warrior Project at www.woundedwarriorproject.org. To leave online condolences, please visit www.embserfuneralhome.com.
Posted by Dick Helms at 5:55 PM 5 comments:

“Bobby” enjoyed his friends, and the staff at both S.T.E.L. and Wellsville Manor. He was a pleasant person who was a pleasure to work with and loved watching the Buffalo Bills!

He is survived by four siblings, Rebecca Gayton, Jerrie (Dana) Strang and Clyde (Leslie) Mott all of Bradford, PA, and Cheri Main of Boilivar, three children, Douglas Burnett of Hinsdale, Tracy Burnett and Robert Burnett Jr. both of Allegany, several grandchildren, and nieces and nephews.

At Robert's request, there will be no visitation or service. Please consider memorial donations to the Activities Department at Wellsville Manor. To leave online condolences, please visit embserfuneralhome.com.
Posted by Dick Helms at 12:05 PM No comments: