Scio, NY - Virgil L. Osborn, 64, of 4110 McQueen Street passed away on Tuesday, July 22, 2014 at Highland Hospital in Rochester following a long illness. He was born January 18, 1950 in Fort Wayne, Indiana the son of Charles and Violet (Cobbs) Osborn. On June 23, 1989 in Indiana he married Laura Barnett who survives.

Virgil was formerly employed as a home health aide in Indiana and was a graduate of Alfred State College. He enjoyed watching wrestling, working in his flower garden and spending time with his friends.

Friends are invited to a memorial service on Friday, (August 1, 2014) at 10:00 am at the Knights Creek Evangelical Methodist Church, 2987 County Road 9 in Scio, with Pastor Carl Kemp presiding. The family suggest memorial donations be made to the Wellsville Volunteer Ambulance Corps.To leave online condolences, please visit www.embserfuneralhome.com.
Posted by Dick Helms at 3:44 PM No comments:

Bob was a 1955 graduate of Belmont High School. He was formerly employed at the Borden Milk Plant in Belmont and later for Friendship Dairies for 38 years; retiring in 1998. He was a member of the Belmont United Methodist Church. He enjoyed hunting, archery, walking the streets of Belmont and NASCAR.

Friends are invited to call on Thursday, (July 31, 2014) from 11:00 am to 1:00 pm at the J. W. Embser Sons Funeral Home Inc., 17 Schuyler Street in Belmont. The funeral will follow visitation at 1:00 pm in the funeral home with Rev. Richard Hurd presiding. Burial will be in Forest Hills Cemetery. The family suggests memorial donations to the Amity Rescue Squad or the Belmont United Methodist Church. To leave online condolences, please visit www.embserfuneralhome.com.
Posted by Dick Helms at 3:38 PM No comments:

Rochester, NY - Helen Thomas Egner, 83, of 216 Crosman Terrace passed away peacefully on Thursday, July 24, 2014 at the Brightonian Nursing Home in Rochester following a brief illness. She was born November 26, 1930 in Wellsville the daughter of the late William and Mary (Fink) Thomas. She was married to Richard J. Egner who predeceased her on June 8, 2002.

Helen was raised in Wellsville and moved to Rochester in 1956. She was employed as a registered nurse in the maternity ward of the former Genesee Hospital in Rochester.

She is survived by two brothers, William (Ann) Thomas of Leesburg, Florida and Noel (Patricia) Thomas of Charlotte, North Carolina as well as several nieces & nephews.

Friends are invited to call on Tuesday, from 9:30 to 10:30 am at the J. W. Embser Sons Funeral Home Inc. in Wellsville. A Mass of Christian Burial will be celebrated on Tuesday, (July 29, 2014) at 11:00am in the Immaculate Conception Church in Wellsville. Burial will be in Sacred Heart Cemetery. In lieu of flowers, memorial donations may be made to the charity of the donor’s choice. To leave online condolences, please visit www.embserfuneralhome.com.
Posted by Dick Helms at 6:11 PM No comments: 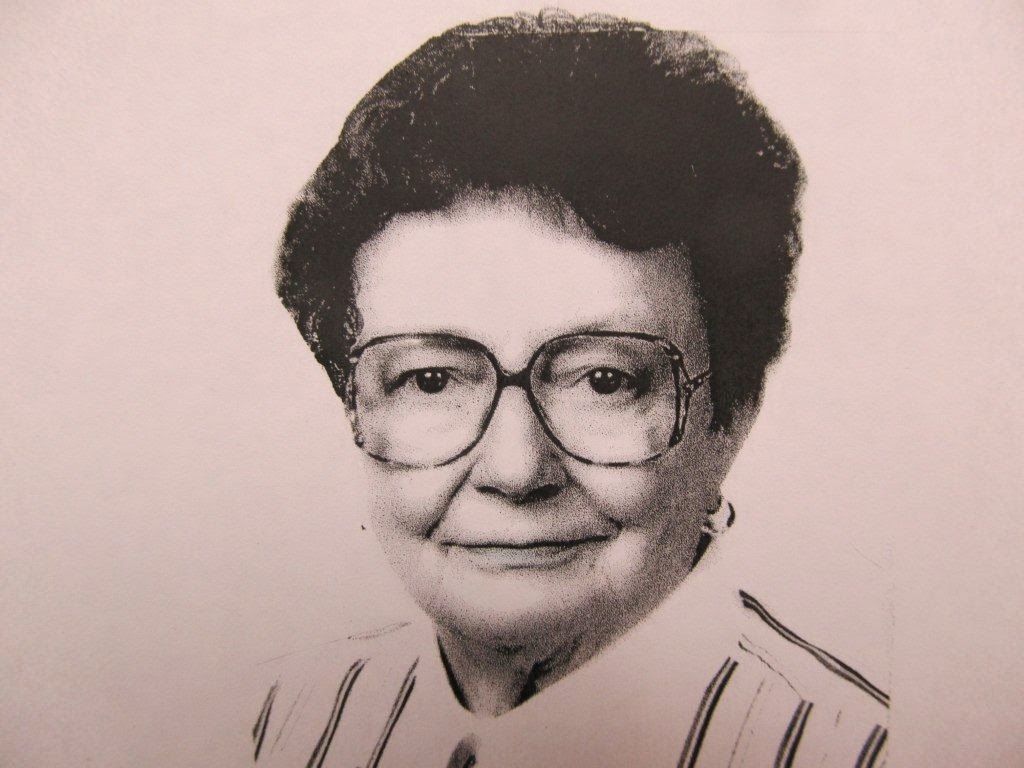 Elkridge, MD - Margaret Edson, 87, passed away peacefully on July 15, 2014 at home in Elkridge, Maryland with her son, Steven at her side. She was recovering from recent health complications, on top of making the best of her losses from a severe stroke on April 20, 1999. Her beautiful spirit caused everyone to love her.

Margaret was born in Friedberg/Hessen Germany on December 17, 1926, as the only daughter to Gottfried and Maria Langstrof. She met Don Edson during WW II and they were married on October 26, 1947. They were married for 58 years when Don passed away on April 27, 2006.  She is survived by three children; Douglas and his wife Katherine of Maine, Steven of Maryland and Debbie and her husband, Guy of Maryland, five grandchildren and four great-grandchildren.

Wellsville, NY - Dorothy M. Ray, 95, a resident of Manor Hills, passed away on Wednesday, July 9, 2014 at Jones Memorial Hospital following a brief illness. She was born March 11, 1919 in Hammondsport the daughter of Monroe D. and Bertha (Sedgwick) Ray. On September 1, 1979 in Buffalo she married Russell Leech who predeceased her on December 11, 1996.

Dorothy was a graduate of Belmont High School. Upon graduation she was employed by the Allegany County Clerk’s Office. During WW II she worked for the U.S. Army Corps of Engineers in Buffalo and the Veterans Administration. She was later employed by Cecile Mathern at Allegany Abstract in Belmont. In 1949 she began her career with Bell Aircraft Corporation, later known as Bell Aerospace Textron and retired in 1982. Returning to Allegany County she was a member of the Belmont United Methodist Church and the Catherine Schuyler Chapter of the D.A.R.

She is survived by a sister, Ruth (Joe) Brown of Sudbury, MA and several nieces & nephews; including Nancy Howbridge of Belmont. She was predeceased in addition to her husband, by a sister, Jeanne Howbridge and a brother, S. Bruce Ray.

Friends are invited to a memorial service on Monday, July 21, 2014 at 11:00 am in the Belmont United Methodist Church with Rev. Richard Hurd presiding. A reception will follow. Burial will be in Forest Hills Cemetery in Belmont. The family suggests memorial donations be made to the Belmont United Methodist Church, 7 Park Circle, Belmont, NY 14813. To leave online condolences, please visit www.embserfuneralhome.com.
Posted by Dick Helms at 10:00 AM 1 comment:

Wellsville, NY - Mark J. Schoenherr, 57, of 8 Meadowbrook Court passed away on Monday, July 14, 2014 at the Hart Comfort House following a battle with cancer. He was born October 28, 1956 in Wellsville, the son of the late Karl J. and Patricia (Wall) Schoenherr.

Mark was a 1971graduate of the Immaculate Conception School and a 1975 graduate of Archbishop Walsh High School in Olean. He attended Herkimer County Community College and was a 1987 graduate of Buffalo State College. He was employed at a number of restaurants in Wellsville and Olean, beginning with Pizza Hut and most recently for many years, at the Texas Hot in Wellsville. Mark was an avid Buffalo Bills and Sabres fan and loved watching NASCAR and Notre Dame Football. He was a life member of the NRA, the Sons of the American Legion Post 702, and the Wellsville Volunteer Ambulance Corps and Rescue Squad. He was a former member of the Emerald Hook & Ladder Company # 3 and the Willing Volunteer Fire Department.

He is survived by three stepchildren, Ben Grover of Scio, Kelly Ertell of Cuba and Heather Bennett of Allegany, 12 grandchildren and a host of close friends. In addition to his parents, he was predeceased by a grandson, Cameron Fenti in 2012 and several aunts & uncles. 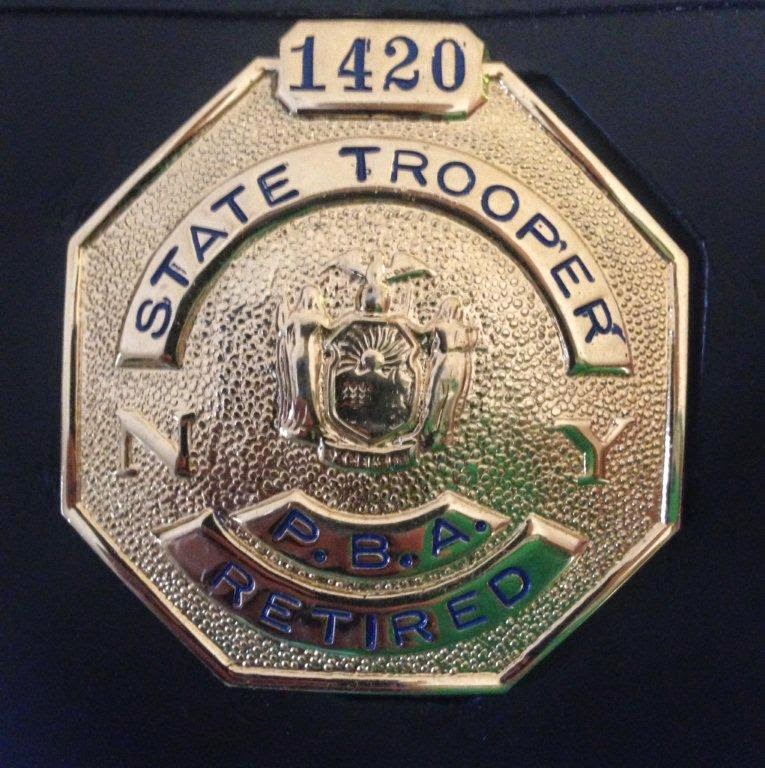 Bill joined the New York State Troopers on January 2, 1962. In 1966 he was promoted to the Bureau of Criminal Investigation (BCI). It was a career choice he truly loved. He has been described as a passionate, devoted and compassionate trooper and in simple words “a great investigator”. He was also known as an occasional prankster who brought a love for life and a smile to many people. He retired in 1988. He was a successful entrepreneur who owned a car detailing business called Tidy Car, a driveway sealing company, a parking lot cleaning business and a laundry mat. He was known as “Cowboy Bill” to many as he faithfully wore a cowboy hat.


He was married to the love of his life Dolores for 58 years. He had three children who greatly loved and admired him. His grandchildren have found him to be a great grandfather always willing to listen and helpe them face life’s challenges with wisdom and laughter

Surviving are two sons William F. Goetschius of Wellsville; Brian (Dawnell) Goetschius of Texas City, TX; one daughter, Deborah A. Goetschius of Houston, TX; nine grandchildren, Joseph, Jared (Elizabeth), Julia, Gabriel, Gregory, Grace, Rose, Ryan (Missy) and Brody Goetschius, one Great Grandson, Tyler Fitzgerald, one brother, George K, Goetschius of Wellsville, several nieces & nephews and his former daughter-in-law, Julie (Joe) Tripodi; who along with the staff at Manor Hills were a great help to the family over the past five years. He was predeceased by a niece, Teresa M. Burdick and a brother, Charles Calvin Goetschius.

Friends are invited to call on Thursday from 2:00 to 4:00 and 7:00 to 9:00 pm and Friday from 10:00 to 10:30 am at the J. W. Embser Sons Funeral Home Inc. in Wellsville. A Mass of Christian Burial will be celebrated on Friday (July 18, 2014) at 11:00 am at the Immaculate Conception Church in Wellsville. Burial in Stannards Cemetery will be at a later date. The family suggests memorial donations be made to the SPCA Serving Allegany County. To leave online condolences, please visit www.embserfuneralhome.com

Phoenix, AZ - Mark James Hand, age 61, a former resident of Wellsville died May 2, 2014 after a long battle with cancer.

Friends are invited to call on Tuesday July 15 from 5-7 pm at the J.W. Embser Sons Funeral Home in Wellsville. Burial will take place in Woodlawn Cemetery and memorials in Mark's name may be made to the American Cancer Society. To leave online Condolences please visit www.embserfuneralhome.com.
Posted by Dick Helms at 11:45 AM 2 comments: 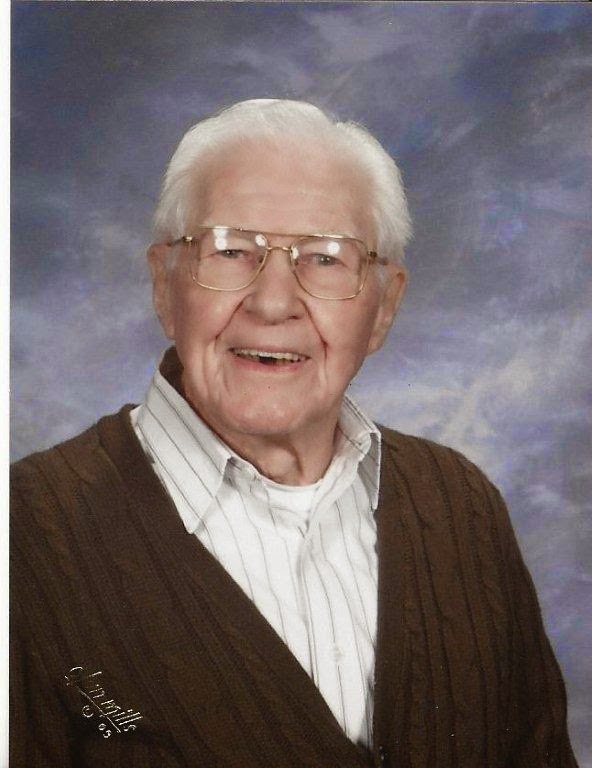 Wellsville, NY - John E. Nydegger, age 100, of Hill Street passed away on Thursday, July 3, at the Wellsville Manor Care Center. He was born in Wellsville on February 15, 1914 to Ernest and Susie Deschler Nydegger. On June 24, 1940 in Wellsville he married Virginia A. Ennis who predeceased him on February 16, 2002.

John was a lifelong resident of Wellsville who graduated from Wellsville High School in 1932. He entered the US Navy in 1942 and served throughout World War II and was honorably discharged in 1946. After the war John went to work for the former Scoville Brown Whole Sale Grocery Company in Wellsville. He was the store's treasurer and worked for them for 22 years. He then went to work for the Former First Trust Union Bank in Wellsville from where he retired from in 1979 after 12 years of service. John was a lifelong member of the First Trinity Lutheran Church in Wellsville. He was a very active member of his church serving on the finance board,  a member of the Men's Club, Senior Citizens and sang in the men's chorus and choir. John was a member and past treasurer of the Wellsville Rod and Gun Club and also sang in the Apollo Club.

John was predeceased by his parents, his wife and a sister, Doris Lehman.

Wellsville, NY - Walter L. Franklin, age 65,of 70 Johnson Street passed away on Monday, June 30, 2014, at the Jones Memorial Hospital in Wellsville. He was born on February 1, 1949 in Wellsville to James and Dorothy Moshier Franklin. Walter had married Barbara James who predeceased him in 1969. He then married Shirley Kemp who survives him and later he married Constance Lawrence who also survives.

Walter was a lifelong resident of the Wellsville area. He was a devoted son who worked with his father in the family logging business. Walter was also a devoted father and grandfather who loved his children and especially his grand children.

Walter was predeceased by his first wife Barbara and their infant daughter Marsha.

Friends are invited to call on Monday, July 7, 2014, from 12 noon to 2 pm at the J.W. Embser Sons Funeral Home in Wellsville. The funeral service will be at 2 pm in the funeral home following the calling hours. Reverend Carl Knitter will preside over the service with burial in Knights Creek Cemetery. Memorials in Walter's name may be made to the Wellsville Volunteer Ambulance Corps. To leave on line condolences please visit www.embserfuneralhome.com.
Posted by Dick Helms at 3:39 PM 1 comment: