Priscilla was raised in Port Allegany, PA area and was a former resident of Olean and Friendship. She was also a member of the Belmont Gospel Fellowship Church.

A memorial service at the Belmont Gospel Fellowship Church is being planned and will be announced in a later date. Burial will be in Knights Creek Cemetery in Scio. The family suggests memorial donations to the Belmont Gospel Fellowship Church or the Salvation Army. To leave online condolences, please visit www.embserfuneralhome.com.
Posted by Dick Helms at 5:41 PM No comments: 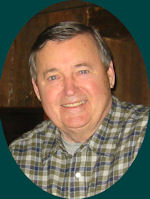 Amity Lake, NY - John Joseph" (Jack) Hennessy, 84, of 743 Anna Hope Lane, Osprey, FL passed away peacefully at his summer residence of Amity Lake, Belmont, NY on Thursday, December 27, 2012 with his family at his side.  The late James Harrigan and Catherine Mary (Connor) Hennessy gave birth to John on December 28, 1927 in Buffalo, NY.  He married Mary Lou Brundage on August 20, 1949 at St. Mary's Church in Bolivar, NY, who survives.


Jack was raised in Scio, NY and was a parishioner of St. Joseph's Church where he was an alter server for many years.  He was a graduate of Scio High School and St. Bonaventure University.  He was a Seaman 2nd Class serving aboard the USS Briareus (AR12) during WWII.  He received the American Theater Medal and the WWII Victory Medal.  His career with CE Air Preheater Company began in 1946 and he retired as President in 1986 after 40 years of service.  Lifetime community memberships included Elks Lodge 1495, Emerald Hook & Ladder Company # 3, Morrison Hayes Post 702 American Legion, Knights of Columbus Council 919 and the Ancient Order of Hibernians in America, Inc.  He was particularly proud to have obtained his single engine private pilot's license.  He was a former member of the Key Bank, Board of Directors and the Jones Memorial Hospital, Board of Managers.  He was a past President of the Wellsville Country Club, served on the Wellsville Planning Board, and was named Citizen of the Year by the Wellsville Chamber of Commerce.

Jack had numerous nieces & nephews of which he loved deeply.  He also had many friends and associates around the world with whom he left a lasting impression on each and every one of them.

Friends are invited to call on Sunday, December 30, 2012 from 2:00 pm to 4:00 pm and 7:00 pm to 9:00 pm at the J. W. Embser Sons Funeral Home, Inc. in Wellsville, NY.  A Mass of Christian Burial will be celebrated on Monday, December 31, 2012 at 11:00 am at the Immaculate Conception Church in Wellsville with concelebrants Rev. Thomas Roman and Rev. Sean DiMaria followed by burial at the Sacred Heart Cemetery.  The family suggests memorial donations be made to the American Cancer Society, American Heart Association or your favorite charity. To leave online condolences, please visit www.embserfuneralhome.com.
Posted by Dick Helms at 6:13 PM 2 comments: 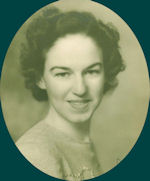 Wellsville, NY - Margaret Ethlene Shear Hollod, 95, formerly of 47 Elm Street, died Sunday, December 16, 2012 at the Wellsville Manor Nursing Home after years of residence there. She was born in the Jones Memorial Hospital in Wellsville, NY on February 18, 1917 the daughter Fredrick Christopher and Halle (Rogers) Shear.  Margaret was the second youngest of 10 children and all of her brothers and sisters are deceased. She lived her entire life in Wellsville.

Margaret, along with many of her siblings, attended a one room elementary school on the Bolivar Road near Brimmer Brook. The school was located in the front yard near the family home.

She graduated from the Wellsville High School in 1937.  After graduating from the Rochester Business Institute in 1938, she worked at the Empire Gas and Fuel Office on Main Street in Wellsville and later she enjoyed working for several years at the Air Pre-Heater Corporation on the Andover Road.

The love of her life was John (Yonk) Hollod.  They met in Wellsville in the mid 30's when John arrived from Olean, NY to stay with his brothers Pete and Mike Hollod.  They married on November 22, 1941 at the Immaculate Conception by Father Tracey. Margaret and Yonk celebrated over 61 years of marriage until John passed away in September 10, 2002.

Margaret had many friends in Wellsville but some of her fondest memories were the times she spent with her siblings growing up and later living in Wellsville.

Margaret was a loving and devoted mother to her three children, who survive her, Dennis Hollod of Willing, NY, Gregory Hollod, Ph.D. of Atlanta, Ga. and Kimberly (Brook) Tolman of College Station, TX.  There are five grandchildren Alexis (Ryan) Tolman-Davis, Lauren Tolman and Margaret Jean Tolman and Christopher and Andrew (Laura) Hollod.

A Mass of Christian Burial will be celebrated on Saturday, January 5, 2012 at 11:00 am in the Immaculate Conception Church, 36 Maple Avenue in Wellsville with Rev. Thomas Roman as Celebrant. Burial will be in the Sacred Heart Cemetery. The family suggests memorials be made to the David A. Howe Public Library or the Immaculate Conception School. To leave online condolences, please visit www.embserfuneralhome.com.
Posted by Dick Helms at 4:26 PM 1 comment:

Wellsville, NY - Christopher Dale "Chief 2" Eldridge, 43, of 70 Cameron Street passed away Sunday, December 16, 2012 at the home of his friend Erik Potter in Scio, after a 20 year, hard fought battle with cancer. He was born June 4, 1969 in Hornell, NY the son of Dale and Joyce (Perry) Eldridge. On February 11, 1994 he married Renee D. (Slack) Walsh on the air at WJQZ-WLSV Radio by Mayor Sue Goetschius.

Surviving in addition to his wife and parents is his Cocker Spaniel, "Rece" his little girl and faithful companion. He is also survived by his niece, Katie Joe (Shawn) Mills and their children, Blake and Macie Joe, a nephew, Danny Coleman all of Wellsville, four brothers-in-law, Dan Coleman of Wellsville, Rick (Jackie) Slack of Warrenville, SC, Ron Slack and Randy (Kristina) Slack of Belfast as well as several aunts, uncles and cousins. He was predeceased by his sister, Kimberly Coleman, sister-in-law, Resa Slack, his aunt, Donna Geffers, his mother and father-in-law, Robert & Susan Slack and his grandparents.

Chris enjoyed NASCAR and was a Dale Earnhardt Jr. and a big Buffalo Sabres fan. Chris was proud to be a member of the Wellsville Volunteer Ambulance Corps for 30 years and to be a Rescue Chief for the past 18 years.

Friends are invited to call on Wednesday from 2:00 to 4:00 and 7:00 to 9:00 pm at the J. W. Embser Sons Funeral Home Inc. in Wellsville. The funeral will be Thursday, December 20, 2012 at 11:00 am in the First Congregational Church, 289 N. Main Street in Wellsville with Rev. Ralph Eastlack presiding. Burial will be in Woodlawn Cemetery.