Thelma had resided and worked in the Olean Area for many years. In 1982 she was living in San Diego, California working for the San Diego School system from where she retired in 1999 as a kitchen manager. After her retirement she moved to Wellsville to be closer to her family.

Thelma was predeceased by 2 sons, Gerald A. Giddings and Randy Roulo; a grandson, Joshua Giddings and 8 brothers and sisters.

Friends are invited to attend a memorial service on Saturday, June 7, 2014, at 2 pm in the J.W. Embser Sons Funeral Home in Wellsville with burial in Woodlawn Cemetery. In lieu of flowers memorials in her name may be made to the Allegany County Office for the Aging. To leave online condolences please visit www.embserfuneralhome.com.

Richard was a veteran of the U. S. Navy. He was employed as a heavy equipment operator for Myers Construction Company in Rochester for many years; retiring in 2002. He enjoyed hunting and fishing and was an avid NASCAR fan. He was a member of the Morrison Hayes Post 702 American Legion in Wellsville, the Frank B. Church Post 2530 V.F.W. in Wellsville, the Wellsville Moose Lodge # 601 and enjoyed his many friends at the Herbert DeLong American Legion Post 808 in Belmont.

Surviving in addition to his wife is one stepson, Dexter Huppe of Nashua, NH, one brother, Donald (Gail) Hall of Farmington and several nieces & nephews.

At Richard's request there will be no service or visitation. The family suggests memorial donations be made to Victory Junction; (A camp founded for kids in honor of Adam Petty.) 4500 Adams Way, Randleman, NC 27317. To leave online condolences, please visit www.embserfuneralhome.com.
Posted by Dick Helms at 5:53 PM No comments:

Dolores was a former resident of the Bronx who moved to Wellsville in 1973 with her family where they owned General Roofing. Dolores worked in the family business as the secretary until her retirement in 1995. She enjoyed staying home where she raised her children and later her grandchildren.

Dolores was predeceased by a daughter, Yvonne Pierce, her parents and a brother Vincent Catracala.

Friends are invited to attend a Memorial Mass on Tuesday, May 27, 2014, at 10 :30 am at the Immaculate Conception Church in Wellsville at. Memorials in Dolores's name may be made to the SPCA serving Allegany County. To leave online condolences please visit www.embserfuneralhome.com.
Posted by Dick Helms at 5:32 PM No comments:

Jake was a former resident of Bolivar and Alma before moving to Andover in 2012. He was employed as a foreman for Wayne Paving & Gravel in Shinglehouse, PA, retiring on July 1, 2002.

He is survived by four children, Tonya (Rocky) Davis of Brandenburg, KY, Chad (Crystal) Hicks of Wellsville, Justin Haynes and Shane Haynes both of Andover, nine grandchildren, one brother, Alvin Haynes of Columbia, SC as well as several nieces & nephews. He was predeceased by his long time companion, Linda J. Hicks on January 12, 2009 and one sister, Kitty Hopkins.

Friends are invited to call on Friday, (May 23, 2014) from 12 noon to 2:00 pm at the J. W. Embser Sons Funeral Home Inc. in Wellsville. The funeral will follow at 2:00 pm in the funeral home with Pastor Richard Helms presiding. To leave online condolences, please visit www.embserfuneralhome.com.
Posted by Dick Helms at 4:19 PM 1 comment:

Posted by Dick Helms at 4:09 PM No comments:

Wellsville, NY - Susan M. Henry, 74, formerly of 192 Farnum Street passed away on Monday, April 21, 2014 at Highland Hospital in Rochester following a brief illness. She was born on January 30, 1940 in Wellsville the daughter of the late Kenneth and Clara (Braun) Smith.

Susan was a long time resident of Wellsville and graduated from Wellsville High School in 1957. After graduation she moved to California and was employed there until 1971.  She moved back to Wellsville and became the secretary for Jack Darcy Attorney at Law. In 1979 she became the secretary for the Superintendant of Schools in Andover, until her retirement in 2005. Susan attended the Immaculate Conception Church in Wellsville. She enjoyed reading, shopping, traveling with her sisters, crocheting and sitting outdoors.

She is survived by her daughter, Kelly (Scott) Brien of Wellsville and several nieces and nephews, including, Robin (James) Blake, Todd (David Monk) Burke, Molly (Lance) Carlin and Jennifer (DeNilson) Costa, several great nieces and nephews, Jaycie, Kori and Brody Carlin, Sulihana and Kenderson Costa and a close family friend and care giver Allison Neumann. She was predeceased in addition to her parents by two sisters Karen Burke and Nancy McDowell.

A celebration of her life is being planned and will be announced at a later date. The family suggests memorial donations be made to the SPCA Serving Allegany County. To leave online condolences, please visit www.embserfuneralhome.com.
Posted by Dick Helms at 4:19 PM 3 comments:

Wellsville, NY - Thomas C. Manning, age 79, of Wellsville and formerly of Brooklyn passed away on Friday, May 9, 2014, at home. On June 2, 1962 he married Mary C. Ferrante who survives him. Tom was a member of the Immaculate Conception Church, the Elks Lodge, the Moose Lodge, the Knights of Columbus and formerly the Lions Club all of Wellsville.

There will be no prior visitation and burial will be held at the convenience of the family. Memorials in Tom's name may be given to the Immaculate Conception Church, to leave online condolences please visit www.embserfuneralhome.com.
Posted by Dick Helms at 1:17 PM No comments: 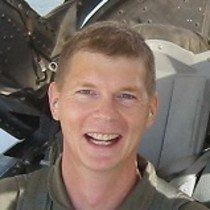 Tucson, AZ - Patrick B. Quinn, a 1980 graduate of Wellsville High School, passed away April 30 at his home in Tucson, Ariz., after a courageous one-year battle with leukemia. He was 52.

Following high school, Patrick entered the U.S. Air Force, serving 12 years as a crew chief for F-16 fighter jets. He then joined the U.S. Air Force Reserve while pursuing a master's degree in exercise physiology at Utah State University. Upon graduation, he worked at the Cooper Institute for Aerobics Research in Dallas, Texas, as well as in the cardiac rehab field in Raleigh, N.C., and Tucson.

In Tucson, Patrick returned to his passion for working on F-16s, joining the Arizona Air National Guard, where he rose to the rank of Master Sergeant. As a production controller, he was responsible for coordinating F-16 maintenance and reporting the status of all aircraft to the senior officers in his squadron. Patrick had a combined 28 years of service in the U.S. Air Force, U.S. Air Force Reserve, and Arizona Air National Guard. He was also a certified home inspector.

Patrick will be remembered as a loving and doting family man, accomplished airman, and caring friend. He will be dearly missed as a father, husband, son, brother, and uncle.

A memorial mass for family and friends will be held at 2 p.m. June 27 at the Immaculate Conception Catholic Church on Maple Avenue in Wellsville. In lieu of flowers, donations may be made to Tu Nidito Children and Family Services at www.tunidito.org. To leave on line condolences please visit www.embserfuneralhome.com.

Posted by Dick Helms at 1:07 PM No comments:

Wellsville, NY - Family and friends are invited to a Memorial Mass for Marian Teresa "Tess" Tullar, who passed away on November 7, 2013, on Friday May 16, 2014 at 10 am in the Holy Family Catholic Church in Belmont. Arrangements are under the direction of the J. W. Embser Sons Funeral Home.
Posted by Dick Helms at 12:58 PM No comments:

Russell F. Hebert, 81, of 8703 State Route 16 passed away unexpectedly on Monday, February 17, 2014 at Absolut of Salamanca. A graveside service with military honors will be Saturday, May 10, 2014 at 2:00 pm in Stannards Cemetery. A full obituary was posted in February and can be accessed in the February listing on this page.
Posted by Dick Helms at 3:53 PM 1 comment: