Dr. Miller was beloved by his patients and will be sadly missed by his colleagues at Jones Memorial Hospital. He was a loving husband, father and grandfather; a gifted woodworker, who enjoyed working on his home, bulldozing on his property and playing golf.

Friends are invited to call on Friday and Saturday from 11:00 am to 1:00 pm and 4:00 to 6:00 pm at the Trinity Lutheran Church, 470 North Main Street in Wellsville. The funeral will be Sunday, November 1, 2015 at 1:00 pm at the Immaculate Conception Church, 36 Maple Avenue in Wellsville with Rev. Richard Hurd presiding. The family suggests, in lieu of flowers, that memorial donations be made to Jones Memorial Hospital, 191 N. Main Street, Wellsville, NY 14895, The SPCA Serving Allegany County, P.O. Box 381, Wellsville, NY 14895, The Scio United Methodist Church, 4005 State Route 19, Scio, NY 14880 or any charity of the donor’s choice. To leave online condolences, please visit www.embserfuneralhome.com.
Posted by Dick Helms at 5:59 PM 18 comments:

Belmont, NY - Nancy R. Casterline, age 85, of Tucker Corners passed away on Sunday, October 25, 2015, at the Highland Park Rehabilitation Center in Wellsville. She was born on March 13, 1930 in Hornell to George and Maybelle Manley HerrNecker. She was married to Merlin Glover who predecease her and later to John Casterline who also predeceased her.

Nancy was a long time resident of Belmont who graduated from Wellsville High School and attended art school in Boston, Massachusetts. She had worked Taggart and Son Insurance Company in Bath and later ran the office of the Allegany Bituminous in Tuckers Corners. Nancy retired from the Allegany County Department of Social Services working in what is now Job Tracks. She enjoyed crocheting and donating what she made to the Amity Rescue Squad to be raffled off. She enjoyed attending the monthly meeting of the Allegany County Highway Superintendents. Nancy will be remembered for her sense of humor.

Nancy was predeceased by her parents, her 2 husbands and her sister Susan.

A celebration of Nancy’s life and a meal was held Wednesday, October 28, from 4 to 8 pm at the Amity Rescue Squad Building on Route 244 in Belmont. Friend swere invited to attend a graveside service on Thursday, October 29, 2015, at 10 am in the Howard Cemetery in Howard, New York. To leave online condolences please visit www.embserfuneralhome.com.

Belmont, NY - Marian G. Rossman, age 86, of State Route 19 South passed away on Monday, October 19, after a short illness. She was born in the Town of Amity on January 25, 1929 to Victor and Gladys Austin Brown. On November 23, 1947 she married Everett Rossman who survives.

Marian was a lifelong resident of the Belmont area who graduated from Belmont Central High School. She worked as a telephone operator then for the Candy Land Restaurant and later for Cornell Cooperative in the 4 H Department all in Belmont. Marian retired from the Village of Belmont as the Deputy Clerk after 17 years of service. She was a lifelong member of the First Baptist Church of Belmont where she played the organ and piano. Marion enjoyed bowling and will be remembered as a family lady who loved her grandchildren and great grandchildren.

Marian was predeceased by her parents and her sister Coralie Fry.

There will be no prior visitation and a service will be held at the convenience of the family at a later date. Memorials in Marian’s name may be made to either the First Baptist Church of Belmont or to the Amity Rescue Squad. To leave online condolences please visit www.embserfuneralhome.com.
Posted by Dick Helms at 10:27 PM 3 comments:

Wellsville, NY - John C. Walsh Sr., age 80, of Early Street passed away on Saturday October 10, 2015 at the Wellsville Manor Care Center. He was born in Wellsville on October 28, 1934 to Walter and Jennie Hoyer Walsh. On July 6, 1957 in Brooklyn New York he married Adelina “Adele” Mendez who survives.

John was a former resident of Scio who graduated from Scio Central High School. In 1953 John enlisted in the United States Marine Corps and served in Korea. He later moved to Brooklyn and was a carpenter in the ship yards and became a general contractor. In 1980 John and his family moved to Wellsville where he continued his general contracting business working into his seventies. John was member of the Immaculate Conception Church and the V F W Post 2530 both of Wellsville. He coached Little League Baseball in Brooklyn and coached Babe Ruth Baseball in Wellsville. John enjoyed gardening and watching sports especially football and hockey. He will be remembered as a hard working family man who had a good sense of humor.

Friends are invited to call on Tuesday, October 13 from 2-4 pm and 7-9 pm at the J.W. Embser Sons Funeral Home in Wellsville. A prayer service will be held at 10:30 am on Wednesday in the funeral home followed by a Mass of Christian to be celebrated at 11 am in the Immaculate Conception Church. Burial will take place with military honors in the Sacred Heart Cemetery. Memorials in John’s name may be made to either the Immaculate Conception Church or to the American Lung Association. To leave online condolences please visit www.embserfuneralhome.com.

Butch graduated from Wellsville High School in 1982. He had been a resident of Mount Wolf, PA., and worked for Air Gas in Harrisburg, PA., until 2014.

Butch was predeceased by his parents Franklin and Nelda.

Friends are invited to attend a grave side service at 11:30 a.m. on Saturday, October 10, in the Sacred Heart Cemetery in Wellsville. In lieu of flowers memorials may be made to the Immaculate Conception School, 24 Maple Avenue, Wellsville, NY.  14895. To leave online condolences please visit www.embserfuneralhome.com.

Posted by Dick Helms at 8:29 PM No comments:

Friends are invited to call on Saturday, October 10 from 12 noon to 2pm, at which time a funeral service will be held, at the J.W. Embser Sons Funeral Home in Wellsville. Bob Walters of the Living Hope Center will preside and memorials may be made to the charity of the donor’s choice. To leave online condolences please visit www.embserfuneralhome.com.
Posted by Dick Helms at 7:19 PM No comments:

Wellsville, NY - Dylon Ray Mitchell, 19, of 2066 Fulmer Valley Road died on Saturday, October 3, 2015 in the Town of Independence from injuries sustained in an automobile accident. He was born November 24, 1995 in Wellsville.

Dylon was a 2015 graduate of Wellsville High School and the Natural Resources Program at B.O.C.E.S. in Belmont. He was employed at Baldwin Forest Products of Bolivar. He played football for Wellsville and enjoyed hunting and fishing.

He is survived by his mother, Tracy Mitchell and her companion, Kelly Bowker of Wellsville, his father, Jeremy McNaughton of Wellsville, a brother, Austin Bradley Beckwith of Belmont, his maternal grandparents, David & Judy Mitchell of Shinglehouse, PA, his paternal grandparents, Bruce & Sally McNaughton of Andover, his biological father, Ronnie Gross, as well as several aunts, uncles, nieces, nephews, cousins and many close friends.

Gulf Shores, Alabama - Presvitera Irene Euphrosyne (Raptis) Mentis, 94, died peacefully at home on Tuesday, September 29, 2015. She was born in Johnsonburg, PA the daughter of the late George and Angeliki (Vlahos) Raptis and was raised in Wellsville, NY. In September 1945, she married Reverend Father Elias Mentis who survives.

Father Mentis and Irene lived and touched the hearts of many in Wellsville, Toronto, Rochester, Webster, Jamestown, Ithaca, Brandywine, MD, Sioux City, IA, Ocean City MD, Fairfax/Falls Church, VA and Fredericksburg, VA. Irene will be remembered for her love of others, generosity, kindness and faith.

Surviving in addition to her husband is a daughter, Ann Mentis of Gulf Shores and Webster, NY; son, Peter, his wife Tina and their children, Elias, David and Euphrosyne of Fairfax, VA and their four grandchildren, Peter, Andreas, Alex and Lucas; son Charles, his wife Gail of Seneca Falls, NY and their two daughters, Elaine, her husband Michael and Ann Marie and one granddaughter, Mariana, sister, Leah of Rochester and a brother, James, and his wife Demmye of Wellsville, as well as several nieces & nephews. She was predeceased by a brother Charles, killed in WW II. 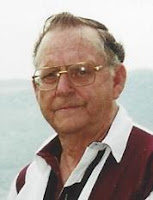 Andover, NY - C. Clinton Bundy, 85, formerly of Railroad Avenue passed away on Monday, October 5, 2015 at the Wellsville Manor Care Center. He was born September 16, 1930 in Allentown, the son of the late Clinton “Cash” and Helen (Sexton) Bundy.

Clint attended the Allentown Union School and served with the U. S. Army Air Force from 1945 to 1948. He was employed as a machinist at Dresser-Rand Corporation in Wellsville and operated the Pro Shop at the Twin Hickory Golf Club in Hornell until he was 80 years old. He loved to play golf and was awarded a lifetime membership at Twin Hickory. He was a member and past president of the Andover Lions Club, a member of the Lynch / Burgett American Legion Post 397 and the Forty & Eight Voiture Locale 1006. He played slow-pitch softball, was an avid Buffalo Bills Fan and had formerly resided at Manor Hills in Wellsville.

Friends are invited to call on Friday, October 9, 2015 from 1:00 to 3:00 pm at the J. W. Embser Sons Funeral Home Inc. in Wellsville. A memorial service will follow the visitation at 3:00 pm in the funeral home with Pastor Frank Mickle presiding. Burial with military honors will the follow at Woodlawn Cemetery. Memorial donations can be made to the Andover Lions Club or the Activities Department of the Wellsville Manor Care Center. To leave online condolences, please visit www.embserfuneralhome.com.
Posted by Dick Helms at 8:03 PM 1 comment: 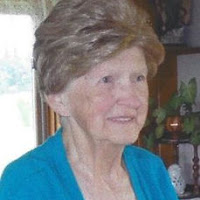 Laura was an accomplished seamstress and cook, who enjoyed gardening, canning and having friends and family stop to visit. She was formerly employed at Morley Shirt Company in Franklin, NJ, Plastoid Cable Company of Hamburg, NJ and for the Picatinny Arsenal in Dover, NJ. Most of all, she was a loving wife and mother.

She is survived by a son and daughter-in-law, Bruce and Patricia Hovey of Dingmans Ferry, PA, a daughter and son-in-law, Linda Spear and William Gullone of Rexville, eight grandchildren, many great grandchildren, a sister, Florence VanSkiver of Newton, NJ, as well as several nieces & nephews. She was predeceased in addition to her husband, by six sisters, Milly, Nora, Margaret, Elizabeth, Josephine and Anne, and by two brothers, Donald and Jackson.

A private family celebration of Laura’s life will be planned for a later date. Burial will be in Greenwood Cemetery. Memorial donations can be made to the West Union Volunteer Fire Department or Ambulance Squad. To leave online condolences, please visit www.embserfuneralhome.com.
Posted by Dick Helms at 10:52 AM 1 comment: