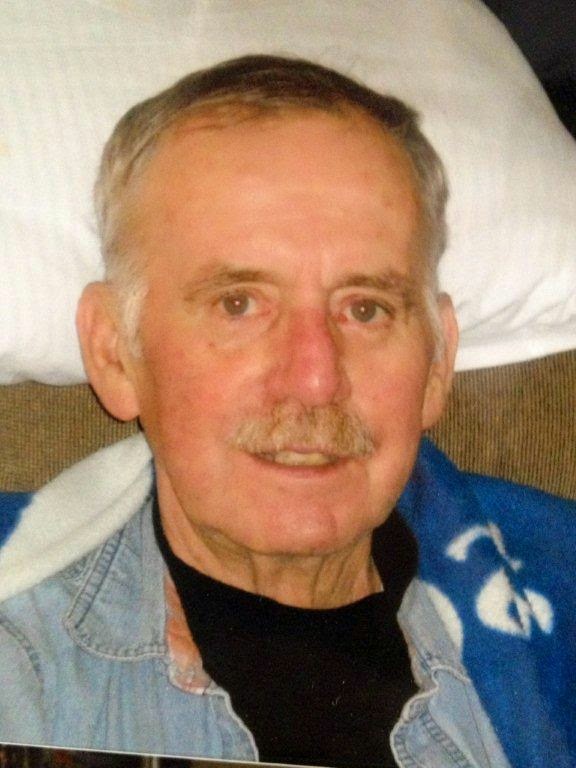 On August 22, 1970 in Wellsville he married Louella Hinkle who survives.
Mike was a 1969 graduate of Wellsville High School. He was a veteran of the United States Army, stationed in Fort Sill, OK. He was honorably discharged in 1972 and joined his father's business; Paul F. Culbert & Sons. He was a lifelong business proprietor in Wellsville, and with his brother they continued operating the business for the more than two decades. During that time, he developed into one of the most formidable Allis-Chalmers mechanics in the country. He also continued his military service with the U. S. Army Reserves until 1977.

In 1999, he started Mike Culbert's Repair Shop, which he continued as an agricultural and fleet maintenance operation until his death. He also owned and operated MPC Farms of Scio. He was a member of the Wellsville Elks Lodge 1495, the American Legion Post 702, the Wellsville Moose Lodge 601 and was a life member of the North American Hunting Club.

Mike was a loving father and grandfather, and a devout pet lover, who was rarely found without a dog at his side.

Friends are invited to call on Thursday, from 2-4 and 7-9 pm and Friday, from 10:00 to 10:30 am at the J. W. Embser Sons Funeral Home Inc. in Wellsville. A Mass of Christian Burial will be celebrated on Friday, March 28, 2014 at 11:00 am in the Immaculate Conception Church in Wellsville with Rev. Sean DiMaria as Celebrant. Burial will be at Sacred Heart Cemetery. 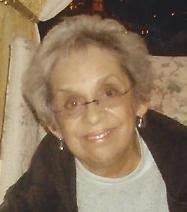 Wellsville, NY - Jeanne Finn Morris, 76, of 86 Hills Street passed away on Thursday, March 20, 2014 at Highland Hospital in Rochester, following a brief illness. She was born January 31, 1938 in Wellsville the daughter of the late Louis and Mary (Bianco) Scarlato. She was first married on June 16, 1962 in Wellsville to Michael P. Finn who predeceased her on June 20, 1988. On October 20, 1992 in Wellsville she married Thomas Morris who survives.

Jeanne was a graduate of the Immaculate Conception School and was a 1956 graduate of Wellsville High School. She earned a nursing degree from Highland Hospital School of Nursing. She was formerly employed at Jones Memorial Hospital, Mary's Nursing Home, Dr. Mohamed Youssef MD and The Style Shoppe. In 1982 Jeanne and Judy Brush purchased and were the proprietors of Silvers Mens Shop in Wellsville for many years.

She was a member of the Immaculate Conception Church, a life member of Gamma Pi Sorority and a former member of the Lady Elks. She enjoyed going to Curves, playing euchre and was an avid reader. She loved going on mother-daughter trips with her daughter Michele and her good friend, Judy Brush and her daughter, Mary Beth Brush.

Surviving in addition to her husband are two children, Michele A. Finn of Penfield and Mark L. (Monica) Finn of Wellsville, 3 step-children, Mark (Clair) Morris of Cuba, Timothy Morris of Houston, TX and Elizabeth (Peter) Albertine of Loma Linda, CA, two grandchildren, Patrick and Connor Finn, as well as several nieces, nephews and cousins. She was predeceased in addition to her parents and husband, by two step-sons, Thomas and Robert Morris.

Friends are invited to call on Monday from 2-4 and 7-9 pm and Tuesday from 10:00 to 10:30 am at the J. W. Embser Sons Funeral Home Inc. in Wellsville. The Rosary will be recited on Monday at 3:45 pm. A Memorial Mass will be celebrated on Tuesday, March 25, 2014 at 11:00 am in the Immaculate Conception Church in Wellsville. Burial will be in Sacred Heart Cemetery. The family suggests memorial donations be made to the David A. Howe Public Library or the Wellsville Elks Lodge Scholarship Fund. To leave online condolences, please visit www.embserfuneralhome.com.
Posted by Dick Helms at 2:01 PM No comments:

Harold attended school in Windsor Illinois and at the University of Illinois and has been a resident of Belmont since 1970. He moved to this area with his family after being recruited by Walter Max to work for the then Turbodyne's navy contract in Wellsville. Harold enjoyed traveling and his job took him around the world.  He retired from Dresser Rand in the mid 1990's as Quality Control Manager and from 2006 to 2009 he worked as a consultant for them. Harold was a member the Belmont First United Methodist Church and later with the First United Methodist Church of Wellsville. He was an active member at both churches serving on many committees, teaching Sunday school and Bible studies. Harold was a long time member of the Belmont Rotary and a former chairman of the Allegany County Democrat Committee. He was a volunteer at the Food Pantry in Belmont and for Allegany County's Office of the Aging Meals on Wheels. He enjoyed leisure travel, woodworking, gardening, sports and reading books on history.

Harold was predeceased by 2 brothers, Cassel and Bryce Paris and a sister Wanda Eby.

Friends are invited to call on Monday March 17 from 1 to 2 pm at the First United Methodist Church on the corner of Madison and Maple Avenue in Wellsville. His funeral service will be held at 2 pm in the church with Reverend Burt Smith presiding, Burial will be in Forest Hills Cemetery and memorials in Harold's name may be given to the Amity Rescue Squad or to the First United Methodist Church of Wellsville or to the charity of the donor's choice. To leave online condolences please visit ww.embserfuneralhome.com.
Posted by Dick Helms at 3:05 PM 1 comment:

Wellsville, NY - Theodore E. "Ted" Bond of 3798 Buck Farm Road passed away peacefully on Wednesday, March 5, 2014, surrounded by his family at Highland Hospital in Rochester. He was born in Silver Springs, MD, the son of Leslie and Opal (Calhoun) Bond.

He is survived by his long time partner, Terah Soule of Wellsville, three children, Danielle Tuohy, Timothy Bond and Christi Bond, five grandchildren, Kyle, Alyssa and Kiera Beth Tuohy and Layla and Benjamin Clark, and a sister, Sally Bond. He was predeceased by a brother, Timothy Bond.

A memorial service will be planned for a later date. The family suggests memorial donations be made to the David A. Howe Public Library. To leave online condolences, please visit www.embserfuneralhome.com.
Posted by Dick Helms at 1:26 PM 1 comment:

Wellsville, NY - Harold C. "Hod" Austin, 78, of 25 Pleasant Street passed away on Wednesday, March 5, 2014 at Jones Memorial Hospital following a brief illness. He was born October 16, 1935 in Belfast, the son of Cash and Florence (Bledsoe) Austin. On July 24, 1965 in Washington DC he married Jean Densmore who survives.


He was a 20 year veteran of the U. S. Air Force and had served in Vietnam. He was a long time Club Pro at the Wellsville Country Club and was employed for many years at the New York State, Department of Transportation.

Surviving in addition to his wife is a daughter, Christine Dingman of Tampa, FL, and her children, Karli and Tadd, a son, Darrell Austin of Tampa, FL, a daughter, Isabelle Thelen-Seifried of Speyer, Germany, two brothers, Dave Gordon of Long Island and Steve Austin of Dunnellon, FL, one sister, Janet Hungerford of Wellsville as well as several nieces & nephews. He was predeceased by a sister, Judy Ellsworth.

Canandaigua, NY - Nolan William Thomas, infant son of Ryan and Valerie Thomas passed away on Saturday March 1, 2014 at the Golisano Childrens Hospital in Rochester. He was born on February 24, 2014 at the FF Thompson Hospital in Canandaigua.

Nolan is survived by his parents, Ryan and Valerie, a sister Taylor at home; maternal grandparents, Dale and Rozanne Fisher of Wayland; paternal grandmother, Susan Thomas of Wellsville; several aunts and uncles. He was predeceased by his paternal grandfather Ronald Thomas.

Friends are invited to call on Wednesday, March 5 from 7-9 pm at the J.W. Embser Sons Funeral Home, 34 West State Street Wellsville, New York. Nolan's funeral service will be held on Thursday at the Brookside Wesleyan Church, State Route 417 East,Wellsville, New York at 11 AM. Donations in Nolan's may be made to the Ronald McDonald House in Rochester. To leave online condolences please visit www.embserfuneralhome.com.
Posted by Dick Helms at 4:15 PM 7 comments:

Belmont, NY - Helen M. Livergood, age 78, of County Road 48 passed away on Saturday, March 1, 2014 at Cuba Memorial Hospital. She was born on March 10, 1935 in Belmont to Edward and Erlene Watkins Sherwood. On December 9, 1954 in Friendship she married Richard Livergood who survives.

Helen was a lifelong resident of Belmont. She worked in several area businesses including the Kaiser Knitting Mill in Wellsville, the Perry Knitting Mill in Fillmore and later as a machinist at Mackler Industries in Friendship until her retirement in 1977. Helen was an avid hunter who also enjoyed fishing, gardening and crocheting. She attended the Knights Creek Evangelical Church in Scio, had taught Sunday school for many years at the Belmont First Baptist Church and loved the Lord.

Surviving beside her husband Richard are 2 daughters, Lorrie (Charles) Hicky of Cincinnati, Ohio and Rebecca (Jeffrey) Voss of Fillmore; a son, David Livergood of Colorado; 6 grandchildren; a sister Frieda Budde of Franklinville as well as several nieces and nephews.

Friends are welcomed to attend a graveside burial service on Tuesday, March 4, 2014, at 10 am in Forest Hills Cemetery in Belmont with Pastor Carl Kemp and Pastor Sam Wolcott presiding. Memorials in Helen's name may be given to the charity of the donor's choice. To leave online condolences please visit www.embserfuneralhome.com.
Posted by Dick Helms at 7:31 PM No comments:

Belmont, NY - Carl R. Dickerson, age 83, of State Route 244 passed away on Saturday, March 1, 2014, after a short illness at Rochester General Hospital. He was born on September 10, 1930 at home in Alma to Charles and Lina Harrington Dickerson. On April 11, 1953 in Alma he married the former Lucille Quick who survives.

Carl attended Wellsville Central School and served in the US Navy from 1955 to 1957. He was a self employed for several years with Dick Marsh as DicMar Construction. Carl later bought the Belmont Hardware in the mid 1970's till he sold it in the early 1980's. He then went to work for the former Brooks Farm and Home Center in Wellsville from where he retired. For 26 years he and Lucille ran Dickerson's Rest Home in Belmont and for the last several years he Lucille could be seen in Fassett Lane Lumber doing the year-end inventory. Carl was an active member of the First Baptist Church in Belmont where he served as a Sunday school teacher, youth leader and for 53 years was a deacon. Carl was an avid gardener and had two passions in life, faith and family.

Surviving besides his wife Lucille are a son Warren (Kim) Dickerson of Belmont; 2 daughters, Ann L. Brown and Anita (Marc) Johnson both of Wellsville; Several grandchildren, great grandchildren as well as several nieces and nephews.

Carl was predeceased by his parents, 2 sisters, Ruby Birch and Charlotte Kellogg, 3 brothers, Earl, Orville, and Arvis Dickerson, a granddaughter, Melissa Johnson and a son in law Steven Brown.

Friends are invited to call on Monday, March 3, from 2-4 and 7-9 pm at the J.W. Embser Sons Funeral Home in Belmont and on Tuesday from 1pm to 2 pm in the Belmont First Baptist Church. His Funeral Service will follow at 2 pm with Pastor Roger Downer with burial in Forest Hills Cemetery. Memorials in Carl's name may be made to either the Belmont First Baptist Church or to the American Cancer Society. To leave online condolences please visit www.embserfuneralhome.com.