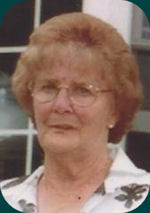 Pearl was a lifelong resident of Belmont and was formerly employed at Acme Electric in Cuba and Macler Industries in Friendship.

Friends are invited to call on Wednesday from 2-4 and 7-9 pm at the J. W. Embser Sons Funeral Home Inc., 17 Schuyler Street in Belmont. The funeral will be Thursday, May 2, 2013 at 2:00 pm in the funeral home with Deacon Frank Pasquale presiding. Burial will be in Forest Hills Cemetery. Memorials may be made to the American Cancer Society. To leave online condolences, please visit www.embserfuneralhome.com.
Posted by Dick Helms at 4:52 PM No comments: 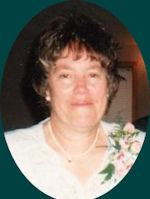 BELMONT, NY - Patricia Kane Pettnot, 76, passed away Monday, April 29, 2013 at the Hart Comfort House in Wellsville after 28 years of battling cancer. She was the daughter of the late Harold and Florence Greene Kane. On July 28, 1962 in Belmont she married Francis Pettnot who survives.

Friends are invited to call on Thursday, May 2, 2013 from 9:00 to 11:00 am at Holy Family of Jesus, Mary and Joseph Parish, 5 Milton Street in Belmont. Mass of Christian Burial will be celebrated at 11:30 am following visitation, with Rev. Sean DiMaria as Celebrant. Burial will be at St. Mary's Cemetery Belmont.

Wellsville, NY - Harold A. Schen, 89, of the Hallsport Road passed away on Sunday, April 14, 2013 at Jones Memorial Hospital after a lengthy struggle with congestive heart failure.

Harold was born in Wellsville, November 8, 1923 to Carl and Luvae (Ploss) Schen. Like many of that generation, Harold entered the Navy at the start of World War II, when he was 17 and served on the USS Augusta until the end of the war.  Harold returned to Wellsville after the war, and settled down to raise a family. Harold worked for Empire Gas, then National Fuel for 45 years.  After retiring Harold actively explored the countryside using snowmobiles in the winter or motor cycles or ATV's in the summer. For many years, Harold was an avid volunteer at Jones Memorial Hospital in Wellsville.

The family requests no flowers. Any donations or remembrances may be made in his memory to the JMH Axillary fund, in care of Brenda Milligan, 191 N. Main St, Wellsville, NY  14895.

Friends are invited to a graveside service, with military honors on Thursday, April 18, 2013 at 11:00 am in Woodlawn Cemetery, 276 S. Main Street in Wellsville.

Belfast, NY - Kathleen J. Johnson, 56, of 71 Sherman Avenue passed away Friday, April 12, 2013 at the Comfort House of Allegany County following a long illness. She was born December 12, 1956 in Cuba, NY the daughter of John and Rita (Shaffer) Johnson.

Kathleen was raised in Belfast, was a graduate Belfast High School and was a former resident of Belmont. She was a member of the Herbert DeLong Post 808 American Legion Auxiliary.

She is survived by a daughter, Lacie (Lance) Lavallee of Belfast, two grandchildren, Camden Smith and Layla Lavallee, both at home, her mother, Rita Winterhalter of Belfast, a brother, Dale (Karen) Johnson of Rochester, two sisters, Rita (Tom) Higley and Carol (Roy) Benjamin Both of Florida, as well as several nieces, nephews and cousins. She was predeceased by her father, John Johnson, her step-father, Fred Winterhalter and a brother, Ronald Johnson.

Friends are invited to call on Monday, April 15, 2013 from 12 noon to 1:30 pm at the J. W. Embser Sons Funeral Home Inc., 17 Schuyler Street in Belmont. A memorial service will follow at 1:30 pm in the funeral home with Pastor Richard Helms presiding. Burial will be in Forest Hill Cemetery in Belmont. The family suggests memorial donations be made to the Comfort House of Allegany County. To leave online condolences, please visit www.embserfuneralhome.com.

Posted by Dick Helms at 6:21 PM No comments:

Nancy was a lifelong resident of the Wellsville area and attended Wellsville High
School. She retired from the former Towne Motel after 35 years as Head House Keeper. Nancy was a member of the Immaculate Conception Church and was devoted to her family. She took great pride and joy in her grandchildren and great grandchildren. Nancy also enjoyed cooking especially around the holidays for her family.

Friends are invited to call on Sunday, April 14, from 6 to 8 pm at the J.W. Embser Sons Funeral Home in Wellsville. A prayer service will be held on Monday at 9am in The Funeral Home followed by a Mass of Christian Burial to be celebrated at 9:30 am in the Immaculate Conception Church. Father Sean DiMaria will be the Celebrant with burial in Sacred Heart Cemetery. Memorials may be made to either the David A. Howe Library or to the Allegany County SPCA. To leave online condolences please visit www.embserfuneralhome.com.
Posted by Dick Helms at 5:38 PM 1 comment:


Hobbs, NM - Kirk Howard Roeske, 52, of Hobbs, NM, passed away from a lengthy illness on Saturday, March 2, 2013 at the home he shared with his life partner Sami Harrison of Hobbs, NM.  He was born January 17, 1961 in Ontario, California, a son of the late Kenneth M. and Gladys K. (Wilson) Roeske  of Washington, NC, whom he lovingly referred to as "Chuck" and "Maude."

Kirk was a 1979 graduate of Wellsville High School, and earned both his bachelor's and master's degree from East Carolina University, Greenville, NC and was  a registered dietician and licensed nutritionist employed with the Lea Regional Medical Center in Hobbs. The scope of his healthcare career included hospitals and skilled nursing facilities across the United States.  He was proud of his chosen profession and possessed a love for the elderly.

Kirk was a loving and caring father and is survived by his 4 children: Misty Shearin of Chesapeake, VA, Jesse, Jillian and Jordan Roeske of Kingsley, PA and one grandson, Caleb Shearin.  His surviving siblings include: Pamela K. Deese of Chocowinity, NC, Kenneth M. Roeske of Port Carling, Ontario, Canada, and Kristopher E. Roeske of Bakersville, NC.

He was passionate about his family, his motorcycle, camping, spending time with friends and storytelling of his adventures.  He had particular interest in taking the path less traveled and will forever be remembered for his warm smile, hearty laugh and generosity he shared among family, friends, and strangers alike.

Family and friends are invited to attend a remembrance service celebrating Kirk to be held at the Island Park in Wellsville, NY on June 22, 2013 starting at 2 pm and ending at 6 pm.  In lieu of flowers donations can be made to benefit families and children living with autism through: The Brotherhood #74, c/o Charles Rich, Post Office Box 6057, Hobbs, NM 88241. To leave online condolences please visit www.embserfuneralhome.com.

Donnie graduated from Wellsville High School in 1986 where he played three different sports and especially loved playing baseball. Donnie later attended Buffalo State College. He enjoyed being a chef and he was an avid Buffalo Bills fan. Donnie worked at Cornell University for 14 years where he was a member of the UAW #2300. He was a member of the Eagles Lodge #1253and had been a member of the Elks Lodge #1495. Donnie will be remembered for his great love of his family and friends.

Friends are invited to call on Sunday, April 7, 2013, from 12 noon to 2pm at the J.W. Embser Sons Funeral Home, 34 West State Street, Wellsville, New York. At 2 pm a funeral service will take place in the funeral home with Deacon Frank Pasquale presiding. In lieu of flowers memorials may be made to the Wellsville Baseball Boosters, 126 West State Street Wellsville, New York 14895.  To leave online condolences please visit www.embserfuneralhome.com.
Posted by Dick Helms at 6:50 PM 10 comments:

She was born in the Bronx , on 11/25/21 to Alexander and Christina Mennie.
She married her kindergarten sweetheart, Roy Diedrickson who predeceased her in 1970. She was also predeceased by her son Roy (Skip) in 2009, and her parents and brothers, George, Alex, Tom & James.

She is survived by her son, Ken (Lynn) Diedrickson of Sedona, Arizona and daughter, Robin(Phil) Kellogg of Scio, NY. She was a wonderful grandma to 12 great kids, great grandma to 14 and a great-great grandma to Frankie.

She was a member of the Freeville United Methodist Church and the American Auxiliary of Dryden NY. She enjoyed singing in the church choir and spent many hours volunteering at both places.  Tina loved all kinds of music and was an amazing dancer. She enjoyed traveling with friends and family all over the United States.

A memorial service will be  held at the Freeville United Methodist Church on May 5th at  3PM. Arrangements are under the direction of the J.W. Embser Sons Funeral Home in Wellsville. To leave online condolences please visit www.embserfuneralhome.com.

In lieu of flowers, please send donations to the Freeville United Methodist Church PO Box 166 , Freeville, NY 13068 or to the Scottish Terrier Rescue Club of America. At  www.stca.biz.

Susan had worked for many years down state at several jobs including the retail business and also tax preparation. She will be remembered as a friendly outgoing woman who enjoyed socializing with others and who loved to spoil her grandchildren.

Survivors include: a son, Robin Gelber of Greenwood; 2 daughters, Barbara (Richard) Watkins of Greenwood and Maxine (Rusty) Youngs of Canisteo; a step son Scott (Katy) Leddy of Florida and a step daughter Doreen Leddy of Florida; 7 grandchildren; several nieces and nephews and her best friend Maryann Wilkes now of Florida.

She was predeceased by her sister Barbara Anderson.

Arrangements are under the direction of the J. W. Embser Funeral Home in Wellsville and there will be no calling hours or services. To leave online condolences please visit www.embserfuneralhome.com.