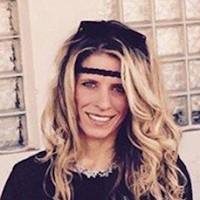 Fulmer Valley (Wellsville), New York - Kristen Aileen (Mattison) Hunt, 33, of Wellsville, passed away from unknown causes on Sunday, November 15, 2015.
Visitation will be held at 10 a.m. on Friday, November 27, 2015 at the Immaculate Conception Church in Wellsville, with a catholic service performed by Deacon Frank Pasquale at 11 a.m.. Burial will take place in Stannards Cemetery with a gathering of friends and family at the Willing Town Hall for the remainder of the day.

Kristen, referred to as “Binky” when she was a child and then as “K Matti” as she grew older, was born September 3, 1982, in Melrose, Massachusetts. She was the daughter of Guy and Lee Mattison, the fourth of five children. She graduated from Wellsville Senior High School with the class of 2001 and attended Alfred State College for a technology degree. With the degree, she was a technology specialist and business analyst for companies including Adelphia Communications, Corning Inc., Alstom and most recently Education Testing Services at Princeton University in Princeton, NJ.

Kristen married the love of her life, Daniel Hunt in Letchworth State Park on May 23, 2015. This was a day of celebration and unity of two beautiful hearts. Dan treated her like the princess she was. He loved her, and she loved him. Kristen brought him out of his shell and together they enjoyed their years together.

She always had a smile on her face, you never saw her without one. She’d walk into a room and it lit up! Her free spirit enabled her to travel with her husband. She introduced Dan to a wonderful new experience in life outside of New York. Daniel never strayed far from home, but with her he did. They loved to get in the car and just go for a ride, many times taking her beloved dog, Chico.

As a free spirit who loved to travel, she met people and made friends where ever she went. People were naturally attracted to her and her kindness. She saw the good in everyone. She touched so many hearts!

As a child and even into her adult life, Kristen liked to hang out and be surrounded by her family, all children and friends. She was blessed with and adored by her thirteen nieces and nephews, which at times you may have seen them all dangling from the trees or running through a farm field. Kristen was like a big child herself.

Throughout life, she had special bonds with her parents and siblings. As a family, they enjoyed going to the lake, boating and anything that had to do with a beach. Even if the family could not go somewhere, she would spend countless hours on the phone just chatting. Her grandmother, Aileen Richardson held a special place in her heart.

As a child, Kristen was a sports fanatic. She played soccer, softball, was on the prom court and was very popular. She was a fun-loving, active child who played tag-a-long with her older siblings. A neighborhood favorite was playing hide ‘n go seek in the neighborhood with about 20 other kids. She touched so many hearts!

She is preceded in death by grandparents, Clifford and Marian Mattison and William and Aileen Richardson and a brother in-law Tyler E. Hunt.

Kristen is loved by all who knew her, especially by her family and friends.
In honor of Kristen’s love of children, memorials in Kristen’s name may be given to Toys for Tots.

Wellsville, NY - Patricia Ann Tronetti, 85, of 58 Sunnydale Avenue passed away peacefully on Monday, November 16, 2015 in the comfort room of Jones Memorial Hospital; with her loving family at her side. She was born September 6, 1930 in Wellsville, the daughter of the late Charles and Doris (Sortore) Horner. Upon Doris’s death, Charles met and married Virginia Hauselt. On June 20, 1953 in Belmont, she married Joseph A. Tronetti who predeceased her on March 30, 1993.

Patricia was raised in Belmont, and was a graduate of Belmont High School. She attended Meyer School of Nursing in Buffalo and was employed as a Registered Nurse on the staff at Jones Memorial Hospital and later at Dresser-Rand Corporation in Wellsville.

Friends are invited to call on Friday from 2:00 to 4:00 and 7:00 to 9:00 pm at the J. W. Embser Sons Funeral Home Inc. in Wellsville, with Rosary being recited on Friday at 3:45 pm. A Mass of Christian Burial will be celebrated on Saturday, November 21, 2015 at 11:00 am in the Immaculate Conception Church in Wellsville. Burial will be in St. Mary’s Cemetery in Belmont. The family suggests memorial donations be made to the Belmont Free Library or the Hart Comfort House. To leave online condolences, please visit www.embserfuneralhome.com.
Posted by Dick Helms at 5:30 PM 2 comments:

Shoemakersville, PA - Harry K. Boyer, 90, passed away on Thursday, November 12, 2015 at Jones Memorial Hospital in Wellsville, NY following a brief illness. He was born April 9, 1925 in Puttstown, PA the son of the late Herman and Elsie (Leilensberger) Boyer. Harry was a self-employed plumber and heating contractor in the Shoemakersville area for many years. A private graveside service is being planned for a later date. To leave online condolences, please visit www.embserfuneralhome.com.
Posted by Dick Helms at 8:23 PM No comments:

Friendship, NY - Grace M. Lounsbury, “Loving mother and grandmother”, 87, of 4933 Maple Grove Road passed away on Thursday, November, 12, 2015 at Olean General Hospital following a lingering illness. She was born October 12, 1928 in Stannards, the daughter of Adelbert and Bertha (Fanton) Fanton. On April 2, 1960 in Horseheads she married William Lounsbury who predeceased her on September 22, 2011.

She is survived by a son, Eugene “Butch” Wentling and his wife Esther of Greenville, NC, two daughters, Kimberly Lounsbury of Friendship and Denise Luke and her husband Todd of Savannah, GA, 12 grandchildren, numerous great and great-great grandchildren and several nieces & nephews. She was predeceased by five brothers, Elmer, Norman, Lawerence, Herman, and Victor Fanton, two sisters, Lanora Geer and Leda Wentling and a grandson, Eugene Carl Wentling Jr.

Friends are invited to call on Monday, November 16, 2015 from 12 noon to 2:00 pm at the J. W. Embser Sons Funeral Home Inc. in Wellsville. The funeral will follow visitation on Monday at 2:00 in the funeral home. Burial will be in Stannards Cemetery. The family suggests memorial donations be made to the Wounded Warrior Project. To leave online condolences, please visit www.embserfuneralhome.com.
Posted by Dick Helms at 8:18 PM No comments:

He was a member of the Sons of the American Legion, Squadron 702 in Wellsville. He was a devoted son, who was a great help to his mother.

He is survived by his mother and father both of Wellsville, a brother, Daniel (Sharon) Keib of Wellsville, a sister, Kandra (Kevin) Garwood of Placerville, CA, and several aunts, uncles, nieces, nephews and cousins.

A private service is being planned for a later date. The family suggests memorial donations be made to any charity of the donor’s choice. To leave online condolences, please visit www.embserfuneralhome.com.

Posted by Dick Helms at 5:34 PM No comments: