Belmont, NY -  Lena Mae Burdick Chilson, age 84, of State Route 244 passed away on Thursday, September 26, at the Wellsville Manor Care Center. She was born on August 2, 1929 in Belmont on what was known as the Crabtree Farm to Everitts and Gladys Brisbee Burdick. On August 9, 1947 in Belmont she married Ernest Harvey Chilson who predeceased her in 1981.

Lena Graduated from Belmont Central School, class of 1947. She was well known in the 1970's as the Avon Lady in Belmont and she also worked at the Wellsville Manor in the laundry when it first opened. Lena helped fight the good fight when Allegany County was threatened with a nuclear dump site. Her family members still remember her famous white "radiation suit". She was a member of the Church of Christ in Scio and in her earlier years Lena entered numerous poem and jingle writing contests and won an amazing number of them.

Lena was preceded in death by her parents, her husband, a sister Helen Kemp and a brother Carl Burdick.

Friends are invited to call on Sunday, September 29, from 2-4 and 7-9 at the J.W. Embser Sons Funeral Home in Belmont. Lena's funeral will be held on Monday at 1 pm in the funeral home with Rev. Glen Layfield presiding. Burial will take place in Forest Hills Cemetery and memorials in her name may be given to the charity of the donor's choice. To leave online condolences please visit www.embserfuneralhome.com.

Scio, NY - Michael F. Kane, 65, of 3821 Dry Brook Road passed away on Sunday, September 22, 2013 at Jones Memorial Hospital in Wellsville following a brief illness. He was born October 8, 1947 in Dallas, TX the son of the late Francis and Nadine (Teel) Kane.

He is survived by two brothers, Dale (Eileen) Kane of Scio and Donald (Gertrude) Kane of Orlando, FL as well as several nieces & nephews.

A private graveside service and interment will be in Sacred Heart Cemetery in Wellsville. The family suggests memorial donations be made to the Wellsville Volunteer Ambulance Corps. To leave online condolences, please visit www.embserfuneralhome.com.

Belmont, NY - Randall E. Bentley Sr., 65, of 4215 Plumbottom Road passed away on Thursday, September 19, 2013 shortly after arrival at Jones Memorial Hospital in Wellsville. He was born April 27, 1948 in Wellsville the son of the late Edward and Geraldine (Treft) Bentley. On April 15, 1967 in Wellsville he married Lynn Green who survives.

"Randy" was raised in Belmont and was a graduate of Belmont High School. He was a veteran of the U.S. Marine Corps serving for nine years during the Viet Nam era. He first was employed on the family farm and later at Friendship Dairies for 30 years; retiring in 2008. He was a former member of Herbert Delong Post 808 American Legion. He was a football and NASCAR fan and enjoyed going to the local races almost every weekend.

Surviving in addition to his wife are two daughters, Susan (Steve) Tilley of Portville and Jennifer (Mark) Cline of Belmont, two sons, William (Stacy) Bentley and Randall Bentley, both of Belmont, 11 grandchildren, one brother, Edward Bentley of Arcade, two sisters, Auverne (Bill) Knarr of Cheektowaga and Sharon (Larry) Boyce of Ohio as well as several nieces & nephews. He was predeceased by a daughter, Carol White in 2005 and a sister, Linda Cross in 1993.

Friends are invited to call on Monday, September 23, 2013 from 7:00 to 9:00 pm at the J. W. Embser Sons Funeral Home Inc., 17 Schuyler Street in Belmont. The funeral will be Tuesday at 2:00 pm in the funeral home with Pastor Duane Broadwell presiding. Burial, with military honors will follow in Fairlawn Cemetery in Scio. The family suggests memorial donation be made to the Amity Rescue Squad. To leave online condolences, please visit www.embserfuneralhome.com 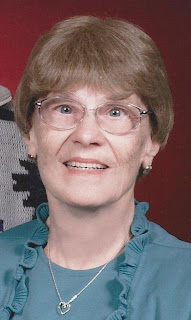 Wellsville, NY - Esther "Merie" Coyle, 80, of 1978 Stannards Road passed away on Tuesday, September 17, 2013 at Jones Memorial Hospital with her family at her side. She was born May 18, 1933 in Hornell the daughter of the later Harold and Neva (Ebersol) Gavitt. She was first married to Harold "Ralph" Hurlburt who predeceased her on December 27, 1968. On June 16, 2001 she Married Clair H. "Tug" Coyle who survives.

Merie was raised in the Arkport/Canaseraga area and attended school in Canaseraga. She was formerly employed at Rochester Products, Highland Healthcare Center in Wellsville and was a home health aide for Jan & Bev's Homecare in Wellsville, retiring in 1997. She was a member of the Willing Volunteer Fireman's Auxiliary and the Trinity Lutheran Church. She enjoyed growing flowers, gardening, puzzles and dancing.

Friends are invited to call on Thursday from 2-4 & 7-9 pm at the J. W. Embser Sons Funeral Home Inc. in Wellsville. The funeral will be Friday September 20, 2013 at 2:00 pm in the funeral home with Rev. Robert Morris presiding. Burial will be in Maplewood Cemetery in the Town of Alfred. The family suggest memorial donations be made to the Willing Volunteer Fire Department or the Trinity Lutheran Church. To leave online condolences, please visit www.embserfuneralhome.com.
Posted by Dick Helms at 9:03 PM 1 comment: 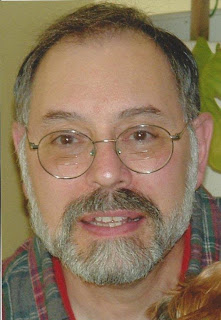 Wellsville, NY - Mark E. Libertone Sr., 65, of 222 Madison Street passed away on Monday, September 16, 2013 at home with his family at his side. He was born September 14, 1948 in Syracuse the son of the late Ernest and Ida (Demperio) Libertone. On August 23, 1969 in Solvay, NY he married Mary Elizabeth Torzon who survives.

He was employed at Umiker Monument Works as a layout and design artist. In 1990 he began freelancing as a graphic artist and in 1999 began working in computer graphics. He was the official artist for the Greater Wellsville Trout Derby since its inception. He also had illustrations in Fly Fisherman Magazine and the Maine Sportsman Magazine.

Mark was avid outdoorsman, but was especially known for his love of fly-fishing. He wrote numerous articles for the Wellsville Daily Reporter as well as for online magazines. He was an international known fly tyer, often doing fly tying demonstrations. His fly patterns can be found on various web sites. He was a founding member and served as both President and Secretary of the Upper Genesee River Chapter of Trout Unlimited. He was a past member of the Wellsville Rod & Gun Club, where he served as a New York State Certified Hunter Education Instructor for 20 years. He was the Founder of Flymphforum.com; where you can learn and discuss flymphs, soft hackles and spiders. He was also co-founder of the International Brotherhood of the Flymph with his good friends, Jim Slattery & William Anderson.

Friends are invited to call on Thursday from 2-4 & 7-9 pm and Friday from 10 to 10:30 am at the J. W. Embser Sons Funeral Home Inc. in Wellsville. A Mass of Christian Burial will be celebrated on Friday, September 20, 2013 at 11:00 in St. Joseph's Church in Scio, NY with Rev. Sean DiMaria as Celebrant. Burial will be in Woodlawn Cemetery, Wellsville. The family suggests memorial donations to Home Care & Hospice. To leave online condolences, please visit www.embserfuneralhome .com.
Posted by Dick Helms at 8:55 PM 2 comments:

Wellsville, NY - Martha H. Perkins, age 103, of North Drive passed away on Tuesday, September 10, 2013 at Jones Memorial Hospital. She was born on February 2, 1910 in Hornell to Alvin Eugene and Elizabeth Paul Miller. On August 1, 1935 in Canisteo she married Victor B. Perkins who predeceased her on December 25, 1978.

Martha was raised in Hornell where she graduated from high school and worked for the Hornell Hosiery. After her marriage to Victor they moved to Scio and then in 1964 they made Wellsville their home. She worked for Jones Memorial Hospital in the cleaning department and later she worked for the former Davies's Department Store in Wellsville. Martha was a member of the Christian Temple Church of Wellsville and it's sewing club and will be remembered for her clean house.

Martha was predeceased by a grandson Jason Arnold and also an infant grandson as well as a daughter in law Judy Perkins.

Friends are invited to call on Friday, September 13, from 12 noon to 2 pm at the J.W. Embser Sons Funeral Home in Wellsville. Her funeral service will be held at 2 pm following the calling hours with Rev. Ralph Wagner presiding. Burial will take place in Fairlawn Cemetery in Scio and memorials in Martha's name may be given the Christian Temple Church. To leave online condolences please visit www.embserfuneralhome.com.
Posted by Dick Helms at 8:44 PM No comments: 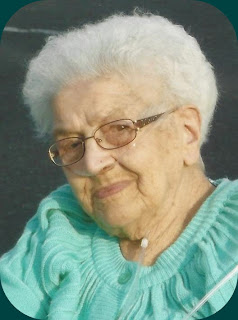 Scio, NY - Elsie M. White, 92, of Middaugh Hill Road passed away on Friday, September 6, 2013 at the Highland Park Care Center in Wellsville. She was born September 26, 1920 in Austin, PA The daughter of the late David and Ella Mae (Smith) Miller. She was first married to Marion White Sr. who predeceased her on December 29, 1959 and later married Larry White who predeceased her on January 17, 1989.

Elsie was formerly employed in Wellsville, at the Button Factory and Jones Memorial Hospital. She was a member of the Royal Neighbors.

She was predeceased by a daughter, Sandy Wallace, a step daughter, Naomi "Tootie" LePore, a granddaughter, Shelley Slocum Benson, a grandson, Gary LePore and several brothers and sisters.

Friends are invited to call on Monday from 2-4 and 7-9 pm at the J. W. Embser Sons Funeral Home Inc. in Wellsville. The funeral will be Tuesday, September 10, 2013 at 1:00 pm in the funeral home with Glen Layfield presiding. Burial will be in Fairlawn Cemetery in Scio. The family suggests memorial donations to the Highland Park Care Center or the SPCA Serving Allegany County. To leave online condolences, please visit www.embserfuneralhome.com.
Posted by Dick Helms at 2:11 PM 5 comments:

Wellsville, NY - Margariet S. Lanterman Gardner, 84, a long time resident of the Murphy Mulvey Road passed away on Monday, September 2, 2013, at the Wellsville Manor Care Center. She was born on December 15, 1928 in Germantown, Pennsylvania to Alfred and Margaret Noll Kuehn. On April 17, 1948 in Dunmore, Pennsylvania Margariet married Marvin L. Lanterman who predeceased her on May 20, 1968. In Wellsville on October 18, 1975 she married Edwin W. Gardner Sr. who predeceased her on February 26, 2006.

Margariet was christened on March 31, 1929 at the Wakefield Presbyterian Church in Germantown, Pennsylvania where later taught Sunday school.

Margariet was predeceased by her mother Margaret Parker, her father Alfred Kuehn and a grandson Marvin David Lanterman.

Friends are invited to call on Saturday, September 7, 2013, from 12 noon to 2 pm at the J. W. Embser Sons Funeral Home in Wellsville at which time a funeral service will be held with Rev. Ralph Eastlack presiding. Burial will be in the Woodlawn National Cemetery in Elmira. Memorials in Margariet's name may be given to the charity of the donor's choice. To leave online condolences please visit www.embserfuneralhome.com.
Posted by Dick Helms at 5:22 PM No comments: