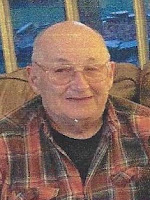 Belmont, NY - Dale N. Bledsoe, loving husband, father, grandfather and great-grandfather passed away on January 27, 2021 at Strong Memorial Hospital from complications of COVID-19. He was born May 2, 1945 in Wellsville to the late Merle and Grace (Abbey) Bledsoe.

Dale served in the US Air Force, retired from Alstom and after retirement drove for Bokman. He was a member of the American Legion Post 808, HOG and Allegany County Veterans. Dale enjoyed traveling to visit family or just see the country.  He loved riding his Harley and spending time with family and friends.  He never met a stranger and will be missed by all.

Due to COVID-19 restrictions, a private family service will be held. In lieu of flowers memorial donations may be sent to Allegany County Vets or the Hart Comfort House. To leave online condolences please visit, www.embserfuneralhome.com. 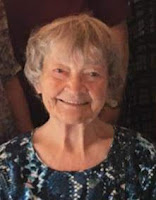 Helen grew up in Short Tract, and was a 1946 graduate of Fillmore Central School. She operated the Short Tract Telephone Company switchboard in Short Tract until 1958, and was employed by Dinion Coil Company and Perry Knitting Mill in Fillmore until 1966. She has resided in Belmont since 1963. She enjoyed reading, playing cards, square dancing, camping, and most of all - her grandchildren.

A graveside service for Helen is being planned for the Spring of 2021 in Freedom Cemetery. Please consider memorial donations to the Amity Rescue Squad. To leave online condolences, please visit www.embserfuneralhome.com.

Posted by Dick Helms at 1:00 PM No comments:

Wellsville, NY - Kenneth A. Curry, 84, of Fuller Valley Road, passed away on Sunday, January 24, 2021 at Jones Memorial Hospital. He was born on January 1, 1937 in Wellsville, the son of the late Fred D. and Dorothy Marie (Granger) Curry.

Ken was raised in Wellsville and was a graduate of Wellsville High School. He was first employed at Jones Memorial Hospital before moving on to the Wellsville Police Department where he served as a Radio Patrol Officer. He then became a Machinist for Bausch & Lomb in Rochester where he worked for many years. He was an avid gardener, hunter, fisherman, and operated his own sugar shack.

He is survived by: five children, Steven Curry of LeRoy, Jeff (Mary Alice) Curry of NH, Andrew (Wendy) Curry of Palmyra, Collette Curry of Wellsville, and Tammy (Allan) Rice of Spencerport; fourteen grandchildren; eleven great-grandchildren; a sister, Marilyn Swartout; and several nieces and nephews. In addition to his parents, he was predeceased by: a daughter, Patricia Clark; and five siblings.

Wellsville, NY - Barbara C. Munro, 81, of Hillcrest Drive, passed away Saturday, January 23, 2021 at home, surrounded by family, following a brief battle with cancer. She was born on August 6, 1939, in Belmont, the daughter of the late Joseph and Mary (DeAngelis) Tronetti. On January 26, 1963 in St. Mary's Church in Belmont, she married her husband of twenty-seven years, Terry D. Munro, who predeceased her on June 15, 1990.

Barb was raised in Belmont, and formerly resided in Newark, DE, before moving back to Wellsville in 1982. She was President of Release Coatings of New York, retiring in 2001. She was a member and past President of the Wellsville Rotary Club, and volunteered for the Allegany County Chapter of the American Red Cross.

She is survived by, three daughters, Katherine (Peter) Kosciewicz of Garnet Valley, PA, Sandra (John Jr.) DiMaio of Bear, DE, and Ann (Neil) Lambiotte of Charlotte, NC; seven grandchildren, John III (Bridget), Emily, Sarah, Matthew, Andrew, Christopher, and Charlie; her first great-grandson, is on the way; a brother, Charles “Bud” Tronetti of Belmont; as well as several nieces and nephews. In addition to her parents and husband, Barb was predeceased by a brother, Joseph Tronetti.

A private Mass of Christian Burial is being planned, and burial will follow at  Sacred Heart Cemetery, Wellsville. A public memorial will be planned for the Summer of 2021. In lieu of flowers please consider memorial donations to the Wellsville Rotary Club. To leave online condolences please visit www.embserfuneralhome.com.

Posted by Dick Helms at 5:01 PM No comments:

Belmont, NY - Helen Winterhalter, 84, of Milton Street, passed away unexpectedly on Tuesday, January 19, 2021. She was born in Tuckers Corners on October 7, 1936 the daughter of Clifford and Tillie (Quant) Whitney. On October 12, 1957 in St. Mary's Church, Belmont she married her husband of sixty-three years, Jack Winterhalter.

Helen is a longtime resident of Belmont. She graduated from Belmont Central School, St. James' school of Nursing, and from Pediatrics at Buffalo Children's Hospital. Helen loved being a nurse, she was employed as a Public Health Nurse for Allegany County, and eventually retired from Angelica Central School after being their school nurse for many years. She belonged to Holy Family (formerly St. Mary's), The American Legion Auxiliary 808, and enjoyed bowling at Community Lanes. Helen was also an avid golfer, flower gardener, loved driving her ghetto cruiser, and loved the Boxer dog breed. 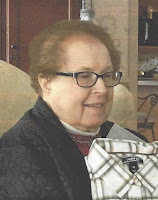 Wellsville, NY - Lee Gridley, 82, passed away on Wednesday, January 20, 2021 at Highland Hospital in Rochester, NY following a long battle with illness. She was born in Buffalo, NY on May 19, 1938 the daughter of the late Daniel and Cynthia (Fassett) Gridley.

Lee was a lifelong resident of Wellsville; who was a 1956 graduate from Wellsville High School. In 1960 she graduated from Goucher College in Towson, MD with her Bachelor's degree. She later earned her Master's in Education from Alfred University. She taught history at Richburg Central School for the majority of her career before retiring. History was not only a subject to teach, but a passion. Lee was a very active member in the Allegany County community, highlights from her very long resume of service include: The Allegany County Planning Board, where at different times she has held the positions of member, secretary, vice chairman, and chairman; The Woman of Distinction Award from the New York State Senate, awarded to her on April 25, 2003; an original and current member of the Comprehensive Plan Implementation Group; a founding member of Genesee River Wilds, where she also served as secretary for years; one of the original members of the Greater Allegany Chamber of Commerce, also serving as secretary for a number of years; a member of the Allegany County Development Advisory Board; and a member of Allegany County Republican Party where she served as committeeman and female vice chairman. She was also a member of St. John’s Episcopal church.

She is survived by: a sister, Samantha (Clinton) Gilkey of Wellsville; a nephew, Christopher (Mary) Minges of West Henrietta; a niece, Sheila (Kevin) Murphy of Wellsville; and great nieces and nephews, Jenna Minges, Ryan Minges, Daniel Murphy, and Shawn Murphy.

At this time Lee’s family is  planning a memorial service for a later date due to COVID restrictions. Burial will take place in Woodlawn Cemetery. Friends are asked to please consider memorial donations to the Jones Memorial Hospital Foundation or The David A. Howe Library. To leave online condolences please visit, www.embserfuneralhome.com. 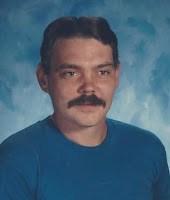 Ed was raised in Arcade, NY. He began his career in custodial services at Wellsville Manor Care Center before moving on to Scio Central School; where he was employed for many years. He was a former member of the Scio Rod & Gun Club, an avid hunter, fisherman, and trapper.

At his request, there will be no services. Friends are asked to consider memorial donations to the SPCA Serving Allegany County. To leave online condolences, please visit www.embserfuneralhome.com. 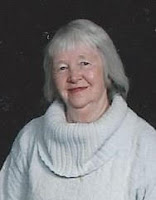 Allentown, NY - Joyce E. Watson, 81, of Melvina Street, Allentown passed away on Thursday, January 7, 2021 at Jones Memorial Hospital following a long illness. She was born in Olean on November 13, 1939 the daughter of the late Fredrick and Rose (James) Ervin. Though she was born in Olean, after a bit of moving, Joyce settled in Allentown, which is where she considered home.

For a time, Joyce worked for Eastman Kodak, however, she found her career at Jones Memorial Hospital. For seventeen years Joyce served the community in Jones' house keeping department. Joyce loved bingo, animals (especially her dog “Bo”), and collecting coin banks; she always very much looked forward to The Ham and Leek dinner at the Richburg Fire Department, cook-outs with her family, sitting around the campfire cooking s'mores, and senior center trips to casinos. She was a beloved member of the Brookside Weslyan Church of Wellsville.

Joyce is survived by: two sons, Rodney Watson of Olean and Jeffrey Watson of Fort Walton Beach, FL; a daughter, Terri Paiz of Oak Harbor, WA; eight grandchildren; several great-grandchildren; a brother-in-law, Gene Schram of Allentown; a sister-in-law Joyce Ervin of FL; several nieces and nephews; and a special friend Robert Mitchell. She was predeceased, in addition to her parents, by: two daughters, Diane McCaffery and Sandra Prentice; a great grandchild, Sarah Paiz; a brother, Thomas Ervin; and a sister Mary Schram.

Friends are invited to call on Monday, January 11, 2021 to the J.W. Embser Son Funeral Home in Wellsville, NY (34 West State Street) from 11:00 am to 1:00 pm. Joyce's funeral service will follow visitation at 1:00pm with Rev. William Lawson presiding. Due to COVID restrictions, the service will also be live streamed to the J.W. Embser Sons Facebook page. Burial will take place in Maple Lawn Cemetery, in Bolivar. In lieu of flowers, please consider memorial donations to The SPCA Serving Allegany County. To leave online condolences please visit, www.embserfuneralhome.com.

He was a long time employee of Air Preheater, he began his career there in 1947 and retired in 1986.

Don was predeceased by his parents, his wife of forty-three years Virginia, a brother William Weber and, a sister Marilyn Perkins.

In keeping with Don's wishes there will be no services and burial will take place in Hillside Cemetery in Andover. Memorial's in Don's name may be made to the charity of the donor's choice. To leave online condolences please visit, www.embserfuneralhome.com.

Wellsville, NY - Christopher E. Emerson, 72, of South Brooklyn Avenue passed away on Sunday, January 3, 2021 at Wellsville Manor Care Center. He was born in Wellsville, NY, on March 18, 1948 the son of  the late Eslie L. and Carla (Anderson) Emerson.

Chris was a 1966 graduate of Wellsville High School. He was a longtime employee at the Allegany Arc where he worked as a purchasing agent and supervisor, and retired in 2018. Chris was involved in his community: he was a lifetime member and past governor of The Wellsville Moose Lodge 601; a life member of the Frank B. Church VFW 2530 Auxiliary; and a member of the Sons of the American Legion Squadron 702. He enjoyed golfing, was an avid fan of the New York Yankees, and the Pittsburgh Steelers.

Christopher is survived by: his nephew, Alan (Yvonne) Emerson of Shongo; great-nieces, Nora Emerson of Shongo, and Grace Emerson serving with the United State Air Force; sister-in-law Doris Emerson of Genesee, PA; and many beloved friends. He was predeceased, in addition to his parents, by: two brothers, Lee and Van Emerson.

A graveside service and celebration of life for Christopher is being planned for the Spring of 2021. Burial will be in Woodlawn Cemetery, Wellsville. In lieu of flowers,  please consider memorial donations to The Allegany County Cancer Services. To leave online condolences, please visit www.embserfuneralhome.com.