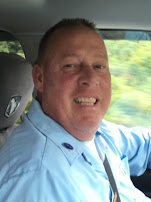 Wellsville, NY - Gregory Eric Ott, 55, of 3113 A. Wightman Road passed away on Friday, August 21, 2020 at the Hart Comfort House following a six month battle with cancer. He was born February 3, 1965 in Hornell the son of George W. and Mary Agnes (Hibbard) Ott. On June 20, 2015 in Mount Morris he married Jennifer Lynn Ludden who survives.

Greg was a 1983 graduate of Wayland Central School; where he played varsity basketball and baseball. He also played Vince Lombardi Youth Football for several years. He was a New York State Corrections Officer for over 30 years. He began his career at Otisville Correctional Facility and later transferred to Groveland Correctional Facility. Greg took great pride in his career, and was a NYSCOPBA Union Steward for many years.

He was a member of the Franklinville Snowmobile Club, and enjoyed snowmobiling, hunting, and farming. He worked the Votypka Potato Farm in Wayland, and the Kan-B-Done Family Farm in Canaseraga.

Greg was a hard worker and loved by everyone who knew him. His smile would light up the room, and  had many close friends, too many to mention.

Friends are invited to call on Monday, August 24, from 4:00 to 8:00 pm and Tuesday, August 25, from 9:30 to 10:30 am at the J. W. Embser Sons Funeral Home Inc., 34 W. State Street in Wellsville. A Mass of Christian Burial will be celebrated on Tuesday at 11:00 am in the Immaculate Conception Church, 36 Maple Avenue in Wellsville. In lieu of flowers please consider memorial donations to the Hart Comfort House, 141 E. State Street, Wellsville, NY 14895. To leave online condolences, please visit www.embserfuneralhome.com. 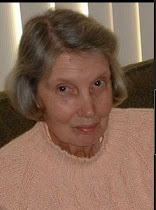 Almond, NY - Jean-Louis (Stockin) Slocum went home to be with the Lord on Sunday, August 16, 2020 in Canton, Ohio. Jean was raised in Arcade and Couriers, New York. After high school she went on to graduate from Millard Fillmore Hospital School of Nursing in 1953. She then worked briefly for the Visiting Nurses Association. She was employed as a Registered Nurse at General Motors in Tonawanda, NY until her retirement. It was there that she met the love of her life, Harold J. Slocum. They were married shortly there after, and resided in North Tonawanda where they raised their two children. They retired to West Almond, New York in the early 1980's, where they enjoyed the rest of their days together before Harold's passing in 2014. Jean enjoyed teaching Sunday School, gardening, sewing, walks in nature,  playing the piano, and spending time with her family.

She was predeceased in addition to her husband by her parents, Leighton K. and Lillian (Morse) Stockin and her daughter, Linda (Slocum) Lowe who joined Jesus in Heaven in 2001. 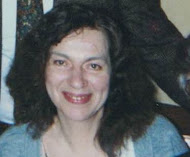 Wellsville, NY - Elizabeth “Liz” Fenn, 78, passed away Friday, August 14, 2020. She was born on Long Island, and was a graduate of the Katherine Gibbs School in Manhattan. She was employed in New York City until her marriage and was carried off to the Philadelphia suburbs for 10 years.

Liz later became a working partner of a registered Holstein dairy farm in upstate New York. Eventually, she moved over to the Tug Hill Plateau amidst its glorious monumental snowings, living as curator within her 1885 one room school house museum that was open to the public. For her efforts on Tug Hill, she was presented with a New York State Senate citation. From there Liz advanced her writing career by freelancing a weekly newspaper column and writing ads for WKAL in Rome, NY. She also was published worldwide over 200 vignettes of near wilderness life as she experienced it among those persons she encounter and loved. For some of these she was given invitational reads at St. Lawrence University, Kingston, Ontario, Columbia University, NYC and Borders Books in Syracuse, NY.

In the summers Liz mentored creative writing within a tri-county program for advanced high school seniors. Liz is known further for having taught classical Haiku poems to students in public and private schools, as well as groups of adults via the Haiku Conservatory which she founded. Besides Liz’s love of travel on snowshoes, she also enjoyed solo hikes and forest camp-outs with her loving canine companion, Bobbie. She served for a time as secretary for the Creative Writers of the Southern Tier, and was a communicant of the Immaculate Conception R.C. Church in Wellsville.

Liz was predeceased by her parents, Leo and Clara (Mehltretter) Klarman, and a baby brother, Robert Charles. She leaves behind three sons, Scott Edward, Mark Andrew and his wife Kelly, Troy Joseph, and his wife Lisa, a daughter, Kirsten Theresa-Marie and her husband David, and four grands, Gregory Joseph, Steven Michael, Josephine Claire and Susannah Leigh.

Friends are invited to call on Thursday, August 20, 2020 from 10:00 to 11:00 am at the Immaculate Conception Church, 36 Maple Avenue in Wellsville. A Mass of Christian Burial will follow at 11:00 am. Burial will in St. Joseph’s Cemetery in Scio. In lieu of flowers, please share a donation to Aid for the Church in Need or Heifer International. “May God bless you all” To leave online condolences, please visit www.embserfuneralhome.com. 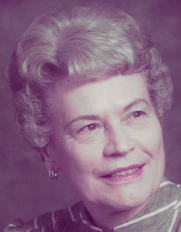 Barbara (“Tootie”) Ann Potter passed away on Saturday, August 8, 2020 at Highland Park Rehabilitation and Nursing Center in Wellsville, New York.  Barb was born on April 13, 1920 in Canton, Ohio, and was the daughter of William and Maude Yerrick.  She is predeceased by her parents, husband Vernon Potter, infant son Philip Potter, teenage son Stephen Potter, and brother William Yerrick.

Barb was raised and educated in Wellsville, a graduate of the Class of 1938.  She worked at Davie’s Department Store, Bradley Producing Company, The First Trust Bank, as well as the family contracting business R.S. Potter and Son.  Barb was an active community member, serving in many positions.  She was a lifelong member of the Girl Scouts, from scout to leader to Council President.  She was also very active in the Beta Sigma Phi Sorority, Monday Club, Grand Squares dancing club, and Jones Memorial Hospital Auxiliary.  Barb was a member of the United Methodist Church her entire life.  Most of all, she was a very present and loving daughter, sister, wife, mother, grandmother, and great grandmother.  Her family was her greatest pleasure; she got such a kick out of the young ones.

Family and friends may call on Wednesday August 12 from 10 am until 11 am in the J.W. Embser Sons F.H. in Wellsville at which time a funeral service will be held with Elva Cornell presiding. Friends are invited to view live on Facebook at http://www.facebook.com/JWembserfuneralhome/ Burial will take place in Woodlawn Cemetery, Wellsville, NY. 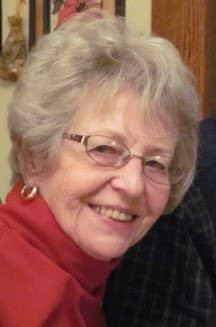 Wellsville, NY - Marilyn R. Cornelius, 83, of 4192A Bolivar Road passed away on Friday, July 31, 2020 at the Wellsville Manor Care Center, with her family by her side. She was born March 25, 1937 in Niagara Falls, NY, the Daughter of the late Martin and Viola (Walck) Pfohl. On July 9, 1955 in Elm Valley she married Louis “Ben” Cornelius who predeceased her on December 19, 2018.
Throughout her life, Marilyn was employed in several professions, including a Telephone Operator for New York Telephone, being a waitress for The Coffee Pot, Long View, and Howard's, selling Avon, and working at the Allegany County Jail. However, Marilyn found her calling in nursing. She had been scheduled to be the valedictorian of her senior high school class but instead, opted to follow her heart and marry Ben before having the opportunity to graduate. At the age of 45 she began to pursue her dream and career, she obtained her GED and enrolled in the Alfred State College nursing program. She not only had perfect attendance, but earned high grades and the respect of the younger students. They loved her so much, they nominated her their class president. Upon graduating with an associates degree, Marilyn would work in both Olean General and Jones Memorial hospitals.
Marilyn and Ben were members of the Trinity Lutheran Church, and Marilyn was a member of the Wellsville Volunteer Ambulance Corps. She was a devoted daughter, sister, wife, mother, mother-in-law, grandma, aunt, nurse, and friend to many. Her work on Earth is done, and she is home with her Lord.
Surviving are two sons, Louis “Ben” (Judith) Cornelius, and Bradley Cornelius both of Wellsville, a daughter, Karen Lane of Virginia Beach, VA; six grandchildren, Justin (Kari) Cornelius, Matthew (Diana Gowdy) Cornelius, Brian Lane, Kelly Lane, Joshua Cornelius, and Jacob Cornelius; a brother Delbert (Joanne) Phohl, and a sister Lorraine (Larry) Steingasser, both of Sanborn, NY; as well as several nieces and nephews. She was predeceased in addition to her parents and husband by an infant daughter, Sharon, and brother Melvin.
Private Services will be held for family to honor her memory and celebrate her life.  Burial will be in Alfred Rural Cemetery. Please consider memorial donations to the SPCA Serving Allegany County, in memory of Elmo. To leave online condolences, please visit www.embserfuneralhome.com.
Posted by Dick Helms at 11:04 AM 2 comments: 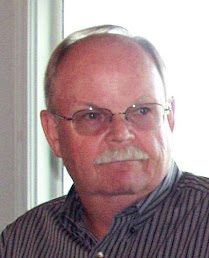 Wellsville, NY - Gary Charles Allen, 74, of Wellsville, NY passed away peacefully at Jones Memorial Hospital, Wellsville, on August 1st, 2020, after a sudden brief illness.
Gary is survived by his children, Shane Allen and Holly (Allen) Perkins; son-in-law Christopher Perkins; his grandchildren, Alexander and Reegan Perkins; sister Suzanne (Allen) Rehler and wife Susan (Bellows) Allen. He is preceded in death by his parents Charles and Elma (Ritter) Allen of Wellsville.
Gary was born on December 29, 1945. He graduated Wellsville High School class of 1963. Shortly after was drafted to the US Army to serve in the Vietnam War. After returning from active tour, he started his 42 year career working at (what is known today as) LJUNGSTRÖM, (Formally known as CE Air Preheater), where here he met and married Susan Bellows. While raising two children together with Susan, working full-time,  and lovingly providing for his family, Gary completed his bachelor's degree from SUNY Empire State College in Business Management and Economics. He founded and established Computer Solutions in Wellsville. Continuing work with Air Preheater, led him to establishing ABB ATT Tamar Consortium in Spain for the international manufacture of ABB products.
Later in life, Gary retired to Florida where he enjoyed building, machining, and restoring hit & miss engines. Gary was an avid wine maker, enjoyed hunting and actively played golf.

Throughout his life he was involved in several organizations: Past Master Order of DeMolay, a free and accepted Mason, he served as Chief of Willing Fire Department and was named Allegany County Fireman of the Year and was also a Past President and active member of the Wellsville Lions Club.

With accordance to his wishes, no funeral or reception is scheduled and his body will be cremated. Please feel free to send any memorial donations, in Gary’s name, to the Wellsville Lions Club Charities Inc. at, PO Box 576, Wellsville, NY 14895.
The family would like to thank all the caregivers, hospital staff, and nurses at Jones Memorial Hospital for their efforts, care and dedication. To leave online condolences, please visit www.embserfuneralhome.com.
Posted by Dick Helms at 3:11 PM 4 comments:

Wellsville, NY - Samantha T. Hennessy - The friends and family of Samantha Hennessy are invited to a memorial service on Saturday, August 8, 2020 at 11:00 am at Crosstown Alliance Church, 450 N. Highland Avenue in Wellsville. Burial will follow in Sacred Heart Cemetery.
Samantha died on March 26, 2020. To read the complete obituary or leave online condolences, please visit www.embserfuneralhome.com.
Posted by Dick Helms at 2:25 PM 1 comment: