Carl enjoyed working at Dresser-Rand in Wellsville as a machinist for 35 years. He was a member of the Scio Lions Club, the Scio Sunshine Club, the Trinity Lutheran Church and the Mens Club at his church. Carl was well known for his baking, especially for his pies and cookies. He enjoyed hunting, fishing, NASCAR and spending time with his friends, family and neighbors.

Wellsville, NY - Robert E. Brandes, age 72, of the Vorhees Hill Road passed away on Sunday, April 26, 215, at the University of Rochester Medical Center in Rochester. He was born on October 25, 1942 in Wellsville to Walter and Medora Lish Brandes. On June 10, 1967 in Wellsville he married Connie Meyn who survives.

Bob graduated from Wellsville Central High School in 1960. He spent his life on Vorhees Hill on the family dairy farm and while in High School with the 4 H he judged vegetables across the United States. Bob had been a long time president of the Dairylea Milk Coop for Allegany County, a 12 year chairman of the Farm Service Agency in Belmont and in 1997 his farm was voted Conservation Farm of the Year by the Allegany County Soil and Water Conservation District. He was a member of the First United Methodist Church of Wellsville. Bob had a great sense of humor who enjoyed playing cards and board games. He will be remembered as a loving and supportive husband, father and grandfather.

Bob was predeceased by his parents and his brother Joe Brandes.

Friends are invited to call on Saturday, May 2, 2015, at the Wellsville First United Methodist Church from 1 to 3 pm at which time a funeral service will take place with Reverend Greg DeSalvator presiding. In lieu of flowers memorials in Bob’s name may be made to either the Hart Comfort House or to the Wellsville First United Methodist Church. To leave online condolences please visit www.embserfuneralhome.com.
Posted by Dick Helms at 8:10 PM No comments: 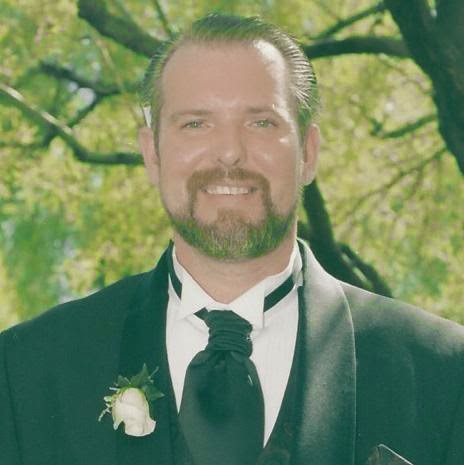 Wellsville, NY - James Ira “Jesse” Shaver, age 49, of 62 Railroad Avenue passed away on Saturday, April 25, at Olean General Hospital. He was born on June 2, 1964 in Wellsville to Ronald and Clara Hosmer Shaver.

Jesse graduated from Andover Central High School and enlisted in the US Army.

He moved to Tucson, Arizona where he was the manager of the Elta Vista Apartment Complex and owned the entertainment newspaper called “Stepping Out”. Jesse moved to Mount Lemon in Arizona and in 2006 he moved to Wellsville to be closer to his family. He was a member of the Shepherd of the Valley Lutheran Church in Wellsville and volunteered at the Youth for Christ where he started the POP for Passage Program. Jesse enjoyed his church family, throwing darts and socializing downtown in Wellsville. He will be remembered as a talented portrait artist and a true gentleman.

Jesse was predeceased by a brother Scott Lee Shaver in 2009.

Friends are invited to call on Friday, May 1, 2015, from 6 to 7 pm at the Sheppard of the Valley Church on Fassett Lane where his memorial service will be held at 7 pm with the Reverend Carl Knitter presiding. Memorials may e made to charity of the donor’s choice. To leave online condolences please visit www.embserfuneralhome.com.
Posted by Dick Helms at 7:57 PM No comments:

Marilyn was raised in Wellsville. She was a devoted and loving wife and stay-at-home mother to her children, grandchildren and great-grandchildren and was a special friend to many people throughout her life. For several years she volunteered her time at the voting booths and the cafeteria at ICS. She enjoyed baking, crocheting, quilting and took great pride in her gardening and flowers that were always in bloom and on display at her house.

Friends are invited to call on Thursday, April 30, 2015 from 2-4 and 7-9 pm at the J.W. Embser Sons Funeral Home, Inc. in Wellsville. The funeral will be Friday at 1:00 pm in the funeral home, with Rev. Randy Headley presiding. Burial will be in Woodlawn Cemetery. In lieu of flowers, memorial suggestions include Allegany County Association for the Blind and Visually Handicapped, Wellsville Montessori School or Immaculate Conception School. To leave online condolences, please visit www.embserfuneralhome.com.
Posted by Dick Helms at 7:50 PM 3 comments:

Bolivar - Martin Lee Cole, age 66, of Friendship Street passed away on Thursday, April 23, 2015, at Olean General Hospital. He was born on November 29, 1948 in Olean to Howard and Flora May Ferrington Cole. On September 26, 2002 in Richburg he married Margaret Lounsberry who survives.

Martin was a lifelong resident of the area and had served in the US Army during the Vietnam War. He worked for Dresser Rand and later for Fiber Cell in Portville. Martin enjoyed fishing and attending Total Senior Care in Olean. He was a member of the VFW Post #2530 in Wellsville where he enjoyed socializing and dancing.

Martin is survived by his wife Margaret and her children, William [Cindy] Lounsberry of Hinsdale, Sue [Jim] Bowker of Cuba, Martha Roy of Greenwood, Mary Morris of Wellsville and Johnny Wagner of California; several step grand and great grandchildren; a brother Larry [Brenda] Cole of Scio and a sister Patricia Black of Biloxi, MS.; several nieces and nephews.

Martin was predeceased by his parents and a brother Jim Cole.

Friends are invited to attend a memorial service on Thursday, April 30, 2015 at 11 am at the J.W. Embser Sons Funeral Home in Wellsville with Reverend Carl Kemp presiding. Memorials may be made to the charity of the donor’s choice. To leave online condolences please visit www.embserfuneralhome.com.

Posted by Dick Helms at 7:16 AM No comments:

Dawn was a foster mother and care giver to a number of children and adults for many years. She was a member of the Morrison Hayes Post 702 American Legion Auxiliary and the Legion Riders.

Friends are invited to call on Tuesday, April 21st from 10:00 am to 12 noon and 2:00 to 4:00 pm at the J. W. Embser Sons Funeral Home Inc. in Wellsville. The funeral will follow visitation on Tuesday at 4:00 pm in the funeral home with Rev. Carl Kemp presiding. The family suggests memorial donations be made to Children’s Hospital in Buffalo. To leave online condolences, please visit www.embserfuneralhome.com.
Posted by Dick Helms at 8:26 PM 4 comments:

Wellsville, NY - Marcella Marie Richardson, 86, a resident of Manor Hills, passed away on Thursday, April 16, 2015 at Jones Memorial Hospital, with her family at her side. She was born March 29, 1929 in Hammond, Indiana the daughter of James P. and Florence A. (Moylan) McGinnis. On September 23, 1950 in Wellsville she married Francis E. Richardson who predeceased her on July 22, 1982.

Marcella moved to Wellsville with her family in 1934, when her father began working at Sinclair Oil Refinery. She attended the Immaculate Conception School through 10th grade and graduated from Wellsville High School in 1947. After high school, Marcella was employed as an operator for New York Telephone. She was an active member and daily communicant of the Immaculate Conception Church for many years.  She was a member of the Altar & Rosary Society, the Lord’s Housekeepers and the Fun Fair Committee. She initiated Eucharistic Adoration at her parish and shuttled priests to the area nursing homes for the weekly communion services. She was a volunteer at Immaculate Conception School and was awarded the “Lay Award of St. Joseph” by Bishop Edward U. Kmiec on April 26, 2009 for meritorious service rendered to Immaculate Conception Parish. 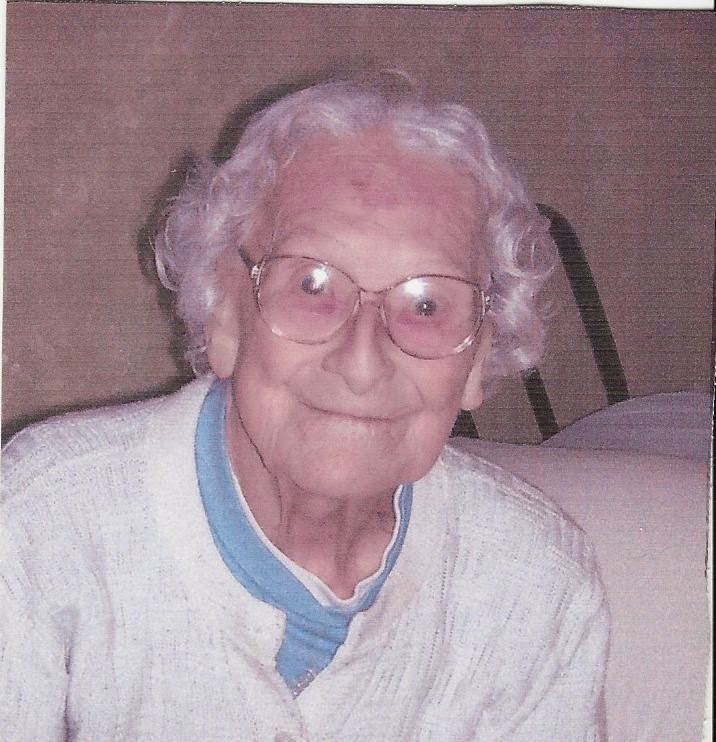 Wellsville, NY  - Katherine Costello, age 97, a former long time resident of East State Street passed away on Sunday, April 12, 2015, at the Wellsville Manor Care Center. She was born on September 13, 1917 in the Town of Willing on the Stone Dam Road to Mathew and Daisy Jordan Costello.

Katherine was employed by the former J and M Restaurant in Wellsville who enjoyed watching pro wrestling on TV. She was a member of the Immaculate Conception Church in Wellsville. Katherine was the last of her of her 12 brothers and sisters and is survived by a brother in law Paul Michalegko of Erie, Pennsylvania, several nieces, nephews and cousins.

Friends are invited to call on Wednesday, April 15, from 2-4 and 7-9 pm at the J.W. Embser Sons Funeral Home in Wellsville. On Thursday a prayer service will be held at 10:30 am in the Funeral Home followed by a Mass of Christian Burial to be celebrated at 11 am in the Immaculate Conception Church. Katherine’s burial will be in Sacred Heart Cemetery and memorials in her name may be made to the charity of the donor’s choice. To leave online condolences please visit www.embserfuneralhome.com.
Posted by Dick Helms at 8:19 PM No comments:

Wellsville, NY - Margaret T. Prescott, 88, of 2766 Miller Road passed away on Saturday, April 4, 2015 at Jones Memorial Hospital. She was born August 23, 1926 in Olean the daughter of the late Clifton Joseph and Mary Genevieve (Sweeney) Foster. On June 6, 1959 in Wellsville she married Robert N. Prescott who predeceased her on March 13, 1989.

Margaret was a 1944 graduate of Friendship High School. She was employed by New York Telephone in Wellsville, Salamanca, Poughkeepsie, Newburg, NY and Greenwich, CT, from 1946 to 1966. She was also a home healthcare provider for 35 years.  She was a Cub Scout leader and the mother of three Eagle Scouts. She enjoyed sewing, knitting, quilting and gardening. She was a former member of the Allegany County Garden Club, and was a member of the Immaculate Conception Church, the Mercy Associates, the Altar & Rosary Society and the Fun Fair Committee.

Friends are invited to call on Tuesday, April 7th from 2-4 and 7-9 pm and Wednesday, April 8th from 10:00 to 10:30 am at the J. W. Embser Sons Funeral Home Inc. in Wellsville. A Mass of Christian Burial will be celebrated on Wednesday at 11:00 am in the Immaculate Conception Church in Wellsville. Burial will be in Sacred Heart Cemetery. The family suggests memorial donations be made to the Hart Comfort House. To leave online condolences, please visit www.embserfuneralhome.com.
Posted by Dick Helms at 8:23 PM No comments: