Helen was born on Dec. 24, 1935 in Wellsville, N.Y. where she grew up and met her husband, Elmer Johnson Schneble (Jack). Helen was predeceased by her husband and is survived by her children, Anne Egan (Douglas), Dean (Phyllis), John (Elizabeth) and loving grandchildren Hannah, Connor, Olivia, Sam, Finn, Jack, Alexandra and Caroline.

Helen lived a full life, she and Jack lived and raised their family in many locations across the United States throughout Jack's Army career. She had a passion for helping others, volunteering throughout her life with numerous organizations. She was a devout Catholic, attended mass regularly and served as an Eucharistic Minister. Helen enjoyed traveling with friends and family, attending Super Bowls with her siblings and loved her large family. She will be missed by her family, countless friends, nieces and nephew's. 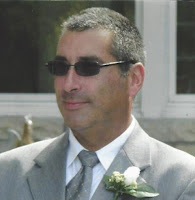 Belmont, NY - Anthony F. “Tony” Fantauzzo, 56, of Paige Road, passed away on Friday, September 11, 2020 at Strong Memorial Hospital in Rochester. He was born October 15, 1963 the son of Joseph F. and Angelina (Indivino) Fantauzzo.
He was raised in Belmont, and was a 1982 graduate of Belmont Central School. After graduation, Tony worked in several local organizations including, Friendship Dairies, Bulk Tainers in Belmont, Dresser-Rand Corporation in Wellsville, and then starting in the early 2000's he owned and operated a very successful welding business: Skyline Welding. He was a member of the Almond Rod and Gun Club, and The 4 Amigos - who attended 30+ Grateful Dead concerts together.

Belmont, NY - Wayne Bidwell, 98 of 4967 State Route 19 S. passed away on Tuesday, September 8, 2020 at Jones Memorial Hospital in Wellsville with his family at his side. He was born May 23, 1922 in Friendship, the son of the late Eugene Talbert and Victoria Mae (Hall) Bidwell. On December 31, 1949 in Niagara Falls, NY he married Dorothy Regina Bolents who predeceased him in 2006.

Wayne was raised in Friendship and attended school in Friendship and Bolivar. He was a veteran of WWII serving with the Army Air Corps from 1942 to 1946 as a teletype operator. He received the Good Conduct Medal and the Victory Medal. He was employed by the H. F. Darling Construction Company throughout the Niagara Frontier, including the Niagara Falls Power Project from 1957 to 1962. In 1963 he moved to Belmont where he and Dorothy opened and operated Bidwell's Grocery. In 1975 they open Bidwell's Deli in Fillmore, and from 1975 to 1992 he worked for the Maintenance Department at the Allegany County County Court House. He was a member of the Herbert W. DeLong American Legion Post 808. He enjoyed carpentry, woodworking, and caring for his home and garden.

He was a quiet man, a loving husband, father, grandfather, and great-grandfather. He was always ready to lend a helping hand to family and friends. He loved his work and loved his pets.

Posted by Dick Helms at 1:48 PM No comments: 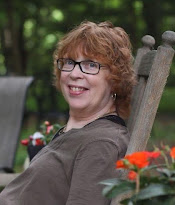 Wellsville, NY - Joan M. Ball, 66, died on Monday, September 7, 2020, shortly after arrival at Jones Memorial Hospital. She was born December 12, in Wellsville NY. She was the daughter of Howard and Dorothy (Goldthwait) Herke. On September 2, 1978 in Wellsville she married Stephen T. Ball who survives.

Joan was raised in Scio and was a 1972 graduate of Wellsville High School. She graduated from Alfred State College with an Associate Degree, and Houghton College with a Bachelors Degree in Business Administration. She began her career at  Key Bank in Wellsville, followed by a position in Accounts Receivable at Dresser-Rand.  She then went to Five Star Bank in Warsaw as an auditor, and completed her career at Dresser-Rand Corporation as a buyer, retiring in April of 2020. She was a member of the Mayflower Society, the Old Crows Quilting Group, and the Dresser-Rand Management Club. She was a Premier Award Quilt maker. She loved to travel, camp, host gatherings for family and friends, quilt retreats, and especially spend time with her grandchildren. She hand sewed over 1000 Covid 19 face masks over the last few months.

In addition to her to her father, she was predeceased by her father and mother-in-law, Richard and Patricia Ball,  a brother-in-law, Tom Ball, and a nephew, James M. Taylor.

Friends are invited to call on Thursday, September 10, 2020 from 4:00 to 7:00 pm at the J. W. Embser Sons Funeral Home Inc., 34 W. State Street in Wellsville, and on Friday, September 11 from 10:00 am to 12 noon at the Trinity Lutheran Church, 470 N. Main Street in Wellsville. The funeral (Which will be limited to the NYS Covid protocol.) will follow visitation at noon on Friday in church with Rev. Dr. Eric D. Ash, Sr. presiding. Burial will be in Fairlawn Cemetery in Scio. Please consider memorial donations to the Ladies Aid of Trinity Lutheran Church. To leave online condolences, please visit www.embserfuneralhome.com. 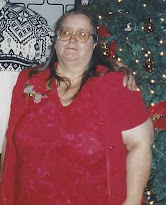 Wellsville, NY - Billie Jean Haxton, age 65, passed away on Friday, September 4, 2020, after a courageous battle with an illness at ECMC surrounded by her loving family. She was born on October 8,1954 to the late William and Susie Nelligan. She was married to Ralph Haxton who survives.

Billie made her career as a Certified Nursing Assistant and personal care giver. She worked at Meridian Nursing Facility in LaPlata, Maryland for several years. When the family moved to Wellsville she worked at Highland Health Care Center as a CNA and at Wellsville Manor Hills as a PCA. She was well loved by the residents she cared for because of her gentle touch and compassionate heart. Billie's favorite things were crafts, baking and family gatherings. Her family meant the world to her. The sacrifices  she made as a mother always showed her love for her family and friends.

Billie will be welcomed into the Kingdom of Heaven by the loving arms of her parents, her brothers Kenneth and James Nelligan, her sisters Beverly Greene and Mary Jeremy as well as other family members and friends.

A celebration of Life will held at a later date and in lieu of flowers memorial contributions maybe made to either Highland Heath Care Center or to Wellsville Manor Hills. To leave online condolences please visit www.embserfuneralhome.com. 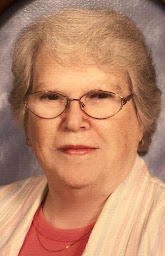 Mary was a graduate of Angelica Central School and worked at the former W.T. Grant in Wellsville where she met her future husband Roy. She also had been a Real Estate Agent for Century 21 in Wellsville. She was a member of the St. Mary's Parish (now Holy Family) of Belmont where she was a long time Lector and member of the Altar and Rosary Society. Mary enjoyed volunteer work including Amity Rescue Squad, Belmont Central School, Jones Memorial Hospital and the Girl Scouts. She enjoyed playing cards, board games, golf and Scrabble.

She was predeceased by her parents; her husband; 5 brothers, James, Richard, Edward, Paul and Charles; 2 sisters, Helen Brown and Catherine Fleming.

Friends are invited to Celebrate a Mass of Christian Burial on Wednesday, September 9, 2020, at 12 noon at the Holy Family Church of Belmont with burial to follow in St. Mary's Cemetery. In lieu of flowers, the family requests that you consider making a donation to the American Diabetes Association, or to the Church of Nativity of the Blessed Virgin Mary (152 Main Street, Brockport, NY. 14420), or the Amity Rescue Squad or to the charity of the donor's choice. To leave online condolences please visit www.embserfuneralhome.com. 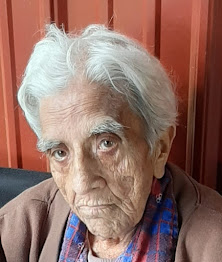 Wellsville, NY - Betty J. Matthews, age 91, of Johnson Street passed away on Tuesday, September 1, 2020, at home after a short illness. She was born on April 21, 1929 in Hume to the late Charles H. and Elizabeth Orcutt Franklin. On August 12, 1954 she married Clyde Matthews who predeceased her.

Friends are invited to call on Friday, September 4, 2020, from 2 to 3 pm at the J.W. Embser Sons Funeral Home in Wellsville at which time her service will take place with Reverend Carl Kemp presiding. Friends are invited to view live on Facebook at https://www.facebook.com/JWembserfuneralhome/. Burial will take place in Knights Creek Cemetery. In lieu of flowers please consider any memorial donations in Betty's name to the American Heart Association. To leave online condolences please visit www.embserfuneralhome.com.

Posted by Dick Helms at 6:00 PM No comments: