Wellsville, NY – Austin Thomas O’Grady, 82, passed away on Monday, May 30, 2022 at the Hart Comfort House surrounded by his loving family. Tom, as he was known to his friends and family, was born August 11, 1939, in St. Louis, Missouri to Austin C. and Doris (Prentice) O’Grady. On December 28, 1963 he married Roseanna Collins who survives.

Tom was raised in Cuba, NY where he enjoyed scouting as a boy and earned the rank of Eagle Scout. He attended Cuba Central School where he became interested in art and began honing his lifelong passion of painting. Upon graduation from Cuba Central School, Tom enrolled in Buffalo State College majoring in Art Education where he graduated in 1961. Upon graduation from Buffalo State, he began his career in teaching with Allegany County BOCES teaching art in grades K-6 at Rushford Central School and grades 7-12 at Scio Central School. In 1962 he joined the Scio faculty full-time to establish a grade 7-12 art program. He earned his Master of Science degree in 1967 from Alfred University. Tom taught art at Scio for 34 years and grew the program to include photography, mechanical and architectural drafting, in addition to art. He was the founding chair of the art department at Scio and served in that role until 1995 when he was named K-12 principal; a role he held until he retired in 2000 after nearly 40 years of service.

As many people in the local community know, in addition to being an educator, Tom was also an accomplished artist specializing in watercolor as his preferred medium. He received many awards and recognitions for his paintings both nationally and internationally. His work has been on exhibit in the New York State Governor’s mansion, the Portrait Gallery in Washington, D.C. the United States Embassies in Rome, Italy and Canberra, Australia. He has also exhibited his work in galleries across the country to include the J. Barret Galleries in Toledo, Ohio, the Albright-Knox Gallery in Buffalo, NY, and the MGM Grand Gallery in Las Vegas, Nevada. In 1975, he was commissioned by Allegany County to design and sculpt the Allegany County Bicentennial Medallion, of which two thousand limited addition medallions were minted. Over the years his artwork has been admired by many and he amassed quite a following with many private collectors including former President, Jimmy Carter. 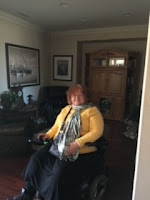 Menifee, CA – Friends are invited to a graveside service on Thursday, June 2, 2022 at 2 PM to York’s Corners Cemetery to celebrate the life of of Nanci Jane Rogers (nee Wilson). Nanci passed away on May 7, 2022 in Menifee, CA. To read the complete obituary, please visit evans-brownmortuary.com ( https://www.evans-brownmortuary.com/tributes/Nancy-Rogers-1 ), local arrangements are under the direction of J.W. Embser Sons Funeral Home.
Posted by Dick Helms at 7:55 PM No comments:

Wellsville, NY – The friends and family of David Lavern Palmiter are invited to call on Friday, June 3, 2022 from 7 – 8 PM at the J.W. Embser Sons Funeral Home, 34 West State Street. At 8 PM the Masonic Lodge 230 and Order of the Eastern Star will conduct their services. His funeral service will be held on Saturday, June 4, 2022 at 1 PM in the Church of Jesus Christ of Later Day Saints, 100 Crescent Drive, Wellsville, New York, with President Jeffry Moore presiding. David passed on December 26, 2021. To read the complete obituary, or to leave online condolences, please visit www.embserfuneralhome.com.
Posted by Dick Helms at 1:59 PM No comments: 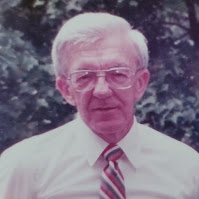 Tenafly, NJ – A Mass of Christian Burial for Robert P. Thurner will be celebrated on Satruday, June 4, 2022 at 12 noon in the Immaculate Conception Church in Wellsville, NY (36 Maple Avenue). Burial with fully military honors will follow in Sacred Heart Cemetery. Bob passed on September 30, 2021. To read the complete obituary, or to leave online condolences, please visit www.embserfuneralhome.com.
Posted by Dick Helms at 1:53 PM No comments:

Wellsville, NY – The friends and family of Earl C. Robbins, are invited to a call on Friday, May 20, 2022 from 10 – 11 AM at the J.W. Embser Sons Funeral Home in Wellsville, 34 West State Street. A Celebration of Life will follow in the funeral home at 11 am with burial being in North Bingham Cemetery in Pennsylvania. Earl passed on May 1, 2022. To read the complete obituary or to leave online condolences please visit www.embserfuneralhome.com.
Posted by Dick Helms at 10:09 PM 1 comment: 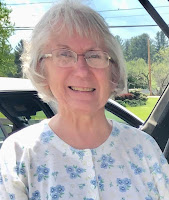 Belmont, NY – Carolyn M. Cronk, 79, of Milton Street, passed away on Monday, May 16, 2022 at Strong Memorial Hospital. She was born in Elkland on December 5, 1942 the daughter of Thaddeus and Stella (Zremski) Zdanowki.

Carolyn was a long-time resident of Belmont. She was a 1960 graduate of Elkland High School. She continued her education at the Rochester Business Institute. She found her career working for Allegany County and retired after many years of service. She was a very active member of Holy Family Catholic Church of Belmont. She served the church in many capacities, including the Altar Society. She enjoyed spending time with her family, especially her grandchildren, knitting, sewing, and crafting in general.

Friends are invited to call on Thursday, May 19, 2022 from 4 -6 PM at the J.W. Embser Sons Funeral Home in Belmont, 17 Schuyler Street. A Mass of Christian Burial will be held on Friday, May 20, 2022 at 11 AM in Holy Family Catholic Church, 5 Milton Street, Belmont, NY, 14813. Burial will be in St. Mary’s Cemetery. In lieu of flowers, please consider memorial donations to the Dementia Society of America, via mail, PO Box 600 Doylestown, PA 18901, or online, dementiasociety.org. To leave online condolences please visit www.embserfuneralhome.com. 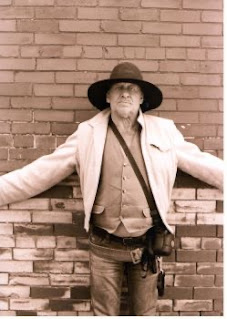 The friends and family of David H. Garwood are invited to attend a Graveside Service on Saturday, May 14, 2022 at 1:30 pm in Woodlawn Cemetery. Dave, 71, left this Earth into the arms of Jesus on Tuesday, January 4, 2022 at his residence in Wellsville.
Posted by Dick Helms at 4:34 PM No comments:

Jennifer attended Genesee Valley Central School. She was previously employed by the Wellsville Manor Care Center where she was trained as a CNA. While in school she enjoyed playing Soccer, and loved to watch her children participate in their many activities. She was a former member of the Wellsville Volunteer Ambulance Corps.

She is survived by: her mother, Fran of Belmont; four children, Mya White, Jordan White-Phipps, & Carsen White-Phipps, all of Belmont, and Jaxson White-Bartholomew of Olean; a grandson, Grayson Cline; two sisters, Cass (Jason) Stone of Angelica, and Kami White of Wellsville; a brother, Joey White of Wellsville; as well as several beloved aunts, uncles, nieces, nephews and cousins.

Posted by Dick Helms at 3:18 PM No comments:

Earl was a 1943 graduate of Wellsville High School. He excelled in sports including baseball and football. He was inducted into the Wellsville High School Athletic Hall of Fame with many of his former teammates from the class of 1943. He was the youngest of 11 children. In March 1943 he enlisted in the U. S. Army and was a veteran of World War II. During his service he took part in the D-Day invasion of Omaha Beach. He was employed by National Fuel Gas for many years, retiring in 1984.

He is survived by three children, Denise (Mike) McKee, Debra (Ed) Robbins, John (Dean) Robbins; a grandson, William (Karina) McKee, two great grandchildren, Megan McKee and Kate McKee, as well as numerous nieces and nephews. In addition to his parents and wife he was predeceased by 10 siblings.

The family wishes to thank Earl’s caregivers, Marie and Melissa Farley, for their six years of dedication.

The family will welcome friends on Friday, May 20, 2022 from 10:00 to 11:00 am at the J.W. Embser Sons Funeral Home in Wellsville. A celebration of life will follow at 11:00 am in the funeral home. Burial will follow at North Bingham Cemetery in Pennsylvania. In lieu of flowers the family requests memorial donations to any charity of the donor’s choice. To leave online condolences, please visit www.embserfuneralhome.com.

Philip A. “Sam” Wood - Scio, NY – The friends of Sam Wood are invited to a graveside service on Friday, May 6, 2022 at 11:00 am in Maple Lawn Cemetery in Bolivar, NY. A reception will follow at the home of Skip and Linda Benjamin, 6717 South Bolivar Road, Bolivar, NY.