Wellsville, NY - Ann L. Cronin, 85, of Madison St, Wellsville, passed away on Sunday, June 27, 2021 at the University of Rochester Medical Center. Ann was born on March 8, 1936 to the late Lee and Doris (Whitney) Marvel. On December 1, 1956, at the Blessed Sacrament church in Andover, she married William Cronin who predeceased her on November 30, 2018.

Ann graduated from business school in Rochester and worked for Haloid (Xerox), the Accounting Department at the Erie Railroad in Hornell,  a part-time bookkeeper for the Western Auto in Wellsville, and sold Century 21 Real Estate.  In addition, she was a volunteer for the Mercy Associates and was a 50 year member of the Father Brown Mission Club. In her younger years she volunteered at Immaculate Conception School and enjoyed square dancing and camping.

Ann was predeceased by her parents, and her husband, Bill.

Friends are invited to call on Wednesday, June 30, 2021, from 4 to 7 pm at the J.W. Embser Sons Funeral Home in Wellsville. On Thursday a prayer service will be held at 10:30am at the Funeral Home followed by a Mass of Christian Burial to be celebrated at 11:00am at the Immaculate Conception Church with burial in  Sacred Heart Cemetery. Contributions in Ann's name may be made to either the Father Brown Mission Club or to Immaculate Conception Church. To leave online condolences, please visit www.embserfuneralhome.com.

Posted by Dick Helms at 5:05 PM No comments:

Wellsville, NY - David A. Marsh, 63, of Rauber Street passed away on June 23, 2021 at Jones Memorial Hospital surrounded by family. He was born in Wellsville on February 18, 1958 the son of the late Donald and Ruth (Buckout) Marsh. On August 31, 1999 at home in Wellsville he married his wife Karen Yetman who survives.

Dave was a life long resident of Wellsville. He was a 1976 graduate of Wellsville High School and a graduate from Alfred State Vocational School. He continued his education by earning an Associate's degree in Engineering from Alfred State College. Upon graduating, he began his career at Air-Preheater as a draftsman. He later moved on to Dresser-Rand, from where he retired after thirty-five years of service as a Machinist & Assembler. He was a member of the International Association of Machinists Moore Lodge #1580 of Wellsville.

Outside of work, Dave enjoyed being outdoors, including hunting and fishing. Most of all he loved being at home, working in his vegetable garden, and building his own oasis. He also continued to pursue his life-long passion of restoring classic automobiles including his 1965 Impala SS convertible. He especially loved his family and being with them, even while ill he enjoyed family gatherings. Dave was also an avid Yankees and NASCAR fan.

In addition to his wife of twenty-one years Karen, he is survived by: six children, Joshua (Melanie) Marsh of Monroeville, PA, Jackie (Ed) Shea of Wellsville, Jeremy (Abby) Marsh of Belmont, Sarah (Chris) Beeghley of North Collins, Rachel (Brooke Gustin) Yetman of Wellsville, and Alanna (Brett McPeek) Yetman of Port Orange, FL; fourteen grandchildren; a brother Dan (Annette) Marsh of Scio; a niece; and several cousins. He was predeceased by his parents.

Friends are invited to call on Tuesday, June 29, 2021 from 5 – 7 pm and Wednesday, June 30 from 12 noon to 1pm at the J.W. Embser Sons Funeral Home in Wellsville (34 W. State St.). The funeral will follow on Wednesday at 1pm with burial in Woodlawn Cemetery. Please consider memorial donations to The Hart Comfort House. To leave online condolences please visit www.embserfuneralhome.com.

Posted by Dick Helms at 6:23 PM No comments:

Amber was raised in Allentown, and was a 2006 graduate of Scio Central School. She also attended Jamestown Community College. She was a Stay at Home Mom for several years, and was currently employed as a Home Health Aide. She attended the Restoration Church of Christ in Scio, she loved fishing with her boys, and enjoyed helping her dad at the Allegany Memorial Speedway.

Friends are invited to call on Thursday, June 24, 2021 from 12 noon to 2:00 pm at the Restoration Church of Christ, 4017 Main Street in Scio. The funeral will follow at 2:00 pm with Glen Layfield, Minister in Charge, presiding. Burial will in Maple Lawn Cemetery in Bolivar. Please consider memorial donations to Restoration Church of Christ. To leave online condolences, please visit www.embserfuneralhome.com.

Wellsville, NY - James R. Wenslow, 86, of East State Street, passed away on Sunday, June 20, 2021 at home surrounded by family. He was born at home in Nansen, PA on September 24, 1934 the son of the late Frank and Ida Mae (Rowlands) Wenslow. In 1958 he married the late Anne Braun of Rochester, with whom he had his first three children. After Anne and Jim went their separate ways, he married the former Ginny (Vossler) Adams on June 12, 1981, from whom he gained three children, and had two more.

Jim was raised in Leaper, and Kane, PA and was a 1952 graduate of Kane High School. Upon graduating he attended Mansfield University pursuing a double major in Math and Science while also working as a full time head cook. After graduating from Mansfield he continued his culinary career for several years before he began teaching Math. He taught at several schools in Western New York including Troopsburg, Angelica, and Alfred State - where he worked from 1959 to 1997, retiring after 38 years. During his time at Alfred he became known as a loose-cannon who fiercely advocated for students and mentored thousands as “Teach babe”. During his tenure at Alfred he earned his Masters from the University of Pittsburgh and SUNY Geneseo, and eventually was one credit shy of earning his PhD.

Outside of his career, Jim was a proud family man who dearly loved all of his children and grandchildren. He was also involved with several organizations such as the Boy Scouts, and Hornell Kiwanis club (for whom he cooked), he was a past member Bethel Lutheran Church of Portville, and a founding member of Shepherd of the Valley Lutheran Church, he loved reading, gardening, poetry and playing chess.

Friends are invited to call on Tuesday, June 29, 2021 from 11am to 1 pm at the Shepherd of the Valley Lutheran Church, 4229 Fassett Lane, Wellsville, NY 14895. A funeral service will follow at 1 PM with the Reverend Bill Wilson presiding. Please consider memorial donations to Shepherd of the Valley Lutheran Church, Wellsville, or to a charity of the donor's choice. To leave online condolences please visit www.embserfuneralhome.com.

She is survived by a son, David Fanton of Wellsville; a daughter, Susan Sekoll of Scio, several grandchildren; a sister, Cecelia Romano of Winston, OR; as well as many nieces and nephews.

In addition to her parents and husband, she was predeceased by: a brother, Raymond Fox; and a sister, Barbara Ordiway.

Donald was raised in Penn Yan, and was a 1964 graduate of Corning East High School. He served with the United States Army from 1965 to 1968. Upon his discharge, he joined the Welding profession and worked for Schweizer Aircraft in Horseheads, NY.

He is survived by: two daughters, Ann (Steven) Carroll-Lee of Webster, and Nancy (Robert) Weber of Coudersport; two granddaughters, Kim (Jeremy) Grossman of Gaines, PA, and Janel Weber of Coudersport; two great-grandsons, Cole and Reed Grossman; two sisters-in-law, Marjorie Guido and Audrey Eaton; a brother-in-law, Max Stuckey Sr., as wells as several nieces and nephews. In addition to his parents and wife, he was predeceased by: two brothers, Francis Carroll, and Paul Carroll; and a sister, Phillis Carroll.

Friends are invited to call on Friday, June 11, 2021 from 10:00 to 11:00 am at St. Eulalia  Church, 6 Maple Street in Coudersport, PA. A Mass of Christian Burial will follow at 11:00 am with Rev. James Campbell as celebrant. Burial will be in St. Mary's Cemetery in Kinney, PA. Please consider memorial donations to any charity of the donors choice. To leave online condolences please visit www.embserfuneralhome.com. 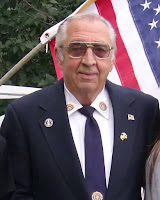 Belmont, NY: David D. Chilson, 73, of Baker Valley Road passed away on Memorial Day, Monday, May 31. 2021 at the Buffalo VA Hospital. Dave was born April 10, 1948 in Hornell, the son of the late Ernest H. and Lena Mae (Burdick) Chilson. On December 26, 1968, in Belmont, he married the former Meredith McNinch, who survives.

Dave was a 1966 graduate of  Belmont Central High School. After graduation, he enlisted in the U.S. Marine Corps, serving from 1966 to 1972, and served in Viet Nam from 1967-1968. Following his military service, he began his career at Alfred State College in 1971, and retired as a Stationary Engineer in 2001. It was then he began working at the Wellsville Campus of Alfred State College as an HVAC Support Staff until 2002. He went back again to the School of Vocational Studies from 2003 until 2020.

Friends are invited to call on Wednesday, June 2, 2021 from 6:00 to 9:00 PM and Thursday, June 3, from 11:00 am to 12 noon at the J.W. Embser Sons Funeral Home, 17 Schuyler Street in Belmont. A memorial service will follow visitation Thursday at noon in the funeral home with Pastor Chris Mattison presiding. Burial with full military honors will be in Forest Hills Cemetery. Please consider memorial donations to any charity of the donor's choice. To leave online condolences, please visit www.embserfuneralhome.com.