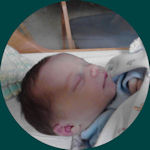 Friends are invited to call on Thursday from 7-9 pm at the J. W. Embser Sons Funeral Home Inc. in Wellsville. The funeral will be Friday, June 28, 2013 at 2pm in the funeral home with Rev. Ralph Eastlack presiding. To leave online condolences, please visit www.embserfuneralhome.com.
Posted by Dick Helms at 7:39 PM 11 comments: 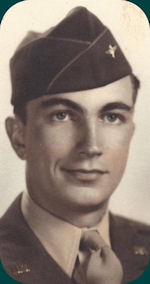 
James was raised in Batavia and was a graduate of Batavia High School. He graduated from Brockport State Teachers College in 1947 with a bachelor's degree in education. He received a master's degree in education from the University of Buffalo in 1949. He was a veteran of WW II serving in France with the U.S. Army in the 66th Infantry, Company K., 263rd Regiment from 1944 to 1945. He obtained the rank of sergeant and received the Bronze Star and the Combat Infantry Medal. He was employed as a Biology and Earth Science Teacher at Belmont Central School from 1948 to 1977. He was a member of the Herbert Delong Post 808 American Legion. He was also an avid gardener and a Yankees fan.

A private memorial service with his grandson-in-law, Rev. Scott Stockton presiding will be held at the convenience of the family and there will be no prior visitation. Interment, with military honors will be in Forest Hills Cemetery in Belmont. Memorial donations can be made to the Disabled American Veterans, Greater Buffalo Chapter # 1, P. O. Box 308, Buffalo, NY 14207. To leave online condolences, please visit www.embserfuneralhome.com.
Posted by Dick Helms at 8:21 PM 4 comments:

Wellsville, NY - A memorial gathering for Kirk Roeske, who passed away on March 2, 2013, will be held on Saturday, June 22, 2013 at 2 pm in the small pavilion at Island Park. Family and friends are welcome.
Posted by Dick Helms at 9:18 PM No comments:

Wellsville, NY-The graveside service for Elizabeth Ann Johnson has been re-scheduled for Saturday, June 29, 2013 at 11:00 am at Woodlawn Cemetery, 276 S. Main Street in Wellsville. Beth Ann passed away on Saturday, May 18, 2013. To read her complete obituary, please visit www.embserfuneralhome.com.
Posted by Dick Helms at 9:02 PM No comments:

Ron was employed by the Moore Steam Turbine Company; later know as Worthington Corporation and Dresser-Rand Corporation, from 1938 to 1978, and was the first president of WERA. He was 32nd degree member of the Belmont Lodge 474 F & AM, a founding member of the Amity Rescue Squad, a former member of the Wellsville and Belmont Volunteer Fire Departments and an active member of St. Philip's Episcopal Church.

Friends are invited to call on Thursday from 7-9pm at the J. W. Embser Sons Funeral home Inc. in Belmont. The funeral will be Friday, June 14, 2013 at 2:00pm in St. Philip's Episcopal Church in Belmont with Rev. Carol Stewart presiding. Burial will be in Forest Hills Cemetery. The family suggests memorial donations be made to St. Philip's Episcopal Church. To leave online condolences, please visit www.embserfuneralhome.com

Posted by Dick Helms at 5:48 PM No comments:

Willis was a lifelong resident of Belmont and attended Belmont Central School. He was a veteran of the U.S. Army serving two tours in Viet Nam. He was employed by various companies in the area including Genesee Valley Nurseries. He later worked for the Village of Belmont and retired as Superintendent of Streets in 2005.

He was a member and past commander of the Herbert Delong Post 808 American Legion and a member of the former Belmont Conservation Club. He was an avid Buffalo Bills fan and enjoyed spending time with friends at Beech Hill Camp. He also enjoyed gardening, hunting and having his friends and family stop over to visit.

Surviving in addition to his wife is one son, Kevin (Katrina) Baker and Katrina's daughters, Emma and Elise, one daughter, Michelle (David) Francisco and their daughters, Katelyn, Shelby and Sarah, one brother, Claude (Elaine) Baker of Belmont as well as several nieces & nephews. He was predeceased by a daughter, Danielle Baker, a brother, Roderick Baker, and two sisters, Monica Kurensky and Iva Ward.

A graveside service with military honors is being planned for a later date at Forest Hills Cemetery in Belmont. The family suggests memorial donations be made to Home Care & Hospice or any charity of the donor's choice. To leave online condolences, please visit www.embserfuneralhome.com.
Posted by Dick Helms at 5:44 PM 1 comment: 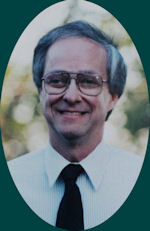 Wellsville, NY - Milton C. "Milt" Brown, age 63, passed away at home on Saturday June 8, 2013 surrounded by his family. He was born on March 9, 1950 in Hornell to William F. and Hazel Marshall Brown. On February 1, 2000 in Alfred he married Colleen Bellanger who survives.

Milt was a long time resident of Wellsville who graduated from Alfred Almond High School, Alfred State College with a AAS in Engineering, RIT with a BS in Engineering and from Pittsburg State University with a MS of Engineering Technology. He began working for CE Air Preheater in 1974 where he and two other colleagues received a patent on a Concentric Tube Recuperative Heat Exchanger in 1980. During that time started his own business called Zetacom Corporation. Milt left Air Preheater as a manager to teach at BOCES in Belmont and later became an Associate Professor at Alfred State College where he taught Mechanical Engineering until his retirement in 2012. Milt was a man of many ideas, passions, and carpentry and building, which he learned from his father; an avid astronomer, who as a teenager ground his own telescope lenses; computer programming; history; science; and reading. Milt was very proud of being a Certified Geoexchange Designer where he worked on geothermal installations. Milt will be remembered as a beloved husband, father, friend, and teacher to many. He will be missed dearly, but he will forever be in our hearts.

Milt was predeceased by a brother David Brown.

Friends are invited to call on Wednesday, June12, from 2-4 and 7-9 pm at J.W. Embser Sons Funeral Home in Wellsville. Milt's Funeral will be held on Thursday at 11 am in the Alfred Station Seventh Day Baptist Church with the Reverend Doctor Kenneth Chroniger. Memorials in Milt's name may be made to either the American Cancer Society or to Roswell Park Alliance Foundation, PO Box 631, Buffalo, NY.  14240. To leave online condolences please visit www.embserfuneralhome.com