Belmont, NY - Robert Leonard "Bob" LaLonde of Noble Street passed away suddenly at the age of 64 on Friday October 29, 2010. He was a beloved son of Robert and Ann Panella LaLonde of Budd Lake, NJ. and a loving spouse to Arlene. Bob was a devoted father to six children; Margie, Katie, Annie, Shawn, Sal and Tad and was a fun grandfather to 14 grandchildren. He was a brother to Lenny, Richie, Hazel and Dennis.

Bob was an Air Force Veteran serving from 1965 to 1969 and was a self employed general contractor in Belmont for over 20 years. He will be missed by his church and community as a hard working, compassionate, god loving man. In death, he will continue to selflessly help others through his generous tissue donation. Bob will be deeply missed by all who knew him.

Friends are invited to call on Wednesday, November 3, 2010, from 7-9 pm and on Thursday, November 4, from 10 am to 12 noon at the Gospel Fellowship Church on Hood Road in Belmont. His funeral will take place a 12 noon following calling hours in church with Pastor Patrick Lyons presiding. Memorials in Bob's name may be made to the Family Life Ministries at PO Box 506, Bath, New York 14810. Burial will be in Forest Hills Cemetery and arrangements are under the direction of the J.W. Embser Sons Funeral Home Inc. To leave online condolences, please visit www.embserfuneralhome.com.
Posted by Dick Helms at 5:58 PM No comments:

Allentown, NY - Elizabeth "Betty" J. Slocum, beloved wife, mother and grandmother, of the Hogbrook Road passed away on Wednesday, October 27, 2010, at the Jones Memorial Hospital. She was born on January 11, 1932 in Hornell to Albert and Ruth Kemp Burgess. On August 19, 1946 in Bolivar she married the love of her life Howard Slocum who survives.

Betty was a switch board operator for Jones Memorial Hospital from where she retired after 15 years of service. She loved country music, dancing and cross word puzzles. Betty will be fondly remembered as the rock of her family.

At Betty's request there will be no prior visitation and a private burial will be held at the convenience of the family. Arrangements are under the direction of the J.W. Embser Sons Funeral Home Inc. To leave on line condolences please visit www.embserfuneralhome.com.
Posted by Dick Helms at 6:18 PM 5 comments:

Don was a Veteran if the U.S. Army. He was formerly employed by Bradley Producing of Wellsville, Felmont Corporation of Olean and was a union brick layer for Local 3 of Jamestown. He helped build the Washington Street School in Wellsville and several projects at Alfred State College. He was a member of several antique gas engine associations and the Grange. He also enjoyed raising and racing coon dogs.

Friends are invited to call on Monday, October 25, 2010 from 1:00 to 3:00 pm at the J. W. Embser Sons Funeral Home Inc. in Wellsville. The funeral will follow visitation at 3:00 pm in the funeral home with Rev. Doug Childress presiding. Burial, with military honors will be in Woodlawn Cemetery. To leave online condolences, please visit www.embserfuneralhome.com.
Posted by Dick Helms at 9:29 AM 6 comments: 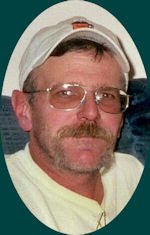 Ed was a life long resident of Belmont and a graduate of Belmont High School. He was formerly employed at Dresser-Rand Corporation in Wellsville and later was a self employed contractor in the Belmont area. He was currently employed by the Town of Amity, where he served as the cemetery sexton for the past 12 years. Ed took great pride in the appearance of the cemeteries and loved to hunt, fish and spend time with his family.

He is survived by his fiancé Christine Hoffman of Belmont, two daughters, Christina (Alan) Maynard of Fairfax, VT and Sara (Dane) Young of Angelica, two sons, Kenneth Whitney of Belmont and Curtis Whitney of Jamestown, three grandchildren, Dahlia and Payton Maynard and Whitney Young, four step children, Amber Reed and Ashley, Amanda and Joshua Batjer, two step grandchildren, Jessie Vincent and Julia Robson, one brother, Leonard Whitney Jr. of Wrentham, MA, two sisters, Dawn (Jim) Reniff of Belmont and Raquel Schmidt of Belmont, the mother of his children and wife of 30 plus years, Marta Whitney of Belmont as well as several nieces & nephews. He was predeceased by his parents and a nephew, Eric Lowe.

Friends are invited to call on Sunday, October 24, 2010, from 2:00 to 4:00 and 7:00 to 9:00 at the J. W. Embser Sons Funeral Home Inc., 17 Schuyler Street in Belmont. The funeral will be Monday at 11:00 am in St. Philip's Episcopal Church in Belmont with Rev. Cole Gruberth presiding. Burial will be in Forest Hills Cemetery in Belmont. Memorial donations are suggested to the Amity Rescue Squad or the Belmont Volunteer Fire Department. To leave online condolences, please visit www.embserfuneralhome.com.
Posted by Dick Helms at 9:11 PM 14 comments:

Janet was a 1966 graduate of Wellsville High School and received a bachelors degree in Business Administration from Rochester Institute of Technology. She was employed as the human resource manager for CCS of South Florida.

She is survived by her mother, Shirley E. Ross of Wellsville; a brother, Robert W. (Vicky) Ross of Big Flats; and two nephews, William R. Ross of Columbus, Ohio, and Stephen M. Ross of Bagram Air Force Base. She was predeceased by her father in 1992.

A memorial service in Pompano, Fla., will be held at the convenience of the family. Memorial donations are suggested to any charity of the donor’s choice. To leave online condolences, please visit www.embserfuneralhome.com.
Posted by Dick Helms at 8:03 PM 1 comment:

Mary graduated from Elmira College in 1931. She taught French and English at Mayville High School in Mayville, NY and at Elmira Free Academy in Elmira, NY. She later taught second grade at Schererville Elementary School in Schererville, Indiana.

She was a member of the American Association of University Women, the Monday Club and the Immaculate Conception Parish in Wellsville. She also served as the Juliet Lowe Chairman for the Girl Scouts of America.

Friends are invited to call on Friday, October 22, 2010, from 7:00 to 9:00 pm and on Saturday from 10:00 to 10:30 am at the J. W. Embser Sons Funeral Home Inc., 34 W. State Street in Wellsville. A Mass of Christian Burial will be celebrated on Saturday at 11:00 am in the Immaculate Conception Church in Wellsville with Monsignor Vincent Becker as celebrant. Burial will be in Sacred Heart Cemetery. In lieu of flowers memorial donations are suggested to Highland Healthcare Center, 160 Seneca Street in Wellsville or to the Immaculate Conception Church, 6 Maple Avenue, Wellsville, NY 14895. To leave online condolences, please visit www.embserfuneralhome.com.
Posted by Dick Helms at 4:41 PM 1 comment:

Damien had moved from Bolivar to the Bennett's Valley area a year and a half ago and was a sophomore attending St. Mary's High School. He enjoyed writing music under the pen name "Damz".

Damien was predeceased by: his father Larry Hadsell and maternal grandfather George Lewis.

A loving mother and grandmother, she is survived by a son, Joseph (Patricia) Decker Jr. of Belmont, 15 grandchildren, 35 great grandchildren, a number of great-great grandchildren, one sister, Wilver Decker of Covington, KY, a daughter-in-law, Tuyet Decker of Wellsville, a son-in-law, Roderick Freeland of Belmont and several nieces & nephews. She was predeceased in addition to her husband by one son, David W. Decker in 1993, two daughters, Audrey J. Freeland in 2008 and Beverly C. Saxton in 2009, one brother, Delbert Stiles and one sister, Pearl Clarey.

Friends are invited to call on Wednesday from 7:00 to 9:00 pm at the J. W. Embser Sons Funeral Home Inc., 17 Schuyler Street in Belmont. The funeral will be Thursday, October 14th at 1:00 pm in the funeral home with Pastor David Decker II presiding. Burial will be in Forest Hills Cemetery in Belmont. Memorial donations are suggested to the American Cancer Society or the Amity Rescue Squad. To leave online condolences, please visit www.embserfuneralhome.com.
Posted by Dick Helms at 4:32 PM 4 comments:

Wellsville, NY - Florence V. "Flo" Skillman a former resident of Johnson Street passed away on Sunday, October 3, 2010, at the Wellsville Manor Care Center. On December 17, 1920 in Cleveland Ohio she was born to Arthur and Lillian Dean Earl. In Whitesville on March 28, 1947 she married Franklin A. Skillman who predeceased her on September 13, 1974.

Flo grew up in Irondequoit and moved to this area in the early 1940's. While raising her 6 daughters she worked for the Giant Food Mart and later retired from Peterson's Drug Store after many years of service. Flo had a passion for bowling, at one time she was on 5 different leagues and she bowled up until 2009. She enjoyed baseball and rooted for both the Yankee's and the Met's. Flo will be remembered for her hand made coasters and perpetual calendars as well as always having a camera. She had been a former member and officer of the Women of the Moose, the Cheery Circle in Whitesville and the Jones Memorial Hospital Auxiliary Mulberry Twig. Flo truly loved her family and will be missed by them all.

Friends are invited to call on Wednesday, October 6, from 2-4 and 7-9 pm at the J.W. Embser Sons Funeral Home. Her Funeral service will take place Thursday at 11am in the funeral home with Rev. Ralph Eastlack presiding with burial in Woodlawn Cemetery. Memorials may be made to the SPCA or to Christian Temple Soup Kitchen or to the Angel Food Ministries.
Posted by Dick Helms at 4:54 PM No comments: