Wellsville - Gloria A. Peet of Stevens Street passed away on Tuesday, June 23, 2009, at the Highland Hospital in Rochester. She was born on May 5, 1941 to Charles “Tub” and Dorothy (Haupt) Wilson.

Gloria was predeceased by her parents and a brother Wallace ”Wally” Wilson.

A gathering for family and friends was held on Sunday June 28, 2009. Any memorials in Gloria’s name may be made to the charity of the donor’s choice. Arrangements are under the direction of the J.W.Embser Sons Funeral Home in Wellsville.
Posted by Dick Helms at 4:35 PM No comments:

Born July 2, 1922 in Wellsville, he was the eldest son of Karl B. and Bertha Brandes Vossler. He graduated from Wellsville High School and was active in the Future Farmers of America. After graduation he worked on his father’s farm. On June 28, 1947 he married the former Florence Rumsey of Friendship [daughter of Walter and Louise Potter Rumsey] in the Trinity Lutheran Church in Wellsville. They celebrated their 60th wedding anniversary in 2008 with their family.

Shortly after he was married he moved to Friendship and a bought a farm on East Hill Road. He was a lifelong dairy farmer and resided on their farm until his illness. The farm remained as the family home until his wife’s death in May 2008. As a farmer he was active in the Cooperative Extension and 4-H. In addition he was active in the Habitat for Humanity and a member of the Shepherd of the Valley Lutheran Church in Wellsville.

He was predeceased by his wife of almost 61 years and by a son Paul Walter Vossler.

Friends and family may call at the J.W. Embser Sons Funeral Home in Wellsville on Friday from 2-4 and 7-9 pm. Funeral services will be held Saturday (June 27, 2009) at 11 am in the Shepherd of the Valley Lutheran Church With Rev. William Willson presiding. Burial will be immediately following the service in the family plot of Maple Grove Cemetery, Friendship.
Posted by Dick Helms at 4:10 PM No comments:

Wellsville, NY - A Memorial Mass for Deborah Mae O’Hara, who entered eternal life on December 11, 2008, will be celebrated on Saturday, June 27, 2009 at 11:00 am at the Immaculate Conception Church in Wellsville,with Rev. Msgr. Vincent Becker as celebrant.
Posted by Dick Helms at 2:03 PM No comments: 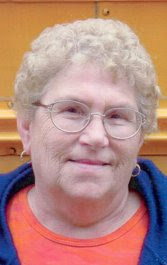 Wellsville - Delilah C. “Pat” Lamphier, 68, of 3104 Madison Hill Road died with her family at her side on Wednesday, June 17, 2009 at home; following a brief struggle with cancer. She was born on April 4, 1941 in Wellsville the daughter of Lloyd M. and Maxine (Aldrich) Jackson. On April 16, 2003 in Belleville, IL, she married Robert W. Burton who survives.

Pat was employed as a bus driver for Wellsville Central School for 38 years, retiring in 2003. She enjoyed reading, camping, country music and loved spending time with her grandchildren.

Friends are invited to join Pat’s family in celebration of her life on Saturday, June 20, 2009 at 1:00 pm in the fellowship hall of the First United Methodist Church at the corner of Maple Avenue and Madison Street in Wellsville with Rev. Ralph Eastlack presiding. Memorial suggestions include the Wellsville Little League or any charity of the donor’s choice.

Arrangements are under the direction of the J. W. Embser Sons Funeral Home Inc. in Wellsville.
Posted by Dick Helms at 8:51 AM No comments:

She is survived by her many caregivers and friends.

Friends are invited to call from 10 am to 11 am in the St. Philip’s Episcopal Church in Belmont at which time a funeral service will take place. Rev. Lawrence Mothersell will preside and burial will take place in Forest Hills Cemetery in Belmont.

Arrangements are under the direction of the J.W. Embser Sons Funeral Home in Belmont.
Posted by Dick Helms at 9:14 AM No comments: 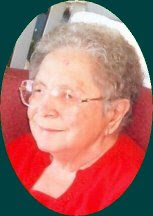 Wellsville - Lena V. McGee, 101, of 160 Seneca Street died peacefully on Wednesday, June 3, 2009 with her family at her side at the Highland Healthcare Center in Wellsville. She was born March 27, 1908 in Silver Creek, NY the daughter of Samuel and Julia (Stevens) Vara. On May 27, 1933 in Sheridan, NY she married Joseph E. McGee who predeceased her on June 26, 1960.
Lena was a buyer and sales associate for Ludemann’s Department Store in Silver Creek until her retirement in 1972. She then moved to Wellsville and was an active member of the Wellsville Senior Citizens, St. John’s Episcopal Church and St. Anne’s Guild. 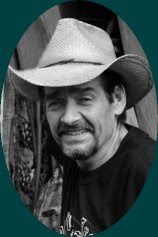 Wellsville - Edward John Peter Corcoran Jr. of North Franklin Street passed away on Sunday May 31, 2009 at Jones Memorial Hospital. He was born on September 19, 1953 in Wellsville to Edward J. and Roberta Bartlett Corcoran. On August 28, 2004 in Belmont he married Kellee Osgood who survives.

Ed graduated from Wellsville High School and was a veteran of the US Navy serving on the USS Mississinewa. He enjoyed working with his hands and was a machinist for RMT in Wellsville for 10 years. Prior to RMT he had worked for the former Butler Larkin in Wellsville and also in construction. He was a long time member of the Coven Motorcycle Club and the NRA. He will be remembered as a loyal friend, an understanding father and a loving husband.

He was predeceased by his father and a sister Teresa Corcoran.

Friends are invited to call on Thursday June 4 from 2-4 pm in the J.W. Embser Sons Funeral Home in Wellsville. A funeral service with military honors will follow the calling hours at 4 pm in the funeral home with Deacon Frank Pasquale presiding. Memorials in Ed’s name may be given to the charity of the donor’s choice.
Posted by Dick Helms at 6:54 PM 2 comments: