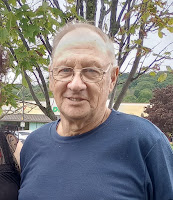 John was raised in Bloomsburg and attended Center School. Throughout his life he lived in Pennsylvania, North Carolina, South Carolina, and New York. He farmed Christmas Trees, but his career was in Garbage Collection, where he was also self-employed, working in both Allegany County and Bloomsburg. Outside of his employment, he enjoyed raising fancy pigeons. 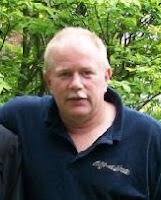 Wellsville, NY – Kelly Wade Monroe, 62, of Maple Avenue, passed away on Thursday, January 19, 2023 at Jones Memorial Hospital. He was born in Wellsville on November 29, 1960 the son of the late John “Skip” and Sandra (Graves) Monroe. On July 30, 1988 in Trinity Lutheran church he married Mary Mallory, who survives.

Kelly was raised in Wellsville, and was a 1979 graduate of Wellsville High School. He enlisted with the United States Air Force and served from 1980 – 1982. Upon his honorable discharge he worked as a carpenter in Virginia, and then a CNA in Jamestown for Lutheran Social Services. Later, he was employed as a Limousine Driver. After a stint in maintenance at Friendship Diary, he continued his professional driving by acquiring his CDL and driving for ACES and later Resource Transportation in Towanda, PA. Outside of his employment, he enjoyed having a good time with his friends, wood working (especially bird feeders and benches), often selling or giving away what he would make, like Adirondack Chairs. He spent much of his time in his shop, either working on wood or his cars; he liked fast cars, including his Porsche. He also enjoyed cooking, particularly Prime Rib around Christmas time. He had a soft spot for animals, and was especially close to Scooter.

In addition to his wife of 34 years, Mary, he is survived by: two sons, Terrence (Stacy) Monroe of Andover, and Matthew (Jamie) Monroe of Wellsville; three grandchildren, Aubree, Makaila, and Ryan Monroe; two sisters, Cheryl (Roger) Carlin of Tennessee, and Mindy (Dan) Peters of Wellsville; siblings-in-law, Glenn and Roger Mallory, and Peggy Stallworth; as well as several nieces and nephews. 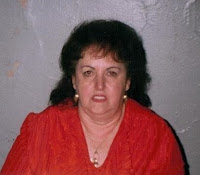 Wellsville, NY – Norma E. Dennis, 85, of Gardner Heights, passed away on Wednesday, January 18, 2023 at Highland Park Care Center in Wellsville. She was born in Wellsville on October 24, 1937, the daughter of the late Harold and Rose (Brownell) Hunt. On March 17th, 1953 she married Robert E. Morse Sr., with whom she had her seven children.

She was an avid bingo player, enjoyed playing cards, going to casinos, watching the Buffalo Bills play, and spending time with family and friends. She was a life member of the VFW Post 2530 Auxiliary, and member of the Morrison Hayes American Legion Auxiliary Unit No. 702.

The family would like to thank Highland Park for her care and her friends at Gardner Heights.

Wellsville, NY – Gary Joseph Weinreber, 71, of Lee Place passed away on Saturday, January 14, 2023 at the Bath VA Care Center. He was born in Buffalo, NY on May 14, 1951 the son of the late Carl James and Mary Elizabeth (Armstrong) Weinreber. On March 12, 1988 in MargeAckerman’s home in Wellsville, he married his loving wife of 34 years, Sandra Lee Baldwin, who survives.

Gary was born and raised in the Buffalo area and attended West Seneca West High School. Upon his 18th birthday, he was drafted by the US Army and proudly served with the 101stAirborne division in Vietnam. After his honorable discharge, he worked for W.W. Sheet Metal & Construction with his brother Mark. Gary found his career with the Railroad, employed by Morrison-Knudsen Corporation starting in 1991, and lived all across the United States during his employment – especially in San Francisco. He retired in 2001. Beyond his career, he loved fishing, boating, camping, and the great outdoors in general. He was a very private and quiet man, but was a very loving, caring, and devoted husband, Sandra’s best friend ever. His favorite saying to his “Buddy” was “Side by each together through thick and thin”.

At this time, services are being planned for late Spring/early Summer of this year. A committal with full military honors will take place at that time. Please consider memorial donations to the Shriners Burn Center, 1645 W 8th Street, Erie, PA 16505. To leave online condolences please visit www.embserfuneralhome.com.

Wellsville, NY – William Lawrence Hoyer Sr., 77, of 3684 County Road 28 passed away on Saturday, January 14, 2023 at the home of his son in Friendship following a brief illness. He was born November 19, 1945 in Wellsville, the son of the late Walter and Mary Elizabeth “Betty” (Hurley) Hoyer.

Bill was a graduate of Wellsville High School, and was a veteran of the U. S. Army during the Vietnam era. He was formerly employed at Friendship Dairies, Wise Snack Foods, and Schliegel Corporation. He was a member of the Friendship American Legion Post 1168, and the Frank B. Church Post 2530 VFW in Wellsville.

He is survived by a son, William L. (Heather) Hoyer Jr. of Friendship, a step-granddaughter, Kira Farnum, and her fiance`Josh Sparks of Rochester, a grandson, Cohl Hoyer of Friendship, agreat granddaughter, McKenna Baker of Friendship, two brothers, Richard (Marlene) Hoyer, of Syracuse, and Kurt (Mary Ann) Hoyer of Oneonta, as well as several nieces, nephews and cousins. He was predeceased in addition to his parents, by a daughter, Maggie May Hoyer, and a brother, John Hoyer.

A graveside service at Maple Grove Cemetery in Friendship and a memorial celebration is being planned and will be announced at a later date. Please consider memorial donations to the VFW in Wellsville, or the Wounded Warrior Project. To leave online condolences, please visit www.embserfuneralhome.com.

Virginia Beach, VA – Christopher M. Morrison, 53, died on Wednesday, December 21, 2022 from injuries sustained in a motorcycle accident in Virginia Beach. He was born May 4, 1969 in Waverly, NY. He was raised in Wellsville and Virginia Beach, VA. He owned and operated “Rupture Streetwear” and enjoyed music, drag racing, and working on cars.

Please consider memorial donations to EGS Foundation: Racing for Cancer Research. Their efforts use the highly powerful stage of NHRA Drag Racing to build awareness and breakdown barriers to increase prevention and early detection. Additional information can be found at http://www.teamjegs.com/content/foundation.
A reception will follow the celebration at Mike's On The Corner, in Scio, NY. To leave online condolences please visit www.embserfuneralhome.com.
Posted by Dick Helms at 3:41 PM No comments: 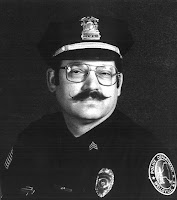 Wellsville, NY – Harold Thomas Hoffman, 82, of 103 Early Street passed away on Friday, January 13, 2023 at Strong Memorial Hospital. He was born January 11, 1941 in Hornell, the son of the late Harold G. and Mary Elizabeth (Swackhamer) Hoffman. On January 23, 1965 in Hornell he married Mary Ann Buono who survives.

Tom was raised in Hornell, and was a 1960 graduate of Hornell High School. He served with the U. S. Army Military Police in Germany from 1961 to 1964, and attended Officers Training School. He was first employed by the Erie Railroad in Hornell, working in the Ice House. He later joined the Hornell Police Department, and the New York State Police before beginning his career with the Wellsville Police Department in 1967, and retired with the rank of sergeant in 1996. He was a life member of the Emerald Hook & Ladder Company #3 and the Morrison Hayes Post 702, American Legion. He enjoyed hunting, woodworking, and was an avid gardener.

Friends are invited to call on Friday, January 20, 2023 from 12 noon to 2:00 pm at the J. W. Embser Sons Funeral Home Inc, 34 W. State Street in Wellsville. The funeral and military honors will follow at 2:00 pm in the funeral home. Burial will be in St. Mary’s Cemetery in the Town of Fremont. In lieu of flowers please consider memorial donations to the Emerald Hook and Ladder Company #3, 40 S. Main Street, Wellsville, NY 14895. To leave online condolences, please visit www.embserfuneralhome.com.

Posted by Dick Helms at 3:32 PM No comments: