Tom was a 1963 graduate of Haverling High School and enrolled at Corning Community College were he earned an Associate in Applied Science Degree in Drafting in 1965.  He earned a Bachelor Degree in Mechanical Engineering from Alfred State College in 1993.

In 1965, soon after being hired at ABB Air Preheater, Tom was called to serve his county in the U.S. Army, where he attended basic training in Fort Riley, Kansas, then Fort Sam Houston in Texas, where he received training as a Clinical Psychologist.  He then was deployed to the Vietnam War in 1967 where he remained until he was honorably discharged to return home.
He returned to ABB Air Preheater and once again met up with the love of his life Deanna, whom he originally met at age 12 at a friends Halloween party, introduced by his longtime childhood friend Gary Richardson.  As fate would have it;  and as their children are eternally grateful; shortly after coming home, they ran into each other at Club Valentine in Bath, NY and that is where the romance began, they were married six months later on August 17, 1968.  Their love for each other and the love they had for family and friends were surreal and continued throughout both of their lives, never wavering, even through death.

Tom was dedicated to his work as an Engineer at ABB Air Preheater for 43 years where he retired in 2008, and for some years after, liked to return to join them for a lunchtime visit over Chinese cuisine.

Tom was an avid “almost” scratch golfer, and loved to be outdoors having a few beers with friends.  He often played in tournaments and leagues with lifetime friends and brothers Larry Muscato and Chuck Wiser who knew him best and cherished their time with him as he became ill so early on in life.  He enjoyed the camp life at Deer Run campground and as kids we knew if we wanted to find our dad, we could look no further than the Frisbee Golf Course with his favorite purple Frisbee or in front of a campfire at our infamous “G” loop.

Although he never learned to master the technique, he loved to play guitar, he also loved to listen to music and sing and had a beautiful voice, but because he was shy only a few of us lucky ones got to here him sing his favorite songs.  He loved to listen to the oldies and found peace in music.  He loved to provide the local birds of a feather, along with the visiting chipmunks and squirrels meals for year round enjoyment and was insistent every bird feeder was full for his feathered friends.  He thoroughly enjoyed his tractor, and took great pride in yard maintenance and waving to passerbies.  He enjoyed sitting at his computer, and as of late, partook in some banter about recent “political” issues and was not afraid to share his views with others.  He enjoyed reading the paper, watching late night with Jimmy Kimmel and being knowledgeable about recent events.  No illness would keep him from attending any of his children’s or grandchildren’s sporting events.  He enjoyed watching Mike play soccer and hockey, Tyler play football, Tristen play basketball and Trace play soccer and could often be heard cheering and jeering the ref’s for a bad call.

He could often, almost daily, be seen at the Modern Diner with his daughter and/or his long time friend and brother Bill Elliot, harassing the waitresses especially Tammy, Sharon and Morgan.  He loved it all so much and enjoyed getting a little back from them, as well as, Cheryl and Pat.    He loved running into friends and acquaintances and catching up on the here and now.  After a visit to the Modern Diner he could often be seen co-piloting Bill on a car ride site seeing.

He had a wonderful sense of humor, was a kind, gentle, and fair man, with the highest level of integrity, honesty, and intelligence and although his physical heart had been weak the majority of his life, his beautiful, caring soul was beyond reproach.  Although plagued with continued health ailments, he never complained about what was taken from him, he knew life continued to bless him with what he still had.  On January 10, 2014, he was given a second chance at life with the implantation of a Left Ventricular Assistance Devise (LVAD) and had been a patient at Strong Memorial Hospital since 1999. His family is eternally grateful for the highest care and commitment in health care advances they have ever seen.  We are humbled by the caring and compassion of all the medical staff we have been privileged to have been connected with.

He can now rest in peace with our Lord Jesus, his beloved wife and family, where he will remain safe and comforted until the day we can all be together again.

He is survived by a son, Michael (Rachael) Geyer of Corning, a daughter, Stacie Woodruff of Scio, her companion, Brian Gates, three grandsons, Tyler Green, his fiance, Tamara Schweigart, Tristen Woodruff, and Trace Woodruff, as well as several nieces, nephews and cousins. He was predeceased in addition to his parents and wife by a sister, Lois “Betsy” Geyer.

Friends are invited to call on Wednesday, August 1, 2018 from 2:00 to 4:00 and 7:00 to 9:00 pm at the J. W. Embser Sons Funeral Home In Wellsville. The funeral will be on Thursday, August 2, at 11:00 am in the funeral home. Burial with military honors will be in Fairlawn Cemetery in Scio. Please consider memorial donations to the American Heart Association, Home Care & Hospice, or any charity of the donor's choice.  To leave online condolences, please visit www.embserfuneralhome.com. 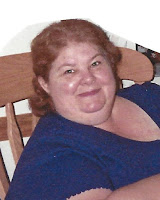 Leisha was raised in Wellsville and was a 1978 graduate of Wellsville High School. She was a devoted wife and mother, and loved all children. She formerly attended the Trinity Lutheran Church in Wellsville.

Surviving in addition to her husband, is a son, Jeremy (Ashleigh) Smith of Wellsville, two beloved grandsons, Liam A. Smith and Bennett D. Smith, her mother-in-law, Melvena K. Smith of Wellsville, and several nieces and nephews, including, Robin (Billy) Roberts. She was predeceased in addition to her parents, by a son Nicholas W. Smith on April 7, 2004, and her father-in-law, William H. Smith.

At her request, there will be no prior visitation or funeral. Please consider memorial donations to any volunteer organization of the donor's choice. To leave online condolence, please visit www.embserfuneralhome.com.
Posted by Dick Helms at 2:29 PM 4 comments:

Kathryn was a 1937 graduate of Wellsville High School, and a 1940 graduate of  Edward J. Meyer Memorial Hospital, School of Nursing in Buffalo. She had a long and full nursing career spanning employment at Dr. Elmore G. Harkness' office in Wellsville, St. James Mercy Hospital in Hornell, she was the Administrator of Our Friendly Home in Canisteo, a Nurse at Hamilton College in Clinton, a New York State Public Health Nurse in Utica, and was a Nursing Supervisor at Beulah Home, and Matilda Brown Home in Oakland, CA. She retired in 1985, and she and Art traveled the lower 48 states visiting friends and family until Art's death in 1991. She later married to Edward Moscardini, who predeceased her in 2005.

She is survived by three children, Marilyn Khalaji, Irene Genung, and Wayne (Cindy) Genung, seven grandchildren, two great-grandchildren, and several nieces and nephews. In addition to parents and husbands, she was predeceased by two children, Nancy Lee in 1953, Merton in 2004, and her brother Berwyn J. Hauser of Wellsville in 2010.

Wellsville, NY - Penelope A. Martin, age 74, of he Bolivar Road passed away on Saturday, July 14, 2018 at the Wellsville Manor Care Center. She was born on August 4, 1943 in Wellsville to Frederick J. and Sylvia Jean Lucas Carr.

Penelope was a long time resident of the Wellsville Area who had graduated from Nunda Central High School. She worked most of her life in retail sales including the shoe department at the Wellsville K-Mart. She later worked at the Texas Hot Restaurant from where she retired.

She was predeceased by her parents; 2 brothers, Kevin Richard Carr, and Frederick James Carr II; a sister, Nancy Jean Hayes.

There will be no prior visitation and a burial service will be held at the convenience of the family in Fairlawn Cemetery. Memorials in her name may be made to the SPCA serving Allegany County. To leave online condolences please visit www.embserfuneralhome.com

Posted by Dick Helms at 3:10 PM No comments: 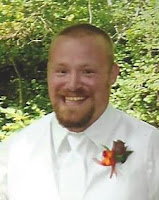 Mike was raised in Belmont and was a 2007 graduate of Alfred-Almond Central School. In high school he was a five year member of the FFA and served as president for two years. He graduated from Alfred State College,School of Applied Technology, Masonry Program in 2009. He enjoyed his masonry career beginning with Miller and Richard Masonry Inc. of Genesee, PA, and was currently employed by K.S. La Forge Excavating Inc. of Wellsville. He was an avid outdoors man, who enjoyed hunting, fishing, and singing karaoke. There was no time more valuable than the time he spent with his children.

Surviving in addition to his wife, are two sons, Christopher Woodworth and Westin Latham, one daughter Kyleigh Latham, his parents of Belmont, a sister, Theresa Latham of Hornell, his paternal grandmother, Maxine Latham of Belmont, his mother-in-law, Arleigh Reynolds of Alma, as well as several aunts, uncles, nieces, nephews, cousins and friends. He was predeceased by a brother, Jason Latham in 2013, his paternal grandfather, Eugene Latham, his maternal grandparents, Louis and Ellen “Skip”  Sheroshick, and his father-in-law, Mike Reynolds.

Friends are invited to call on Thursday, July 12, 2018 from 6:00 to 8:00 pm and Friday July 13, from 10:00 to 11:00 am at the J.W. Embser Sons Funeral Home Inc, 34 W. State Street in Wellsville. The funeral will follow visitation on Friday at 11:00 am in the funeral home. Burial will be Fairlawn Cemetery in Scio. Please consider memorial donations to a fund being set up for his children's college education, % James and Anne Latham, 5938 Easton Road, Belmont, NY 14813. To leave online condolences, please visit www.embserfuneralhome.com.

Pat was a 1965 graduate of Pontiac Northern High School. She was formerly employed as a security officer at Pontiac Motors in Michigan, as a housekeeper, and was a full time mother. She enjoyed motorcycle hill climbing, motorcycle racing, bowling, and playing baseball. She was an avid  Detroit Tigers and the Detroit Lions fan, and loved going to her sons football games.

For the past eight years Pat's sister, Sandy Field has been her caregiver, and she was loved by the staff at Wellsville Manor. She loved her Rottweiler “Rocco” and has had a stuffed  Rottweiler that she held as if it was real, she died with it in her hands.

She was predeceased in addition to her parents and husband by two brothers, Robert “Pete” Larkin and Jeff Larkin, her beloved step mother, Linda Larkin, and a very special love in her life Bob Christian,