Anne was a long time resident of Angelica who worked in the Perry Knitting Mills and for the former Angelica Broom Factory. She was a life member of the Belmont Twigs and volunteered at Jones Memorial Hospital for eight years. Anne was generous to all who knew her and will be remembered in the area for her chocolate cookies. Anne was passionately devoted to her family and friends.

She was predeceased by her husband Burton Benjamin; a daughter, Brenda (David) Swift; a grandson, Michael Harding; 2 sisters and a brother.

Friends are invited to call on Monday, June 4, 2012, from 12 noon to 2 pm at the J.W. Embser Sons Funeral Home in Belmont. Anne's funeral service will take place at the conclusion of calling hours at 2 pm in the funeral home with Father Sean DiMaria presiding. Burial will take place in St. Mary's Cemetery and memorials may be made to Home Care and Hospice of Wellsville or to the charity of the donor's choice. To leave online condolences please visit www.embserfuneralhome.com.
Posted by Dick Helms at 6:07 PM 6 comments:

Wellsville, NY - Charles R. Reuning, formerly of Wellsville, who died June 29, 1999 in South Carolina, will be reinterred in Woodlawn Cemetery in Wellsville on Saturday, June 2, 2012. Friends are invited to a graveside service at 11:00 am in the cemetery
Posted by Dick Helms at 12:13 PM No comments:

Roy had worked for the former Rochester Button Factory in Wellsville as a machinist and in 1984, he received his GED. Roy enjoyed his time at the comfort house as he felt welcomed and he received wonderful treatment.

Roy was predeceased by a grandson, Alex Armstrong.

A memorial service is being planned at a time and date to be announced. Memorials in Roy’s name may be made to the Hart Comfort House at 141 E. State St. in Wellsville. Arrangements are under the direction of the J. W. Embser Sons Funeral Home in Wellsville. To leave online condolences please visit embserfuneralhome.com.
Posted by Dick Helms at 12:14 PM No comments:

Community activities and memberships over his life in Alfred have included Volunteer Fireman, Fire Chief of A.E. Crandall Hook &Ladder from 1952-1954,  Alfred Village Board Trustee from 1956-1970,  and Rotary Club of Wellsville (past president).

Sam lived independently in Alfred until the end of his life, active in the Union University Church, golfing at Wellsville Country Club well into his nineties.

The family of Professor Scholes request that in lieu of flowers, memorial contributions should be made to the community charity of each donor's choice.

Virgil attended Belmont Central School and enlisted in the US Army Medical Corps in 1933 and served until 1936. He was later drafted in 1943 and served until 1946. Virgil then started his 56 year career as a barber cutting hair until he was 89. He also sold real estate for Ruth Brown, was a private contractor and was the town assessor for the Town of Amity and the Town of Alma. At the age of 60 Virgil obtained GED. His memberships include the Belmont First United Methodist Church, Herbert DeLong Post #808 American Legion of Belmont and he was a former member of the Moose Lodge of Wellsville.

He was predeceased by 3 brothers and 1 sister

Friends are invited to call on Wednesday, May 23, 2012, from 7-9 pm at the J.W. Embser Sons Funeral Home in Belmont and on Thursday from 10 to 11 am at which time his funeral service will be held. Rev. Richard Hurd will preside and burial with full military honors will be held in Forest Hills Cemetery. Memorials may be made to the Belmont Library or to the Amity Rescue Squad or to the Allegany County SPCA. To leave online condolences please visit www.embserfuneralhome.com.
Posted by Dick Helms at 4:22 PM No comments:

Richard was a long time resident of Wellsville who had served in the Army during World War II stationed in the Philippines. After the service he graduated from Auburn University with a degree in Mechanical Engineering. He took a job in Ridgeway, PA. at the Elliott and later retired from Dresser Rand in Wellsville after working for 42 years in 1995. Richard enjoyed watching sports especially his grandchildren's sporting events and the Buffalo Bills. In his early 50's Richard began riding a bicycle and he rode until his mid 70's. He rode thousands of miles including a 90 mile trip to Victor to visit family while in his 70's. Richard will be remembered for the support he gave his family.

He was predeceased by a sister Alyce Chute.

Friends are invited to call on Thursday, May 24, 2012, from 7-9 pm at the J.W. Embser Sons Funeral Home, 34 West State Street in Wellsville, NY. On Friday at 11 am in the Woodlawn Cemetery there will be a graveside service with full military honors. Memorials in Richard's name may be made to the Home Care and Hospice at 118 North Main Street, Wellsville, NY.  14895. To leave online condolences please visit www.embserfuneralhome.com.
Posted by Dick Helms at 6:40 PM 2 comments:

He was born October 1, 1943 in Bradford, PA the son of Omer and Frances (Kilpatrick) Austin. On September 13, 1970 in Allegany he married Rita Jane McGavisk who survives.

Philip was raised and had formerly resided in Allegany. He was employed at a variety of businesses in Cattaraugus County and at PWI in Wellsville.

Surviving in addition to his wife is one daughter, Tanya (Richard) Lyons of Wellsville, two sisters, Dorothy (Clifton) Lunn of Allegany and Linda (Perry) Hemenway of Little Valley as well as several nieces & nephews.

Friends are invited to a memorial service on Monday, May 21, 2012 at 11:00 am in St. John's Episcopal Church in Wellsville with Rev. G. Cole Gruberth presiding. The family suggests that memorial donations be made to the American Cancer Society or St. John's Church. To leave online condolences, please visit www.embserfuneralhome.com.
Posted by Dick Helms at 1:46 PM No comments: 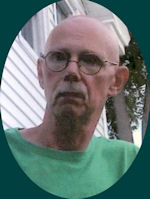 Scio, NY - Martin W. "Marty" Parkhurst of Main Street passed away at home on Tuesday, May 8, 2012. He was born on February 17, 1952 to Donald and Gwendolyn (Broughn) Parkhurst. On September 23, 1972 in Conesus he married Sally Barber who survives.

Marty was a former resident of Scio who was a self taught cook and chef. He had worked at many area restaurants including Penn Valley, Better Days, Modern Dinner, Castaways and the Brass Balloon. Marty enjoyed the social aspect of cooking and catered many functions and volunteered his cooking talents for family, friends and for the Ridgewalk. Marty had a sense of humor, loved his grandchildren and enjoyed family picnics. He will be remembered for his many daily trips to the grocery stores where he enjoyed socializing with customers and staff.

Marty was predeceased by his parents.

Friends are invited to call on Friday, May 11, 2012, from 2-4 and 6-8 pm at the J.W. Embser Sons Funeral Home in Wellsville. His funeral service will take place at 8 pm following the calling hours with Rev. Frank Troutman presiding. Memorials in Marty's name may be given to the MS Society, Upstate New York Chapter, 1650 South Ave. Suite 100, Rochester, New York 14620. To leave online condolences please visit www.embserfuneralhome.com.
Posted by Dick Helms at 5:05 PM 7 comments:

Scio, NY - Elizabeth A. "Betsy" Konieczka, 68, of 3495Knights Creek Road died unexpectedly on Sunday, May 6, 2012 shortly after arrival at Jones Memorial Hospital in Wellsville. She was born April 8, 1944 in Buffalo the daughter of Chester and Pearl (Hooker) Bliss. On May 5, 1975 in Jarrettown, PA she married Stanley J. Konieczka who predeceased her October 20, 2008.

Betsy was raised in Bolivar and had resided at Manor Hills in Wellsville for many years before moving to Scio. She had a wonderful sense of humor and will be missed by her friends and the staff at Rural Adult Living.

Friends are invited to a memorial service at Rural Adult Living, (formerly Mater Dea) 3495 Knights Creek Road in Scio on Thursday, May 10, 2012 at 1:00 pm with Rev. Dick Helms presiding. Burial will be in Bath National Cemetery. Memorial donations can be made to the Wellsville Volunteer Ambulance Corps. To leave online condolences, please visit www.embserfuneralhome.com.
Posted by Dick Helms at 2:19 PM 2 comments: