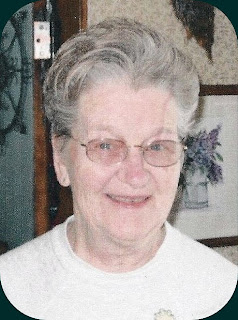 Bradenton, FL - Alice Louise Jedinak, 83, formerly of Wellsville, NY was carried to heaven by her angels July 27, 2013 at the home of her daughter, after a prolonged illness. She was born October 19, 1929 in Stowe, PA the daughter of Joseph and Henrietta (Kossler) Beck of McKees Rocks, PA. On February 3, 1951, she married Theodore J. "Ted" Jedinak, who predeceased her in 2010, five days short of their 59th wedding anniversary.

Alice will always be remembered for her sewing skills, her sweet rolls, and her contagious laugh. She was a devoted wife, mother and grandmother, and was a dedicated servant to God and her church. She was a member of the Grand Squares, the Immaculate Conception Parish and the parish Altar & Rosary Society. She loved Harley rides with Ted. We will miss your smile, giggle, and those twinkling blue eyes, but knowing you are finally at peace gives us comfort.

She is survived by one son, Robert (Joanna) Jedinak of Tucson, AZ, two daughters, Rita (Stephen) Jedinak-Sikora of Bradenton, FL and Judith (Ben) Cornelius of Wellsville, six grandchildren, eight great-grandchildren, one brother, Robert Beck of Pittsburgh, PA and several nieces & nephews. She was predeceased by her parents, her brother John Beck, a sister, Rosemary Treemarcki, and a great-granddaughter, MacKenzie Grace Jedinak.

A Memorial Mass will be celebrated on Friday, August 9, 2013 at 11:00 am in the Immaculate Conception Church in Wellsville with Rev. Sean DiMaria as Celebrant. Burial will in Sacred Heart Cemetery at the convenience of the family and there will be no prior visitation. The family requests that memorial donations be made in Alice's name to the Immaculate Conception Parish Altar & Rosary Society or to the Alzheimer Association. To leave online condolences, please visit www.embserfuneralhome.com. 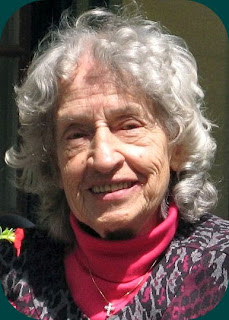 Anne was raised in Buffalo and met Jerry while working at Linde Corporation in Buffalo. They moved to Wellsville in 1965. She was formerly employed by the Allegany County Board of Legislators from 1978 to December 31, 1996. She was a member of the Immaculate Conception Church, the Wellsville Lioness Club, the Jones Memorial Hospital Auxiliary, the Thelma Rogers Historical Society and the Wellsville Volunteer Ambulance Corps, where she severed as an EMT for over 10 years.

She is survived by one son, Paul (Deborah) Wright of Wellsville, one sister, Pauline (Michael) Dvornak of Hammond LA as well as several nieces & nephews. She was predeceased in addition to her husband by two brothers, Frank and Michael Wolko.

Friends are invited to call on Tuesday from 2-4 & 7-9 pm and Wednesday from 10:00 to 10:30 am the J. W. Embser Sons Funeral Home Inc. in Wellsville. A Mass of Christian Burial will be celebrated on Wednesday at 11:00 am in the Immaculate Conception Church with Rev. Sean DiMaria as Celebrant. Burial will be in Mount Olivet Cemetery in Kenmore. The family suggests memorial donations to the Wellsville Volunteer Ambulance Corps or the Emerald Hook and Ladder Company. To leave online condolences, please visit www.embserfuneralhome.com.

Posted by Dick Helms at 8:19 PM No comments: 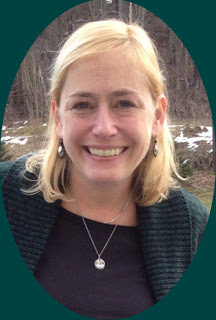 Wellsville, NY - Julianne Doyle Bentley, 43, of 55 Stevens Street Wellsville, NY passed away unexpectedly at her home on Sunday, July 21, 2013. She was born October 21, 1969 in Rochester the daughter of John and Ruth (Friel) Doyle of Cuba, NY.

Julie graduated from Cuba Central School in 1987. She then spent a year in Japan as a Rotary Exchange Student. She graduated with a B.A. degree in Sociology from Grove City College in 1992.  She was employed by Wellsville Manor for 4 years and for Sterilator Co. in Cuba, NY for 9 years.

Julie was a very caring, outgoing person with a beautiful smile. She loved to help out other people. She was loved among the AA community and often took an active role in AA meetings. She was artistically talented and enjoyed painting. More than anything, she enjoyed spending time with her sons, Alex, Owen and Evan. In recent months, she spoke often about her closeness to God.

Friends are invited to call on Thursday from 3-4 and 7-9 pm at the J. W. Embser Sons Funeral Home Inc., 34 W. State Street in Wellsville. A Mass of Christian Burial will be celebrated on Friday, July 26, 2013 at 10:00 am at Our Lady of Angels Church in Cuba with Rev. Dennis Mancuso as Celebrant. Interment will follow at Our Lady of Angels Cemetery in Cuba. The family suggests memorial donations, in lieu of flowers be made to Catholic Charities or any charity of the donor's choice. To leave online condolences, please visit www.embserfuneralhome.com.
Posted by Dick Helms at 7:33 PM 15 comments:

Bolivar, NY - Pauline A. Broadbent Green, 91, of South Main Street passed away on Thursday, July 18, 2013 at Cuba Memorial Hospital. She was born August 11, 1921 in Olean, the daughter of Jesse and Tillie (Terrette) Dunshie.

Friends are invited to call on Thursday, July 25, 2013 from 10:00 am to 12:00 pm at the J. W. Embser Sons Funeral Home Inc. in Wellsville. The funeral will follow at 12 noon in the funeral home with Rev. Ralph Wagner presiding. Burial will be in Riverside Cemetery in Belfast.

The family suggests memorial donation be made to the Bolivar Volunteer Fire Department or any charity of the donor's choice. To leave online condolences, please visit www.embserfuneralhome.com.
Posted by Dick Helms at 3:06 PM No comments:

Belmont, NY - A graveside service with military honors for Willis A. Baker will be Saturday, July 27, 2013 at 11:00 am at Forest Hills Cemetery in Belmont. Mr. Baker passed away on  Tuesday, June 11, 2013. To read the complete obituary, please visit www.embserfuneralhome.com.
Posted by Dick Helms at 1:43 PM No comments:

He was predeceased by a brother, Thomas I. Lamb Jr.

A grave side service will be held in Forest Hills Cemetery in Belmont at the convenience of the family. Memorials may be made to the Amity Rescue Squad and to leave online condolences please visit www.embserfuneralhome.com.
Posted by Dick Helms at 6:00 PM 4 comments:

Wellsville, NY - Esther M. Martin, age 93, of Osborne Street passed away on Wednesday July 3, 2013 at the Highland Health Care Center. She was born on January 9, 1920 in Munson, PA. to Carl and Alice Shaw Dahlgren.

Esther was a long time resident of Wellsville who graduated from Wellsville High School in 1937. She had worked for the former Wee Spot Restaurant and for the former Ralph Benjamin Auto Repair both of Wellsville. In 1985 she retired from L.C. Whitford Company after 20 years of service as the payroll clerk. Esther had been a member of the Christian Missionary Alliance Church in Wellsville who was an avid reader and enjoyed cross word puzzles.

Friends are invited to call on Sunday, July 7, from 7-9 pm at the J.W. Embser Sons Funeral Home in Wellsville. Her funeral service will take place on Monday at 2 pm in the Funeral Home with Reverend Richard Helms presiding. Her burial will be in Woodlawn Cemetery and memorials in Esther's name may be made the American Cancer Society. To leave online condolences please visit www.embserfuneralhome.com.
Posted by Dick Helms at 4:40 PM 1 comment:

Jim enjoyed camping with his family and after retirement he liked to travel with his wife. He lived in his home for 60 years and along with many of neighbors enjoyed sitting on their front porches watching the neighborhood. Jim will be remembered as very much a family man.

He was predeceased by 2 brothers, John and Richard Ketchner

Friends are invited to call on Sunday, July 7, from 2 to 5 pm in the J.W. Embser Sons Funeral Home in Wellsville. On Monday a prayer service will be held at 10:30 am at the funeral home followed by a Mass of Christian Burial to be celebrated at 11 am in the Immaculate Conception Church. Burial will take place in Sacred Heart Cemetery and in lieu of flowers memorials may be made to either the Hart Comfort House or to the Immaculate Conception Church Capital Improvement Fund. To leave online condolences please visit www.embserfuneralhome.com.
Posted by Dick Helms at 3:44 PM No comments: