Dave was a graduate of Scio Central School, and continued his education at the State University of New York at Brockport. He was employed at Dresser-Rand Corporation in Wellsville for thirty-five years, retiring in 1998. He was a member of the Scio Central School, Board of Education, and St. Joseph's Catholic Church. He was an avid outdoors-man. He also enjoyed bowling, golfing, fishing, and especially hunting. One of his greatest joys was hunting with his grandsons Derek and Matt. Dave never missed any of his granddaughter Lacey's Go-Kart races. He loved his grandchildren so very much.

A private service is being planned for a later date. Please consider memorial donations to the American Cancer Society. To leave online condolences please visit www.embserfuneralhome.com.

Whitesville, NY - Leo Eugene Coleman, 65, of 652 Main Street, passed away at Strong Memorial Hospital on Friday, April 23, 2021 following a brief illness. He was born the son of Leo and Barbara “Jean” (Ordway) Coleman in Wellsville on March 25, 1956. On August 30, 2008 in Whitesville he married Nancy Crittenden, who survives.

He was raised in Rexville and graduated from Whitesville in 1974. He initially worked on the family farm but, began his career as a Natural Gas Driller for Union Drilling, and then Sidewinder Co., retiring in May 2015.

Posted by Dick Helms at 3:08 PM No comments: 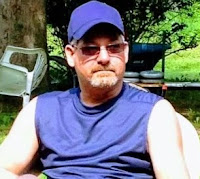 Bob was raised in Allentown and Scio, and attended Scio Central School. Initially he worked for Machler Industries in Friendship. He then moved on to the New York State Department of Transportation in Friendship.

Posted by Dick Helms at 3:03 PM No comments:

Ithaca, NY - Margaret Carol Buchholz, or Maggie, a resident of Brookdale Assisted Living for three years, passed away there on April 16, 2021. She was born on December 18, 1930 in Allentown, NY. She grew up in a new house built by the Ebenezer Oil Company in Hogs Brook Road. Her Father worked for the company for many years.

She was predeceased by her parents George and Lela Hardy, three brothers and two sisters, her husband, Erwin (Herb) Buchholz, by her daughter, Debbie Lou Allen, and a grandson, Chad Webster.

Margaret attended Allentown School and graduated from Wellsville High School in 1947. She married Erwin Buchholz of Wellsville on August 30, 1950. They shared almost 61 years of married life at the family home on Hallsport Road in Wellsville before his passing in 2011.

She was deeply involved as a volunteer on the Wellsville Ambulance Corps, passing on her knowledge to others by teaching many first aid classes.

Margaret and Herb cut and split thousands of cord wood together and with family. They sold the wood from their home and were generous in giving wood to those who were in need.

She loved the outdoors, staying at their rustic camp on Stoney Lonesome Road with family and friends, hiking, hunting, and driving the tails in her jeep. At their sugar lean-to, they produced wonderful maple syrup over an open fire. She was the proud maker of of thousands of colorful scrubbers which she loved to give to friends and friends of friends. They will be sorely missed and may soon become collector's items.

Margaret was diagnosed with Multiple Sclerosis in the early 1970's. She generously donated her body for scientific research on the long-term effects of that disease. A private memorial service will be held at the convenience of the family. Memorial contributions in Margaret's name may be made to the Multiple Sclerosis Society, a cause very dear to her and her family. To leave online condolences please visit www.embserfuneralhome.com.

Posted by Dick Helms at 3:58 PM No comments:

Little Genesee, NY - Valerie J. Guardino, 88, of Willow Brook Road, passed away on Thursday, April 1, 2021 at Jones Memorial Hospital in Wellsville. She was born on April 3, 1932 in Harrisburg, PA, the daughter of the late Reginald and Leone (Russell) Merritt.

Richard was a former resident of California, MD, Dayton, OH, New London, CT, Baltimore, MD, and Clarendon, PA. He was a 1952 graduate of Warren High School, a 1956 graduate of Penn State University, and earned a Master's Degree in Engineering from Connecticut College in 1964.

Prior to being employed by the Department of the Navy, Richard worked for the U.S. Weather Bureau and also served a tour with the United States Air Force as a tactical fighter pilot. He flew the F86 and F84 fighter jets for the Maryland Air National Guard and the Ohio Air National Guard.

October 1,1993, Richard began his full-time pleasures of fishing and boating in the Chesapeake Bay, and hunting and hiking from his log-cabin in the Allegheny National Forest - life was good!

In addition to wife, Richard is survived by a brother, Harold E. Walchli of Gibsonia, PA, and several nieces and nephews. In addition to his parents, he was predeceased by: two brothers, Raymond W. Walchli, and Randall B. Walchli, and a sister, Elizabeth, Walchli.

Posted by Dick Helms at 2:06 PM No comments: