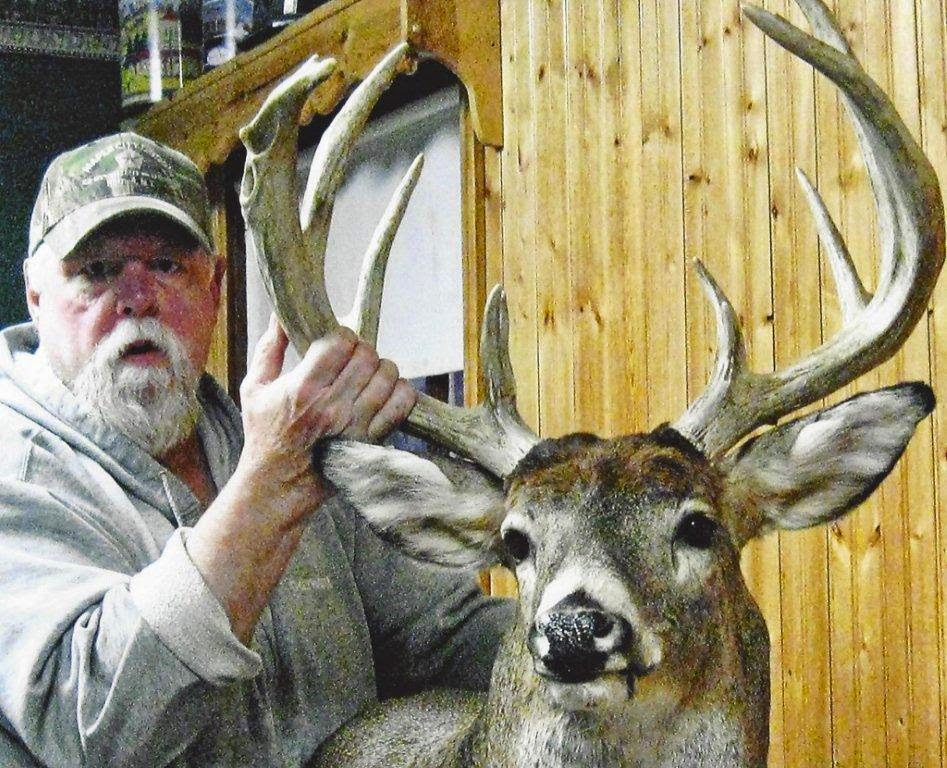 Philip was raised in Lockport and was a graduate of Lockport High School. He was a veteran of the U. S. Army and was an employee of Harrison Radiator Corporation in Lockport for many years. He also operated an archery shop and was a taxidermist in the Lockport area. After retirement, he moved to the Wellsville and was an avid outdoorsman who loved hunting and fishing.

He is survived by several friends including, Albert Hyde of Scio, John and Becky Bork of  North Tonawanda, the John Shetler Family of Fillmore, Jon Ebling of Andover, Elmer Thomas of Wellsville as well as a host of friends at Castaways Restaurant in Wellsville.

Friends are invited to call on Wednesday from 7:00 to 9:00 pm and Thursday from 12 noon to 2:00 pm at the J. W. Embser Sons Funeral Home Inc. in Wellsville. The funeral will follow visitation at 2:00 pm Thursday (October 30, 2104) in the funeral home with Pastor Richard Helms presiding. Burial with military honors will be in Woodlawn Cemetery. To leave online condolences, please visit www.embserfuneralhome.com.
Posted by Dick Helms at 3:45 PM 1 comment: 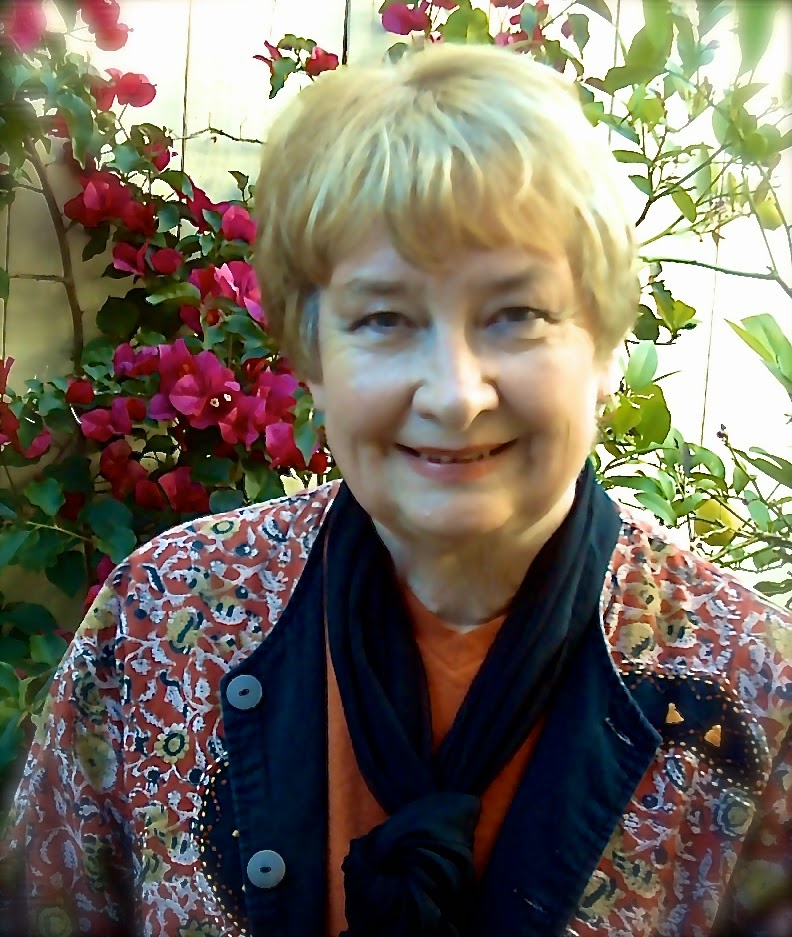 Belmont, NY - Jean Jacobs Smith born December 15, 1932, died peacefully on October 24th, with her family by her side, after a long struggle with lung disease.

She grew up on a dairy farm in Belmont, New York and had a passion for the arts her entire life, beginning with playing in her father's swing orchestra as a teenager and studying painting with her twin sister, Joan Sailer.  She received her degree in Ceramics from Alfred University in 1954.  After living in Germany where she fell in love with cooking and travel, she moved to Miami, FL where she met her husband, Bill and started her family.  She went on to teach art for over 30 years at Winter Park Junior and Edgewater High Schools.

Jean was a passionate teacher who continued to work with students of all ages after her retirement, and helped to rewrite the state's art curriculum.  She was devoted to her family and loved their time together at the beach and holidays.  She was active in her church, Redeemer Lutheran, where she played in the bell choir and co-designed its beautiful stained glass windows.

She is survived by her son, Chris of Orlando (and wife, Irene), daughter, Deena of San Francisco (and partner, Andrea) her grandchildren, Kyle and Katie, two sisters, Audrey Filter of Amherst NH. and Susan Potter of Belmont; and extended family in FL, NH, NY & VA. She was predeceased by her husband, William D. Smith, her twin sister Joan and her parents Ruth and Yale Jacobs.

Friends are invited to call at the J. W. Embser Sons Funeral Home in Belmont on Wednesday, October 29, from 12 noon to 2 pm. Her funeral will be held at 2 pm in the funeral home with Reverend Richard Hurd. Following the service Jean will be laid to rest in the Forest Hills Cemetery.  In lieu of flowers, donations can be made to Redeemer Lutheran Church, 3377 Aloma Ave, Winter Park, FL 32792, in honor of Jean Smith. To leave online condolences please visit www.embserfuneralhome.com.
Posted by Dick Helms at 9:25 AM No comments:

Bob graduated from Academy High School in Erie, PA in January 1946. In April 1946 he enlisted into the U.S. Army Air Corps and served for three years as a photographer and photo lab technician in Japan during the occupation. Bob graduated from St. Paul Bible College in 1952 earned a bachelor’s degree from Houghton College in 1954 and received a master's degree from SUNY at Geneseo in 1961. He taught at Belfast Central School from 1958 to 1961 and at Belmont Central School from 1961 to until he retired in 1985. He owned and operated Boyer Welding in Belmont, where he did custom welding and metal work until 2008. For twenty years he also did specialty soldering and silver brazing for Dresser-Rand Corporation in Wellsville.

Bob was a member of the National Education Association, the National Council of the Teachers of English, the American Welding Society, the Herbert Delong American Legion Post #808 in Belmont, the Wellsville Elks Lodge # 2530 and the Allegany County Bird Club. He was a faithful member of the Belmont United Methodist Church and loved to worship God with his friends. He also attended the Wellsville United Methodist Church and the Genesis Bible Church in Scio. In 2006 Bob was named “Citizen of the Year” by the Belmont Betterment Association for his work in helping restore the Park Circle Fountain and other activities to beautify the community.

Bob and his wife Angie were avid boaters. Their summer weekends and vacations for thirty years were spent cruising the canals, rivers, and lakes of New York and Lower Canada in a cabin cruiser. They crossed Lake Ontario many times and cruised as far north as Ottawa and Montreal and as far south on the Hudson River to the Statue of Liberty. One month-long summer trip involved negotiating seventy-three locks, including all of the locks on the St. Lawrence Seaway. Bob was a life member and past vice-commodore of the Montour Falls Yacht Club. In recent years, he made numerous trips to the Southwest were he photographed most of the major Native American ruins in Arizona, New Mexico, Utah, and southern Colorado.

Friends are invited to call on Friday October 24, from 2:00 to 4:00 and 7:00 to 9:00 pm at the J. W. Embser Sons Funeral Home Inc. 17 Schuyler Street in Belmont. The funeral will be Saturday, October 25, at 10:00 am at the Genesis Bible Church in Scio with Rev. Mark Chamberlain and his brother-in-laws, Rev. Clarence Hager and Rev. Paul Sterneman presiding. Burial with military honors will follow in Forest Hills Cemetery in Belmont. The family suggests memorial donations be made to the Houghton College Student Scholarship Fund, Office of Advancement, PO Box 128 Houghton, NY 14744 - http://www.houghton.edu/makeagift or Wycliffe Bible Translators, P.O. Box 628200, Orlando, FL 32862 "Project" specifying -Americas Group #990655 for 44410P74554 Culina NT. This fund is assisting with publishing the New Testament in Peru - https://www.wycliffe.org/
To leave online condolences, please visit www.embserfuneralhome.com.
Posted by Dick Helms at 11:02 AM 3 comments:

Dick was a graduate of Wellsville High School and was a veteran of the Korean War serving with the U. S. Army from 1951 to 1955. He was formerly employed at Bausch and Lomb and the Capital Plastics in Wellsville and was a meat cutter for Umiker’s Market. He later began his career as a machinist with Worthington Corporation and retired from Dresser-Rand in 1994.

He was a member of the International Association of Machinist Moore Lodge 1580, the Morrison-Hayes Post 702 American Legion and was a former member of the Wellsville Moose Lodge # 601. He played the banjo for a Country and Western band in the 50’s & 60’s and enjoyed Round and Square Dancing, hunting, fishing, bowling, golf and had a great sense of humor.

Friends are invited to call on Thursday from 6 to 8 pm at the J. W. Embser Sons Funeral Home Inc. in Wellsville. The funeral will be Friday, October 17, 2014 at 1:00 pm in the funeral home with Rev. Robin George presiding. Burial with military honors will follow at Woodlawn Cemetery. The family suggests memorial donations be made to the Wellsville Volunteer Ambulance corps or the Wellsville Volunteer Fire Department. To leave online condolences, please visit www.embserfuneralhome.com.
Posted by Dick Helms at 4:46 PM No comments:

Fulmer Valley - Aileen Helen Flynn Richardson, age 89, of Fulmer Valley passed away on Thursday, October 9, 2014, at the Wellsville Manor Care Center. She was born on November 20, 1924 to John and Frances Martin Flynn. On May 1, 1953 in Buffalo she married G. William Richardson who predeceased her in 1985.

Aileen had worked at Fisher Price in East Aurora and later for Kissing Bridge. Along with her husband and family she moved from the Buffalo area to Fulmer Valley. She was a private person who enjoyed being home. Aileen enjoyed gardening , both flowers and vegetables, and Mother Nature. She loved her family, especially her grandchildren, her friends, her nieces and nephews and all of her pets.

Friends are invited to call on Saturday, October 18, from 12 noon to 1 pm at the J.W. Embser Sons Funeral Home, 34 West State Street, in Wellsville. Her funeral service will be held at 1 pm in the Funeral Home. Burial will take place in Stannards Cemetery and memorials in Aileen's name may be given to the SPCA. To leave online condolences please visit www.embserfueralhome.com.

Wellsville, NY - Louise M. Ferguson, age 89, of the Bolivar Road passed away on Thursday, October 9, 2014, at the Episcopal Home in Rochester, She was born on June 2, 1926 in Lock Haven, Pennsylvania. On June 22, 1946 in Flemington, Pennsylvania she married Calvin "Cal" Ferguson who predeceased her on October 22, 2009.

Louise was a long time resident of Wellsville having moved to Wellsville with her husband when he took a job at Worthington. She went to work at Worthington as a secretary and retired from Dresser Rand. Louise was a faithful member of the First United Methodist Church in Wellsville and was a former member of the Wellsville Country Club. She loved her dog Laddie, and enjoyed coffee hour each day with her friends. Louise will be remembered as a kind and caring person who was devoted to her family and friends and who would do anything for you.

Friends are invited to call on Monday, October 13, 2014, from 4 to 7 pm at the J.W. Embser Sons Funeral Home in Wellsville. Her funeral service will held on Tuesday at 10 am in the First United Methodist Church of Wellsville with Pastor Greg DeSalvator presiding. Burial will take place in Woodlawn Cemetery and memorials in Louise's name may be given to the SPCA. To leave online condolences please visit www.embserfuneralhome.com.

Hallsport, NY - Carol Ann Winans, age 79, of the Hallsport Road passed away on Wednesday, October 8 2014, at the Olean General Hospital. She was born on November 8, 1934 in Wellsville to David and Luella Cline McConnell. On June 26, 1954 in Wellsville she married James F. Winans who survives.

Carol was a life lone resident of this area who graduated from Wellsville Central High School. She had a lifelong love of horses and along with her family maintained their own horse farm on the Hallsport Road. She was a member of the former Saddle Club and will be remembered for her ability to train a horse that no one else could. Carol was very talented as she enjoyed painting, especially outdoor themed painting, crocheting, quilting, gardening and fishing. She also loved to cook and bake for others and her family. Carol had many joys in her life but her true joy was her family and grandchildren.

Carol was predeceased by her parents David and Luella McConnell.

Friends are invited to call on Wednesday, October 15, 2014, in the J.W. Embser Sons Funeral Home in Wellsville from 10 am to 11 am at which time a service will be held with Reverend Ralph Eastlack. Memorials in Carol's name may be given to the Saddle Dusters Club. To leave online condolences please visit www.embserfuneralhome.com.

The friends of Katherine Ann “Kat” Dickerson are invited to a memorial service on Tuesday, October 7, 2014 at 11:00 am in the Allentown United Methodist Church. A reception will follow the service at 12 noon in church and a graveside service will be conducted on Tuesday at 3:00 pm at Woodlawn Cemetery in Wellsville.

“Kat” passed away on Tuesday, July 29, 2014 at home in Ooltewah, Tennessee. To read the complete obituary, please visit www.embserfuneralhome.com
Posted by Dick Helms at 9:37 AM No comments: