Wellsville - Linda K. Orpet, 76, of Fulmer Valley Road, passed away on Monday October 25, 2021 at Jones Memorial Hospital following a brief illness. She was born in Wellsville on July 2, 1945 the daughter of the late Ralph and Doris (Lewis) Fanton. On August 9, 1975 in Hallsport she married her husband of twenty nine years, Reginald E. Orpet, who predeceased her on January 10, 2005.

Linda was a 1963 graduate of Wellsville High School, she continued her education at SUNY Geneseo and SUNY Alfred – graduating from both institutions. Linda entered the workforce first at Air Preheater and Buffalo Photo Studios before beginning her career in education. She worked for both Alfred State College and Wellsville Central Schools were she was a Teacher's Assistant until her retirement. Outside of work, Linda enjoyed gardening, reading, bird watching, cooking and canning, and loved spending time with her grandson. She was an active member of the Hallsport Christian Church.

Friends are invited to call on Friday, October 29, 2021 from 4 – 6 PM at the J.W. Embser Sons Funeral Home in Wellsville (34 West State Street) and from 12 Noon – 1 PM on Saturday, October 30, 2021 at the Hallsport Christian Church (2182 Stout Rd). The funeral will follow Saturday at 1 PM with Reverend Mike Brady presiding. Burial will be in Woodlawn Cemetery. Please consider memorial donations to Hallsport Christian Church. To leave online condolences please visit www.embserfuneralhome.com. 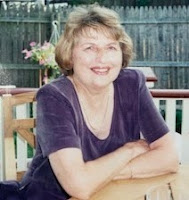 Wellsville, NY - Patricia “Patty” Williams McQueen, 91, formerly of  Wellsville passed away on Sunday, October 24, 2021 at Crest Manor in Pittsford following a long battle with dementia. She was born April 25, 1930 in Wellsville, the daughter of the late John O. and Beatrice (Cummings) Williams. On October 15, 1955 in Wellsville, she married Ernest C. McQueen who predeceased her on June 23, 2008.

Patty was a 1948 graduate of Wellsville High School. Over the course of her life was employed by Empire Gas and Fuel, Rochester Button, and Fleet Bank until her retirement. She belonged to Beta Sigma Phi Sorority, and enjoyed her bridge club. In her later years she loved her Tuesday Morning coffee at Sweet Attitudes. Pat's greatest joy was her children and grandchildren. She loved to sing and laugh, loved movies, theater and travel.

She was predeceased, in addition to her parents and husband by: two sisters and their husbands, Janet (Bud) Browning, and June (Chet) Lee.

Friends are invited to call on Saturday, October 30, 2021, from 11 until 1:30 at the J. W. Embser Sons Funeral Home Inc., 34 W. State Street in Wellsville. A memorial service will follow at 1:30pm in the funeral home with Reverend Carol Stewart presiding. Burial will be in Woodlawn Cemetery. Please consider memorial donations to Rheumatoid Arthritis Foundation, The David A. Howe Public Library, or The Alzheimer's Association. To leave online condolences, please visit www.embserfuneralhome.com.

Wellsville , NY - Gary K. Jordan, 72, of Bolivar Rd, passed away on Saturday, October 16, 2021 at Jones Memorial Hospital after a brief illness. He was born on May 30, 1949 in Olean the son of the late Kieth and Marie (Tyler) Jordan. In Wellsville on June 1, 1968 he married his wife of fifty-three years, Barbara (Costello) Jordan – who survives.

Gary was a 1967 graduate of Wellsville High School. In 1969 he began to serve in the United State Army, where he was a combat medic serving in Vietnam, he remained with the Army  until 1972. After discharging from the service, he began working for D&J Body, Worthington; and eventually he was self-employed, owning Wholesale Tire in Belmont. In his free time he enjoyed watching Jimmy Swagart; and was a member of the American Legion Post #702 in Wellsville.
In addition to his wife, he is survived by: a son, Matthew (Rita) Jordan; a daughter, Carrie (Kenny) Fanton; four grandchildren, Kaleb Jordan, Haylee (Trevor) Coleman, Jacob (Hannah) Fanton, and Kollin (Sara) Fanton; two great-grandchildren, Ivan Jordan and Harper Fanton; a sister, Judy (Ike) Connor; a sister-in-law, Peggy Jordan; and several nieces and nephews.
In addition to his parents, Gary was predeceased by: a son, Chad Jordan; and a brother, Eddy Jordan.
A private graveside service will be conducted by the American Legion Post #702 with full military honors. To leave online condolences please visit www.embserfuneralhome.com.
Posted by Dick Helms at 1:23 PM 3 comments: 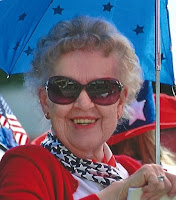 The friends and family of Joanne Gifford Allen are invited to a memorial service on Saturday, October 23, 2021 at 10:30 am in the First United Methodist Church in Wellsville (79 Madison Street) with Reverend Craig Buelow presiding. A reception will follow in Island Park. Burial in Resthaven Cemetery in Phelps, NY will then be at 3:30 PM that same day. Joanne passed on Wednesday, May 13, 2020. To leave online condolences or to read the complete obituary please visit www.embserfuneralhome.com.

Posted by Dick Helms at 3:28 PM No comments:

We are grateful to our family and friends for all the beautiful ways that you expressed your love and sympathy for the loss of our parents, W. Burton Daily who died on August 6, 2021, and Joanne “Pidge” (Christman) Daily who died on December 17, 2019. We have waited patiently until we could gather again to say our final good-bye. We now invite you to join us for a Memorial Service on Saturday, October 23, 2021, at 11:00 a.m at Grace United Church, 289 North Main Street, Wellsville, New York, with Reverend Dr. Karen Heil Borchert presiding. To read the complete obituaries, or leave online condolences, please visit www.embserfuneralhome.com.

Posted by Dick Helms at 3:23 PM No comments:

Wellsville, NY - Jessie Rose Maidment Sekoll, 86, of 35 Farnum Street, passed away on Monday, October 11, 2021 at Highland Hospital in Rochester, NY with her family by her side. She was born on March 22, 1935 in Harcourt, Newfoundland, Canada the daughter of the late Stuart Kitchner and Emily Jane (Pelley) Maidment. She married her husband of thirty-four years, Richard Sekoll, on July 24, 1982. He predeceased her on February 10, 2017.

Jessie was born in Newfoundland and moved to the state in the late 50's. She became a US citizen in May of 1972 and spent most of her life in Allegany county, especially in Whitesville, Stannards, and Wellsville. She was employed by several establishments, including the Cow Palace in Whitesville. She raised three children on her own. She made sure no one went without a meal, especially on holidays which is why there were always extra guests around the Thanksgiving dinner table (a tradition her son Charley would carry on until his own passing). After marrying Richard, she was a farmer for over thirty-five years and enjoyed her vegetable stand, which was an annual tradition until health concerns prevented its operation. While the stand was in business, Jessie made many friends, and often threw in an “extra” to all her orders. She also loved to make crafts; she crocheted over 400 hats for babies that were given to Strong Memorial Hospital and Oshia Children's Hospital. She had a heart of giving. She loved spending time with her family, notably her grandchildren, and friends. Jessie was also a member of the Whitesville Fireman's Auxiliary.

In addition to her parents and husband, she was predeceased by: a son, Stuart Wayne “Charley” (Carla) Edwards; a brother, Willie James Maidment; and a sister, Ada Millicent (Neil Bradley) Pelley.

Friends are invited to call on Friday, October 15, 2021 from 11 AM – 1 PM at the J.W. Embser Sons Funeral Home (34 West State Street) in Wellsville. A graveside service will follow at 1:30 PM with Reverend Dennis Munro presiding in Sacred Heart Cemetery (276 S. Main Street, Wellsville). In lieu of flowers memorials can be made to Whitesville Ladies Auxiliary PO Box 82, Whitesville, NY 14897 or to the Hart House, 141 East State Street, Wellsville, NY, 14895. To leave online condolences please visit www.embserfuneralhome.com. 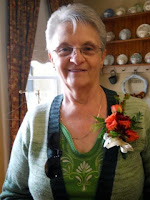 Friendship, NY - Rita A. Carlin, 77, passed away on Friday, October 8, 2021 at Jones Memorial Hospital in Wellsville, NY following a brief illness. She was born on November 9, 1943 in Guilderland Center, NY the daughter of the late Lloyd and Louise (Priest) Kirkey. On October 2, 1960 in Massena, NY she married her high school sweetheart, Lonny M. Carlin, who survives.

Rita was raised in Massena, NY. In the early years of their marriage, Rita and Lonny lived in Friendship and Massena many times before finally settling in Allegany County. She worked in several different industries, including such places as: AVX Ceramics in Olean; Ames Department Store in Wellsville; and Jones Memorial Hospital in Wellsville, retiring in 2000. After retiring, she and Lonny wintered in Gulf Shores and Dolphin Island, AL. She enjoyed reading, fishing, crosswords, Sudoku, but most of all – she loved spending time with her family, whom she adored.

In addition to her parents, she was also predeceased by: a daughter, Kelly Sue Carlin; a brother, David Kirkey; a brother-in-law, Larry Carlin; and a beloved nephew, Kurt Kirkey.

As per Rita's request, there will be a private celebration of life with her family. Please consider memorial donations to the SPCA Serving Allegany County. To leave online condolences please visit www.embserfuneralhome.com.

The friends and family of Barbara Ann Bastian are invited to a graveside service on Saturday, October 9, 2021 at 3:00 pm, in Sacred Heart Cemetery, 276 S. Main Street in Wellsville. 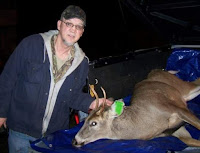 Leland was a long time resident of Allegany County who had worked for the L.C. Whitford Company in Wellsville. He loved to hunt, fish and ride motorcycles.

He is survived by 9 children; several grand and great grandchildren; 2 brothers; a sister; several nieces and nephews as well as many close friends.

He was predeceased by his mother and father, a daughter, a brother and a sister.

There will be no prior services and a celebration of his life will be held by his family at a later date. To leave online condolences please visit www.embserfuneralhome.com.