Genesee, PA - William Edward French, 79, of 175 Commercial Street passed away on Wednesday, November 22, 2017 at Jones Memorial Hospital surrounded by his family. He was born on November 5, 1938 in Wellsville, the son of Harold and Helen (Spencer) French. On October 5, 1963 at Sacred Heart Church in Genesee, Pennsylvania he married Mary Swartout who survives.

He was a member, Eucharist Minister, and usher for Sacred Heart Church. He was a member of the Knights of Columbus, Council 1355 in Coudersport, PA, the Olean Assembly 721, 4th Degree Knights of Columbus, American Legion Post 530 in Shinglehouse, PA, the VFW Post 2530 in Wellsville, the NRA, the Air Force Sergeants Association, and volunteered at the Catholic Charities Food Pantry in Wellsville. He enjoyed hunting, fishing, reading, traveling, bird watching, long walks with his wife, spending time with his grandchildren and attending their activities. Bill was a loving husband, father, and grandfather, and was very proud of his family.

Surviving in addition to his wife, is one son, Scott (Vicky) French of Derrick City, PA, a daughter, Lori (Greg) Elliott of Wellsville, two granddaughter, Teresa Elliott and Jennifer (Robb Fuller) Elliott, two grandsons, Jason and Patrick French, a great-grandson, Rory Fuller, a sister, Anna (Gordon) Cook of Wellsville, as well as several nieces and nephews. He was predeceased in addition to his parents, by a son, Shaun Michael French.

Friends are invited to call on Sunday, November 26, 2017 from 3:00 to 7:00 pm at the J. W. Embser Sons Funeral Home, Inc. in Wellsville. A Mass of Christian Burial will be celebrated on Monday, November 27th at 11:00 am at Sacred Heart Church in Genesee with Fr. Joseph Dougherty and Fr. Leo Gallina concelebrating. Burial, with military honors will be in St. Mary’s Cemetery in Kinney, PA. Please consider memorial donations to St. Jude Children’s Research Hospital. To leave online condolences, please visit www.embserfuneralhome.com.

Wellsville, NY - Lenora T. Michalak, 83, 1492A Bolivar Road, passed away on Monday, November 20, 2017, at Jones Memorial Hospital following a brief illness. She was born December 18, 1933 in Brocton, NY, the daughter of the late John S. and Theresa (Scardina) Ingavo. On June 27, 1953 at Holy Trinity Church in Dunkirk she married Norbert John Michalak who predeceased her on September 26, 2016.

Lenora was a former resident of Dunkirk and graduated from Dunkirk High School. She was formerly employed at the Safe Store in Dunkirk. She was a member of the Immaculate Conception Church, the Legion of Mary and Altar and Rosary Society. She was also a member of the Secular Franciscan Order of Allegany, NY. She was a volunteer at Jones Memorial Hospital, the area nursing homes, and her Church.

She is survived by a son, Norbert John (Lori) Michalak Jr. of Scio, and two grandsons, Andrew (Janelle) Michalak and Steven (Kelly) Michalak, and great granddaughter, Abigail Grace Michalak. She was predeceased in addition to her parents and husband by a daughter, Cynthia Darlene Michalak and a brother Peter J. Ingavo.

A Mass of Christian Burial will be celebrated on Saturday, November 25, 2017 at 11:00 am at the Immaculate Conception Church in Wellsville. There will be no prior visitation. Burial will be in Sacred Heart Cemetery. Please consider memorial donations to Jones Memorial Hospital or the Immaculate Conception Church. To leave online condolences, please visit www.embserfuneralhome.com.

Posted by Dick Helms at 2:51 PM No comments:

Williamsville/Wellsville, NY - Robert E. Butler Jr., age 63, of 196 South Union Road, passed away on Tuesday, November 14, 2017 at the Hospice of Buffalo. He was born in Miami, Florida on April 18, 1954 to Robert E. and Alma Sanders Butler. In 1981 Bob married Mary Jo Baker, of Wellsville, in Las Vegas, Nevada who survives.

Bob was a structural steel iron worker and most recently was a computer aided draftsman. He looked forward to family events, enjoyed playing cards, long car rides, and annual trips to Las Vegas. Bob and Mary Jo recently purchased her family’s home in Wellsville where they enjoyed the peace and quiet. He was a veteran of the US Navy serving from 1972 until 1975.

He was predeceased by his parents and Mother and Father in law, Archie ‘Mickey” and Jeannie Baker.

Friends are invited to call on Saturday, November 18, from 11 am to 12 noon at the J.W. Embser Sons Funeral Home in Wellsville and a graveside committal service with military honors at 12:30 pm in Sacred Heart Cemetery in Wellsville. To leave online condolences please visit www.embserfuneralhome.com.

Posted by Dick Helms at 7:51 PM No comments:

Scott was a former resident of Fairport who graduated from Fairport High School in 1975. He joined the US Air Force and earned an associate’s degree while serving his country. Scott started working for Grossmans in Rochester and later for H.E.P./North Main Lumber in Hornell. He started as the Hornell’s store Assistant Manager and worked his way up to District Sales Manager retiring this year due to ill health. Scott enjoyed with a passion fishing, from trout to bass, and golfing at all of the local courses. He dearly loved all of his dogs, especially “Skipper”.

Scott is survived by his” better half” of 20 years, Lori Root; his mother, Gloria Kehrer of Fairport; 2 daughters, Teresa Sparatta of Wellsville, and Jennifer (Andrew) Cupicha of Corfu; a son, Ryan (Bridget) Kehrer of Scio; 10 grandchildren; his sister, Sharri (Bill) Jackson of Fairport; 2 nieces.

Friends are invited to call on Friday, November 17, 2017, from 5 to 7 pm at the J.W. Embser Sons Funeral Home, 34 West State Street in Wellsville, followed by a memorial service at 7pm. Memorials in Scott’s name may be made to the SPCA serving Allegany County. To leave online condolences please visit www.embserfuneralhome.com.

Richard was raised on a farm in Whitesville and was a graduate of Whitesville Central High School. He was employed as a truck driver for the former Scoville Brown Company in Wellsville and later for Genesee Valley Nurseries, Inc. in Belmont. He was an active social member of the American Legion Post 808 in Belmont. He had a good sense of humor, and enjoyed telling stories of the old days, working on his garden, and hunting.

He is survived by a daughter, Donna Baker of Belmont, a granddaughter, Michelle (David) Francisco of Belmont, a grandson, Kevin Baker of Belmont, several great grandchildren, two brothers, William (Shirley) Allen of Whitesville and Ronald (Carol) Allen of Wellsville, three sisters, Arlouine Seeley of Belmont, Phyllis (Bruce) Greene of Portville, and Sandra (James) Fitzpatrick of Whitesville, as well as several nieces and nephews. He was predeceased in addition to his wife, by a sister, Rachel Lewis, and a son-in-law, Willis Baker.

Friends are invited to a graveside funeral service on Friday, November 10, 2017 at 1:00 pm at Forest Hills Cemetery of Belmont with Rev. John Francisco presiding. There will be no prior visitation. Please consider memorial donations to the Amity Rescue Squad. To leave online condolences, please visit www.embserfuneralhome.com.
Posted by Dick Helms at 5:31 PM No comments: 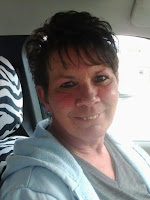 Bolivar, NY - Kay Marie Fisk, 61, of 102 2nd Street passed away on Thursday, November 02, 2017 at Olean General Hospital following a lengthy illness. She was born October 29, 1956 in Wellsville, the daughter of the Frederick and Loretta (Aldrich) Baumgarten. On November 8, 1987 she married Greg Fisk who survives.

Kay was a loving wife, mother and grandmother who loved spending time with grandkids and family. She had a VERY special love for her dog “LUCY”!! She was employed at Heritage Cutlery in Bolivar for 23 years.

Surviving in addition to her husband Greg, are two sons, Coddie (Meredith) Bissell and Dusty Bissell both of Bolivar, two daughters, Bambi (Shawn) Perry of Bolivar, and Heather (Richard) Clark of Virginia, 11 beloved grandkids, three sisters, Connie Zeager of Cuba, Nancy Baldwin of Richburg, Billie Jo Brownell of Bolivar, as well as several nieces and nephews. She was predeceased by a brother, Frederick Baumgarten Jr.

Family and Friends are welcome to join us for a celebration of life, on Sunday, November 5, 2017, from 3:00 to 5:00 pm at the Bolivar Legion. To leave online condolences, please visit embserfuneralhome.com.