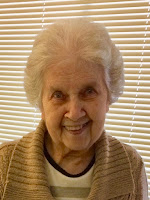 Wellsville, NY - Patricia Anne Reed, 82, a former resident of Wellsville, New York passed away peacefully on Sunday, December 23, 2018 in Sparks Nevada. She was born September 8, 1936 in Wellsville New York the daughter of John C and Frances Piney Mesler Jr. She was married to Roy Lamb for two years and later to Milford Reed for a few years.

Patricia has resided in the Reno NV area for the past four years with and near her son Perry and his wife. She had formerly resided in Alma, Wellsville, Olean, and Bolivar, NY, Smethport and Port Allegany, PA and Casper WY. She attended grade school in Alma and graduated Wellsville High School in 1955. She was employed at Weston's Shopper City, Olean Tile, the Jaguar Plant in Smethport, as well as numerous jobs in the Casper WY area.

She was an avid member of the Baptist church. She enjoyed spending time with her children grandchildren and great grandchildren. She enjoyed motorcycles with her son. Her true passion was her teddy bear collection which was stunning.

Friends are invited to call on Wednesday, January 2, 2018 from 2 to 4 PM and 7 to 9 PM at the J. W. Embser Sons Funeral Home Inc. in Wellsville. The funeral will be Thursday, January 3 at 11:00 AM at the funeral home with Reverend William Matthews presiding. She will be laid to rest in Woodlawn Cemetery. Please consider memorial donations to the Hart Comfort House, 141 E. State Street, Wellsville, NY 14895. To leave online condolences please visit www.embserfuneralhome.com.
Posted by Dick Helms at 7:42 PM 1 comment:

Wellsville, NY - Mary Lou Hennessy, 91, formerly of Amity Lake passed away on Saturday, December 22, 2018 at Manor Hills in Wellsville with her family at her side, and where she received such loving and compassionate care. She was born February 13, 1927 in Wellsville the daughter of the late, Herbert E. and Helen M. (King) Brundage. On August 20, 1949 in St. Mary's Church in Bolivar she married John J. Hennessy who predeceased her on December 27, 2012.

Mary Lou cherished her family and was a devoted wife and mother. She was a woman of deep faith, found the good in everyone, and always put others before herself. Throughout her 63 years of marriage to Jack, she was integral to his success hosting business clients both domestically and internationally. She was a strong women who helped keep her family together, hosting reunions and Christmas Eve parties, and putting so much love, care, and detail into everything she did.
She is survived by two sons, John (Christine) Hennessy, and Thomas (Kendra) Hennessy,  three daughters, Margaret (Lyle) Nye, Mary (Joseph) Smullin, and Patricia (James) Sanford, 14 grandchildren, John (Malancha) Hennessy, Gregory, and Peter Hennessy, Sarah, Samantha, and Shea Hennessy, Nicole, Jessica, Marissa, and Kathryn Nye, Joshua Smullin, and Kelsey (Alyssa) Smullin, Andrew, and Shannon Sanford, a brother, Richard (Shirley) Brundage, brothers and sisters-in-law, Mary Ellen (Richard) Brunell, Cathleen (Frank) Linnecke, Thomas (Mary) Hennessy, and Agnes (Thomas) Brush, as well as several nieces and nephews.

She was predeceased in addition to her parents, and husband, by two brothers, Donald, and Herbert Brundage, a sister, Barbara Shaner, brothers and sisters-in-law, Elizabeth (James) Searle, William (Corinne) Hennessy, and James (Mary Ellen) Hennessy

Friends are invited to call on Friday, December 28, 2018 from 5:00 to 8:00 pm at the J. W. Embser Sons Funeral Home Inc in Wellsville. A Mass of Christian Burial will be celebrated on Saturday, December 29, at 11:00 am in the Immaculate Conception Church in Wellsville. Burial will be in Sacred Heart Cemetery. Please consider memorial donations to the the Hart Comfort House, or the Alzheimer's Association. To leave online condolences, please visit www.embserfuneralhome.com.

Wellsville, NY - Louis “Ben” Cornelius, 91, of 4192A Bolivar Road passed away on Wednesday, December 19, 2018 at the Wellsville Manor Care Center with his family at his side. He was born December 14, 1927 in Alfred, the son of the late Lloyd and Lillian (Fanton) Cornelius. On July 9, 1955 in Elm Valley he married Marilyn Pfohl who survives.

Ben was raised in Alfred and was a 1946 graduate of Alfred-Almond High School. He was a veteran the U. S. Army from 1951 to 1953, and served in Germany during the Korean War. He was first employed by the Alfred Telephone Company, and Alfred Atlas Sand and Gravel. In 1956 he began his career as a lineman for New York Telephone in Wellsville and later was an installer until his retirement in 1989. In his retirement he became a partner in East Dyke Depot in Wellsville. He was an avid railroad modeler, and enjoyed kit-bashing the Wellsville, Addison, and Galeton Railroad for his extensive layout.

Friends are invited to call on Thursday, December 27, 2018 from 5:00 to 7:00 pm at the J. W. Embser Sons Funeral Home Inc. in Wellsville. The funeral will be Friday, December 28 at 10:00 am in the funeral home with Pastor Bill Wilson presiding. Burial with military honors will follow at Alfred Rural Cemetery. Please consider memorial donations to the SPCA Serving Allegany County. To leave online condolences, please visit www.embserfuneralhome.com.

Lyle graduated from Wellsville High School and enlisted in the Merchant Marines in 1945 serving until 1948. He also served in the US Army during the Korean Conflict from 1950 until 1953. He started working at age 13 at Scoville Browns. In his early years he had worked for the Erie Railroad and for L.C. Whitford. He also worked as a meat cutter for several markets including the Nu-Way, and Super Duper. Lyle later retired from Air Preheater as a Expediter. He was a life time member of the American Legion Post #702 and was a proud member of the Military Color Guard. He was a Life Member of the VFW Post #2530, The Elks Lodge #1495, and was a former member of the the Moose lodge # 601. He enjoyed keeping his lawn mowed, gardening, playing cards , and playing Threes.

He was predeceased by his parents, 2 sisters, Doris Eymer and Myrtle Jackson; a brother, Harold “Tink” Rahr; a daughter in law Dodie McAhon; a son in law, Tim Ward.

Friends are invited to call on Tuesday, December 18, 2108, from 2-4 and 7-9 pm at the J.W. Embser Sons Funeral Home in Wellsville. A funeral service will be held on Wednesday in the funeral home at 11 am with Reverend Carl Kemp presiding and burial with full military honors will be held in Forest Hills Cemetery. Memorials if desired may be made to any of the following, the Hart Comfort House, Allegany County SPCA, the David A. Howe Library, or to the charity of the donor's choice. To leave online condolences please visit www.embserfuneralhome.com.

Leon had lived In Malone and moved to Belmont with his family and graduated from Belmont Central High School. He a a veteran of the US Air Force who loved to hunt and had worked for Arc. Leon was a member of the Growing Stronger Group and was associated with the Office For the Aging. He will be remembered as a quiet man who frequented many Diners.

Leon is survived by several cousins and was predeceased by his parents.

There will be no calling hours or services' and memorials in Leon's name may be made to the Office For the Aging. To leave on line condolences please visit www.embserfuneralhome.com

Posted by Dick Helms at 9:03 PM No comments:

Alfred Station, NY - John C. Johnson, 70, of 6338 Shaw Road passed away on Thursday, December 6, 2018 at Strong Memorial Hospital in Rochester with his family at his side. He was born February 22, 1948 in Kane, PA the son of the late Paul W. and Pauline (Speedy) Johnson.

John was raised in Hazelhurst, PA and was a graduate of Smethport High School. He was first employed at L. C. Whitford Company in Wellsville, and later was a architectural lesion, involved with large scale improvement projects at Alfred State College and Alfred University. He enjoyed sports of all kinds, especially football. He loved hunting, fishing, and the great outdoors.

Posted by Dick Helms at 1:01 PM No comments:

Bob was a graduate of Wellsville High School. He served with the U. S. Army from 1951 to 1953, and was a veteran of the Korean War. He was longtime employee of Air Preheater Company in Wellsville. He was a life member and Past Commander of the Herbert DeLong America Legion Post 808 in Belmont, Past Commander of the Allegany County American Legion, a member of the Frank B. Church Post 2530 VFW in Wellsville, and an honorary member of the Amity Rescue Squad. He enjoyed dancing, reading, mowing the lawn, and loved country music.

Surviving in addition to his wife are two sons, William Wheaton and Eugene Wheaton both of Belmont, a daughter, Kimberly (Donald) Zajicek of Belmont, three grandsons, Shawn (Megan) Zajicek, Dustin (Katelyn) Zajicek, and Justin (Miranda) Zajicek, all of Belmont, two great grandsons, Konner and Zachary Zajicek, a sister, Mabel Mong of Wellsville, several nieces and nephews, and his canine companion, Zoe. He was predeceased by a daughter, Pamela Wheaton, a brother, Roland Wheaton, a sister, Marion Jenson, and a brother-in-law, Terry Knox.

Friends are invited to call on Thursday, December 6, 2018 from 4:00 to 7:00 pm at the J. W. Embser Sons Funeral Home Inc., 17 Schuyler Street in Belmont. The funeral will be Friday, December 7, at 11:00 am in the funeral home with Deacon Frank Pasquale presiding. Burial with military honors will be in Forest Hills Cemetery. Please consider memorial donations to the Amity Rescue Squad or Home Care and Hospice. To leave online condolences, please visit www.embserfuneralhome.com. 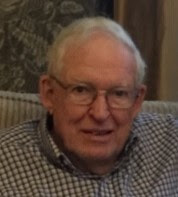 Bill was a life long resident of Wellsville who graduated from the Immaculate Conception School and from Wellsville High School in 1950. During the Korean Conflict he served in the US Army and was stationed in Germany. Bill started working for Worthington Corporation in Wellsville and later took a job with New York Telephone retiring from AT&T in 1992. After his retirement he started Cronin's Communications where he continued repairing and trouble shooting phone service. Bill was a dedicated and faithful member of the Immaculate Conception Church. He served the church in many capacities including Trustee, Eucharistic Minister, and as a member of the Mercy Associates. Bill and Ann were 45 year members of the Wellsville Grand Squares that included Coops Troops and the Penny Promenades Camping Group. He was a member of the Pioneers Group and he also participated in the Fresh Air Program for many years. Bill will be remembered as dedicated and hard working man.

Friends are invited to call on Monday, December 3, 2018, from 3-5 & 7-9 pm at the J.W. Embser Sons Funeral Home in Wellsville. On Tuesday a prayer service will be held at 10:30 am in the Funeral Home followed by a Mass of Christian Burial to be celebrated at 11 am in the Immaculate Conception Church. Burial will take place with military honors in Sacred Heart Cemetery. Memorials in Bill's name may be made to either the Father Brown Mission Club or to the Immaculate Conception Church. To leave online condolences please visit www.embserfuneralhome.com.

Posted by Dick Helms at 7:05 PM No comments: