Wellsville, NY - Wayne “Satch” Gary of 39 Sunset Avenue, Wellsville NY,  was born in Wellsville, NY on September 23, 1939 and died at Jones Memorial Hospital after a lengthy battle with lung cancer December 29, 2016. Wayne was the son Cleo Gary, Edith Sprague Gary and  Stepmother: Carolyn Gary. He was married to Therese Rose Fortner of Wellsville on April 11, 1964 at Immaculate Conception Church (52 years).

Wayne grew up and lived in Wellsville his entire life, graduating from Wellsville High School in 1957.  A graduate of the State University of New York at Brockport with a BS in Science. He took graduate courses from Alfred University and obtained a master’s of science degree from Union College.
Known as “Satch” by all, he taught high school science at Scio Central School for 33 years, named teacher of the year in 1993, retiring in 1995. He was an advisor to many senior classes and remembered by his students for his practical teaching of high school biology, chemistry and physics. He is best remembered as Scio’s baseball coach from 1970 to the early 80’s, loved by many who played for him, going to the sectional finals five times, winning two trophies. The Scio Tigers won over 100 games those 10 years. He was recognized for this achievement by his fellow coaches, referees and fans by being inducted into the Allegany County Sports Hall of Fame in 2007.  Satch enjoyed keeping Scio’s basketball clock as well.

The nickname “Satch” came early in life during Wellsville Little League when his signature pitching resembled Satchel Paige, perhaps the best pitcher in baseball history in the mid 1900’s. Satch was known for his baseball achievements - as a pitcher in the Wellsville Little League, Babe Ruth, high school and as a catcher in his college years. Satch had a true love for his family, the outdoors, especially 3H Camp. Satch was both of his daughter’s biggest fan. He had a love for John Wayne, Waylon Jennings, family dogs and the game of baseball, especially his beloved NY Mets.

Calling hours will be held at the J W Embser Sons Funeral Home, 34 West State Street in Wellsville, Tuesday, January 3 from 2-4 pm and 7-9 pm.  A catholic service will be celebrated at Immaculate Conception Church, 4 Maple Avenue, Wednesday, January 4 at 11 am.  Burial will be held at a later date. Memorials can be made to the Scio Central School Athletic Department, 3968 Washington St, Scio, NY 14880 in the name of Satch Gary. To send online condolances visit www.embserfuneralhome.com.
Posted by Dick Helms at 8:17 PM 2 comments:

Wellsville, NY - William “Billy” Broughton, 55, of 110 O’Connor Street passed away on Wednesday. December 21, 2016 at Jones Memorial Hospital with his family at his side. He was born September 28, 1961 in Elmira the son of the late Robert and Beulah (Sick) Broughton. On October 1, 1983 in Wellsville he married Audrey Dash who survives.

Billy was a former employee of Key Bank, Allegany Arc and was a great help to his parents at the Wellsville Dry Cleaners. He was an ordained minister, an accomplished photographer, an avid fisherman and enjoyed his many animals over the years. He loved his nieces and nephews as if they were his own children, and presented them with interesting and unique gifts, to the horror of their parents.

Surviving in addition to his wife are two sisters, Bonnie (Richard) Ives of Wellsville and Barbara (Mark) Tolbert of Horseheads, one brother, Bruce (Anne) Broughton of Painted Post, one bother-in-law, Jimmy Dash, three sisters-in-law, Gloria Dash, Carol (Ed) Mezger and Eileen (Jim) Marble, as well as several beloved nieces and nephews. He was predeceased in addition to his parents by two nephews, Jeremy Ives and Thomas Dash.

Friends are invited to call on Tuesday, December 27th from 7:00 to 9:00 pm and Wednesday, December 28th from 12 noon to 2:00 pm at the J. W. Embser Sons Funeral Home Inc. in Wellsville. The funeral will follow the visitation at 2:00 pm on Wednesday with Elva Cornell, Lay Minister at the Wellsville United Methodist Church, presiding. Burial will be in Woodlawn Cemetery. Please consider memorial donations to the SPCA Serving Allegany County or the American Lung Association. To leave online condolences, please visit embserfuneralhome.com.

Wellsville, NY - On the morning of Sunday, December 18, 2016, Terrance J. (Terry) Brown lost his year-long battle with cancer. After seeing his daughter Erin married the day before, Terry passed surrounded by the lights and love of his life-wife and three daughters. Terry was born on March 25, 1961 at Jones Memorial Hospital, to James and Joan (Bruckman) Brown. Growing up in Rochester, the family eventually moved back to Wellsville, where Terry graduated from Wellsville Central School in 1980. After graduation, Terry joined the U.S. Air Force. Upon completing his service at home and overseas, Terry returned home before spending several years working and living in several areas of the country. In 1993, Terry married his wife Shelley (Gach) Brown of Wellsville, NY - Terry is survived by his beloved wife Shelley and their three daughters, Gretchen, Erin (Sean Pummell), and Hannah. As well as his mother Joan, sisters Michelle (Gary Perkins), Patricia (Mark McIntosh), Kathleen (Craig Endres), Kelly (Tim Allison), and brother James (Elizabeth).

Terry was also loved by sister in laws Robin (Jon Davenport) Gach and Heidi (Scott) Kotla, several nieces and nephews, and Shawn Cronan and Cody Miller, boyfriends of Gretchen and Hannah, as well as numerous aunts, uncles, and cousins.

Always full of energy and ever the protective older brother, Terry’s family was everything to him, and dedicated his life to providing for his wife and daughters.

Terry was predeceased by his father James, grandparents Harvey and Mary Brown, Fred and Almera Bruckman, as well as in-laws Francis and Joyce Gach.

In lieu of services a benefit/memorial to celebrate Terry’s life will be held on January 14, 2017, at the Wellsville Elks Lodge, beginning at 2:00 in the afternoon. More information on the event can be found at www.gofundme.com/terry-brown-stands-up-2-cancer. To leave online condolences please visit www.embserfuneralhome.com.
Posted by Dick Helms at 12:34 PM No comments: 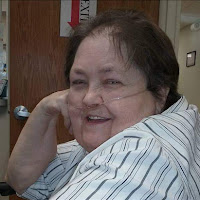 Robyn was employed as a respiratory therapist for many years in New York, Pennsylvania and South Carolina, before becoming disabled in 1995. She attended the Genesis Bible Church. The love and joy of Robyn’s life was spending time with her family, especially having her nieces & nephews around, they were her kids!! She loved to make crafts, crocheting and cross stich. She also loved going to Bone Builders exercise group in Belmont and helping with the Office for the Aging lunches

Friends are invited to call on Friday, December 9, 2016, from 4:00 to 7:00 pm at the J. W. Embser Sons Funeral Home Inc., 17 Schuyler Street in Belmont. The funeral will follow visitation at 7:00 pm in the funeral home with Pastor Mark Chamberlain presiding. Burial will be in Alfred Rural Cemetery. In lieu of flowers, please consider memorial donations to the Amity Rescue Squad or any charity of the donor’s choice. To leave online condolences, please visit embserfuneralhome.com.
Posted by Dick Helms at 8:52 PM No comments:

Whitesville/ Roanoke, VA - Ernestine Secor Wood of Roanoke, Virginia, peacefully went to be with the Lord at age 92 on Thursday, December 1, 2016. She married the love of her life, Pastor L. Robert Wood in 1945 after studying at The Nyack Missionary Training Institute; now Nyack College. Together they served in ministry in Whitesville, New York until his death in 1978. In 1996, she left the town and church she loved for 51 years to be near her family.

She was preceded in death by her parents, James C. Secor and Alice Butler Secor; brothers, Ralph George, and James Secor; and son-in-law, Blake Shores.

The family will receive friends on Friday Evening, December 9, 2016 at the Gospel Chapel (Christian and Missionary Alliance) on Park Street in Whitesville from 6 to 8 pm. A memorial service to honor the life of this loving servant of God will be held at the church on Saturday, December 10, 2016 at 2 pm. Officiating pastors will be Ralph Eastlack, former director of YFC and Reverend Timothy Armstrong, pastor of the Gospel Chapel. Donations in her honor may be made to the Gospel Chapel on Park Street in Whitesville, NY. 14897. Local arrangements are under the direction of the J.W. Embser Sons Funeral Home and to leave online condolences please visit www.embserfuneralhome.com.

“Her Children arise and call her blessed: her husband also, and he praises her.” Proverb.31:28