Henry was a graduate of Potsdam High School and Alfred State College with a degree in Computer Technology. He was formerly employed at Worthington Corporation in Wellsville. He enjoyed hunting and fishing, and he loved reading; especially westerns. He also enjoyed buying and selling books.

He is survived by two sons, three stepchildren, one brother, and four special friends, Donna M. Swarthout, Roberta Snyder, and Mary Bunt all of Wellsville and Penny R. Swarthout of Olean.

A memorial service is being planned for a later date. To leave online condolences, please visit www.embserfuneralhome.com.
Posted by Dick Helms at 10:55 AM No comments:

Belmont, NY - Frances S. Barnes, age 98, of 23 Court Street, died on Monday, January 27, 2014, at home. She was born on October 29, 1915 in Chillicothe, Ohio; she was the daughter of Clarence and Fanny Hunter Shaw. On November 21, 1942, in Washington D.C., she married Robert A. Barnes who predeceased her on December 22, 1989.
Frances graduated from Chillicothe High School in 1933. Soon after graduation, she went to Washington, D.C. where she worked for the Roosevelt Works Progress Administration. She continued to work for the War Production Board after her marriage to Robert. In 1944 she moved to Friendship, NY. while her husband was in wartime Europe, taking part in the Normandy Invasion, and the Battle of the Bulge. After World War II ended, Fran worked for Lunn Lumber in Wellsville and for Jordan Lumber in Cuba. In 1959 Fran started working for the former Allegany County Board of Supervisors, which later became the Board of Legislators. This lasted until her retirement, when she was elected a District 5 legislator. Her interest in local politics and history continued until just a few days before her death, as she sat in her chair looking up at the courthouse, where she spent such a huge and productive part of her life.
Fran is survived by a daughter, Roberta E. Barnes of San Antonio, Texas; a son William (Niki) Barnes of Friendship; 2 grandchildren, Allison Barnes (Will Tucker) of Rushford and Abigail Liebman of Newton Massachusetts; a great granddaughter, Silvy Liebman; a brother in law Ralph (Helen) Barnes of  Portville and a nephew, Thomas Barnes of Olean.
Fran was predeceased by her parents, 2 brothers, Paul and William, and her husband, Robert.
There will be no prior visitation and Interment will be held at the convenience of the family. Memorials may be made the Visiting Nurse Association, 4944 State Route 19 South, Belmont, NY.  14813; or to Homecare and Hospice, 118 North Main Street, Wellsville, New York,  14895; or to Meals on Wheels, 6085 State Route 19 North, Belmont, New York, 14813; or to Literacy Volunteers of Allegany County, 5455 State Route 19 North, Belmont, New York, 14813. To leave on line condolences please visit www.embserfuneralhome.com.
Posted by Dick Helms at 9:21 PM 2 comments:

Wellsville, NY - Kathleen Diana "Dee" Atwood, 82, of 339 South Main Street passed away on Wednesday, January 22, 2014 at the Wellsville Manor Care Center following a brief illness. She was born January 12, 1932 in Wellsville, the daughter of the late Alfred and Mildred (Fowler) McGinnis. On October 29, 1949, she married Kenneth L. Atwood, who predeceased her on June 14, 1981.
Diana was a graduate of Wellsville High School. She and Ken lived in the Far East, Australia, Texas and England for 30 years until Ken's unexpected death in 1981.She then came home to Wellsville and was a member of the Women of the Moose for several years.
She is survived by two sons, Patric T. Atwood of Rowlett, Texas, and Timothy L. McGinnis of Rochester; two daughters, Kristine L. Avery and Dana D. Abney, both of Seattle, Washington; seven grandchildren, two great grandchildren, and several nieces & nephews. In addition to her parents, she was predeceased by three brothers, Frank, Alfred and Thomas McGinnis, one sister, Mary Thompson, and Fritz Graves, Dee's long time companion, who died in 1992.
At Diana's request, there will be no visitation or service. Interment will be in Sacred Heart Cemetery. The family suggests memorial donations be made to the S.P. C. A. Serving Allegany County. To leave online condolences, please visit www.embserfuneralhome.com.
Posted by Dick Helms at 4:13 PM No comments:

Wellsville, NY - Bruce Duane Fisher, 72, of 1795 Meservey Hill Road passed away at home on Thursday, January 23, 2014 following a brief illness. He was born February 13, 1941 in Salamanca the son of the late Joseph and Marian (Swan) Fisher.
Bruce was a graduate of Wellsville High School. He was a 21 year veteran of the U. S. Navy serving from 1960 to 1981. On returning to Wellsville he coached football & baseball and was employed by the Wellsville Central School as a bus driver.
He is survived by one son, Jeffery (Natalie) Fisher of Waldheim, Saskatchewan, two granddaughters, Simarra of Waldheim, Saskatchewan and Nastastia of Calgary, Alberta, one sister, Brenda Marvin of Alfred Station, and several nieces, nephews and cousins. In addition to his parents, he was predeceased by one brother, Leslie Fisher and one sister, Diane Cline.
Friends are invited to a memorial service on Saturday, February 1, 2014 at 11:00 am at the J. W. Embser Sons Funeral Home Inc. in Wellsville, with Rev. Ralph Eastlack presiding. Burial with military honors will be in Stannards Cemetery. Memorial donations may be made to any charity of the donor's choice. To leave online condolences, please visit www.embserfuneralhome.com.
Posted by Dick Helms at 4:10 PM No comments:

Wellsville, NY - Oliver C. Sweet, 81, of 32 Chestnut Street passed away on Sunday, January 12, 2014 at the Hart Comfort House in Wellsville following a brief illness. He was born August 9, 1932 in Wellsville the son of the late Oliver C. and Ruth (Button) Sweet Jr. On May 9, 1970 in Wellsville he married Sandra Stewart who survives.

Oliver was a graduate of Wellsville High School. He was a veteran of the U. S. Army, serving 17 months in Korea during the Korean War. He was formerly employed at the Sinclair Refinery in Wellsville and later at Dresser-Rand Corporation in Wellsville for 30 years; retiring in December of 1994. He was a member of the former Christian and Missionary Alliance Church in Wellsville and the International Association of Machinists, Moore Lodge 1580. He enjoyed Fishing, walking, drawing and reading; especially his Bible.

Surviving in addition to his wife "Sandy" are three children, Charles Sweet and Ellen Sweet both of Olean and Edward Sweet of Belmont, one sister, Doris Nelson of Glenview, IL as well as several nieces & nephews. He was predeceased in addition to his parents by a sister, Mildred "Midge" Moland.

Friends are invited to call on Friday, January 17, 2013 from 11:00 to 1:00 pm at the Crosstown Alliance Church, 450 N. Highland Avenue in Wellsville. The funeral will follow visitation at 1:00 pm in church with Pastor Jeremy Gorham presiding. Burial will be in the Stannards Cemetery. The family suggests memorial donations to the Crosstown Alliance Church or the Wellsville Volunteer Ambulance Corps. To leave online condolences, please visit www.embserfuneralhome.com. 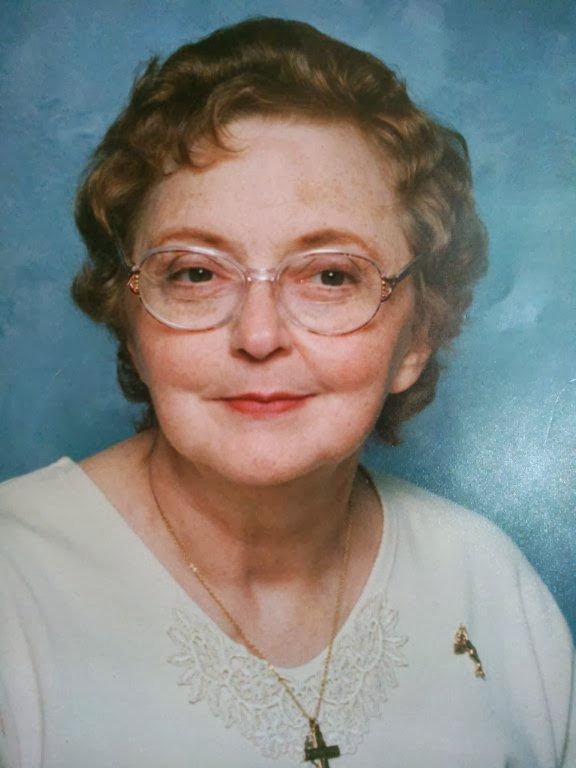 Wellsville, NY - Bernice L. (Mensch) Twichell, age 82, passed away on Tuesday, January 7, 2014 at the Wellsville Manor Care Center in Wellsville, NY.  Bernice was born on May 9, 1931 to the late James and Mildred (Kester) Millard in Bloomsburg, PA.

Bernice grew up in the Bloomsburg, PA area with her two sisters, Mary Millard and Jean (Elmer) Hartzell, along with her favorite Aunt, Martha (Kester) Hower, all of whom have preceded her in death.  Bernice met and married Harmon (Bill) Mensch, Jr., also from the Bloomsburg area, in 1950.  Together they raised their children, moving from Bloomsburg, PA to the Rochester, NY and then to the Conesus, NY area until Harmon's death in 1975.
After Harmon's death Bernice met and married Lawrence A. Twichell moving to Friendship, NY where they spent the next 20 years until Lawrence's death in 1997.  Bernice continued to reside in Friendship, NY until her move to the Wellsville Manor Care Center in 2009.

In her later years, Bernice enjoyed spending time with her grandchildren, great grandchildren, tending to her her pet birds and dogs.   She also liked to draw and paint.  She enjoyed creating oil, watercolor and colored pencil paintings and drawings in her spare time.  Her art was awarded and featured in showings around Allegany County.

Bernice is survived by four of her children, Harmon W. Mensch III of Seagrove, NC, Carol (James) McAlpine of Rochester, NY, James (Jason) Mensch of Wellsville, NY and Mary La Belle of Friendship, NY.  Her son, Rodney Mensch preceded her in death in 1961.

At Bernice's request, there will be no public visitation or funeral. Burial will be in the Millville Pennsylvania Cemetery.  There will be a celebration of her life held at a later date.

The family suggests memorial donations be made to the American Heart Association. www.heart.org/heartorg/.

Posted by Dick Helms at 6:28 PM No comments: 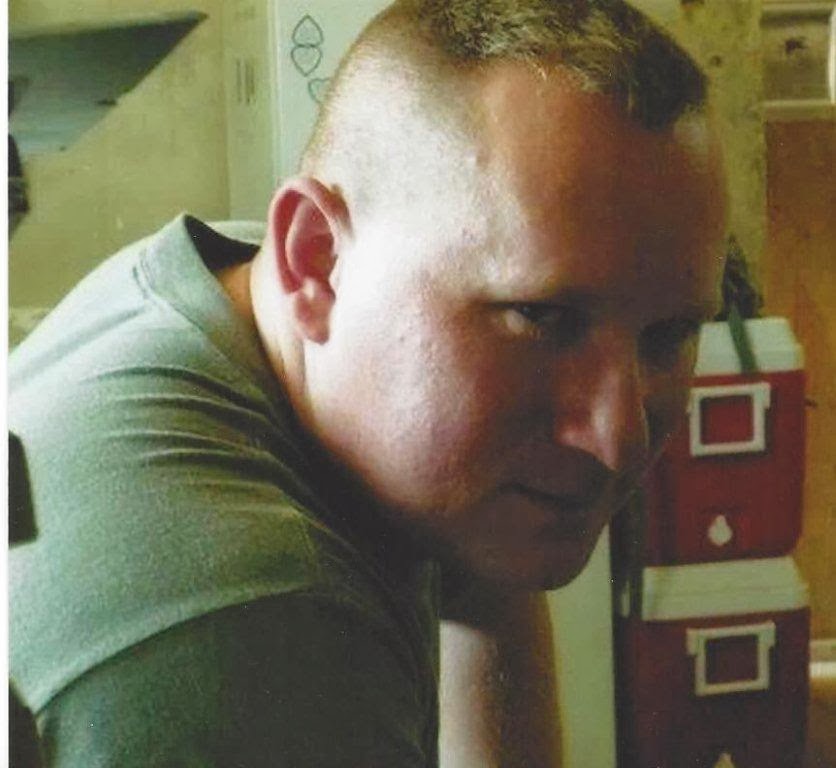 Fillmore, NY - Christopher L. Slater, 41, of the Dugway Road passed away at home on January 5, 2014. He was born on October 14, 1972 in DuBois, Pennsylvania. He was the son of Betty Riley and was raised by Vic Batco. In 1993 he married Mary Conley who survives.

Wellsville, NY - Marie E. Montroy, age 86, of 160 Seneca Street passed away on Saturday January 4, 2014 at the Highland Park Rehabilitation Center. She was born in East Aurora and had lived in Wellsville for several years.

Friends are invited to call on Wednesday January 8, 2014 from 11 am to 11:30 am at the J.W. Embser Sons Funeral Home in Wellsville with the funeral service to be held then. Pastor Dick Helms will preside at the service and burial will take place in Woodlawn Cemetery. To leave online condolences please visit www.embserfuneralhome.com.
Posted by Dick Helms at 3:04 PM No comments:

Caneadea, NY - Vonda Mae-James-Borden-Burrows, age 72, passed away on Wednesday January 1, 2014 at the Hart Comfort House in Wellsville. She was born on May 1, 1941 to the late Hollis and Roberta Daimen James.

Vonda was an avid reader who enjoyed camping and fishing. She is survived by her mother Roberta James of Silver Lake; 3 sons Terry (Donna Ross) Borden of Nunda, Thomas (Jackie Luce) Borden of Rushford and David (Dawn Shaffer) Borden of Perry; a brother Donald (Sandra Ballard) James of Perry; 2 sisters Marcia (Jack) Wilcox of Fillmore and Lisa (David) Granger of Silver Springs; a son in law Dean Hippley of Lakeland, FL.; eleven grandchildren; 2 great grandchildren and many nieces and nephews.

Vonda was predeceased by her father Hollis James; a daughter Beth Ann Hippley and a great granddaughter.

At the request of the deceased there will be no calling hours or services and burial will be at the discretion of the family. To leave on line condolences please visit www.embserfuneralhome.com.

Posted by Dick Helms at 4:28 PM No comments: