Wellsville, NY - Roberta H. Corcoran of North Franklin Street passed away on March 1, 2015 at the Highland Health Care Center in Wellsville. She was born on June 30, 1931 in El Paso, Texas to Robert and Mildred Bartlett.


Roberta graduated from Wellsville High School in 1948. She worked for W.T. Grant in Wellsville as the head of their credit department. She later retired in 1993 from the Department of Motor Vehicles in Belmont as the Supervisor after over 20 years of service. Roberta was a founding member of the Wellsville Volunteer Ambulance Corps. She was a dedicated member who would also do the blood runs to Hornell when there was a need after an accident. She was a member of the Jones Memorial Hospital Auxiliary who made and sold jams and jellies at the annual Country Fair and continued to support the Hospital thru her Relay for Life team named Grannie’s Gang. Roberta’s passion was writing and was a founding member of the Creative Writers of the Southern Tier. She wrote poetry, plays and personal narrative essays.

Roberta was predeceased by a son Edward Corcoran; a daughter Teresa Decker and a brother, Roger Bartlett.

A private memorial service will be held at the convenience of the family. To leave online condolences please visit www.embserfuneralhome.com.

Posted by Dick Helms at 2:18 PM No comments: 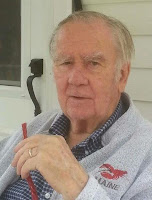 Wellsville, NY - Walter “Mickey” Martelle, who appreciated – and told – a good story, reached the end of his own on Thursday, July 9, 2015, following a lengthy illness and just weeks after his 80th birthday.

A native of Portland, Maine, Mickey liked to boast of having been “the best third baseman Cheverus High School ever had,” a claim offered without evidence, but with firm conviction. The son of a newspaperman (Walter E. Martelle) and a kindergarten teacher (Geraldine Carlson Martelle), Mickey worked as a linotype operator and then a reporter for the Portland Press Herald and, after moving his young family to Wellsville in 1965, as managing editor of the Wellsville Daily Reporter.

By 1968, Mickey was working as community relations director for the Air Preheater Co. In later years, he ran the Right Now Printing shop on North Main Street, and was executive director of the Allegany County Industrial Development Agency. An active Republican, he served as a Wellsville town justice of the peace and through his political and communications work, Mickey was key to the creation of the Wellsville Volunteer Ambulance Corps, the Wellsville Municipal Airport, and directed numerous economic development projects that created or saved scores of private-sector jobs across the county.

An avid gardener, Mickey co-founded the Saturday Morning Garden Club, which created and, for a time, operated the now-defunct Community Gardens on Chamberlain Street. He also organized the short-lived Gabby Hayes Days celebration in Wellsville and founded and directed the Wellsville Performing Arts Committee, which brought to Wellsville such major talents as singer William Warfield, the Romero Guitar Quartet, the Alvin Ailey Dance Theater, and a wide range of jazz performers. He also was a longtime member of the Wee Players theater troupe in Alfred, and regularly delivered his “world-famous lobster talk” before local civic groups.

In a long life of hobbies, Mickey raced dirt-track stock cars, was a trained lifeguard, played tennis, hunted (rarely with success), and occasionally cooked (with slightly more success – ask one of his children about the time he barbecued chicken until it was charred to the bone).  An avid ship modeler, Mickey served with great pride as a director of the Nautical Research Guild, through which he organized annual conferences around the country. In his retirement, Mickey decided to satisfy a lifelong interest in the drums, which he played with more vigor than skill and to the strained amusement of his wife, Dorothy, who, unlike Mickey, does indeed have musical talent.

As his life neared its end, Mickey was closely supported by son Dan and his wife, Karen, and grandchildren Katie and Chris Martelle, who survive, as does Dorothy; Mickey’s passing came just three weeks before their 61st wedding anniversary. Mickey also is survived by children Scott (Margaret) Martelle of Irvine, Ca., Lisa (Joe) Harvey of Pasadena, Md., Craig (Tammy) Martelle of Conestoga, Pa., and Jen (Steve) Heicklen of Medford Lakes, N.J, sister-in-law Frances Coggins of Portland and brother-in-law George Morgan of Gorham; 19 grandchildren, five great-grandchildren, a passel of nieces and nephews, his cousin Linda Fox of Chicago, and longtime friends Jean Richmond, Sylvia Masin and enough others to populate a good-sized village. He was predeceased by a son, Michael, and his brother, Bruce.

Visitation will be Monday, July 13, 2015 from 4:00 to 6:00 p.m. at the J. W. Embser Funeral Home, 34 W. State Street in Wellsville, immediately followed by a brief memorial service.  In lieu of gifts, the family recommends you tell someone a good Mickey story, and perhaps make a donation in his name to the David A. Howe Public Library (155 N. Main St., Wellsville, N.Y., 14895), of which Mickey was a regular and long-time patron.
Posted by Dick Helms at 7:49 PM 3 comments: 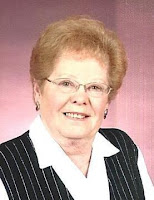 Belmont, NY - Maureen Ann Zenoski, 75, of 2 Middaugh Street, passed away on July 6, 2015, surrounded by family at Jones Memorial Hospital in Wellsville. She was born on January 26, 1940, in Cuba, the daughter of the late Victor, and Teresa (Walsh) Monroe and Hilda (Frantz) Monroe who raised Maureen after her birth mother, Teresa, passed away. On May 20, 1961 she married the love of her life, Donald Zenoski, who predeceased her on September 20, 2004 after 43 years of marriage.

Maureen was a stay at home mom until her children were all in school. She was later employed at Suburban Propane, in Belmont, for 13 years and Nicholson Pharmacy, in Belmont, for 13 years, until her retirement in 1997. She and Don spent many years after retirement wintering in Myrtle Beach. There they formed many wonderful memories, made many new friends and always loved to have family and friends visit. Maureen enjoyed her beautiful flowers, a bright sunny morning, a winter snow storm, the smell of spring and the glorious God-given colors of fall. She was a communicant and served as a Eucharistic Minister at the Holy Family Parish (formerly St. Mary's) in Belmont. She belonged to the Altar Society and was a member of the Jones Memorial Hospital Lilac Twig. She and Don took many trips to visit their children and families in Colorado, Washington State, Ohio and North Carolina. She never missed an event for her children or grandchildren. There never was a better baseball, basketball, volleyball or soccer fan. She enjoyed cooking, making country crafts with Don and loved family gatherings, especially at the holidays.

Maureen was a devoted wife, mother and grandmother and is survived by five children, Jeffery (Christa) Zenoski of Belmont, Timothy (Kari) Zenoski of Bloomfield, Kelli Bartlett of Washington Courthouse, Ohio, Mark (Tammy) Zenoski of Waxhaw, NC, Joseph Zenoski of Hickory, NC, and a daughter-in-law, Stacey Zenoski of Denver, NC. Maureen is also survived by her 10 wonderful grandchildren including, Brennon, Allea, Riley, Madison, Katie, Emily, Ian, Anna, Maryn and Emma, a brother, Terry (Barb) Monroe of Loveland, CO and a sister-in-law, Leah Monroe of Renton, WA, several nieces and nephews, a devoted sister-in-law, Toni Witter, and a loyal friend and neighbor, James Kane. She was predeceased, in addition to her parents and husband, by her brother, Ronald Monroe.

Friends are invited to call on Thursday, July 9th from 5:00 to 8:00 pm at the J. W. Embser Sons Funeral Home Inc., 17 Schuyler Street in Belmont. A Memorial Mass will be celebrated on Friday, July 10th at 11:00 am at Holy Family Church, 5 Milton Street in Belmont. Burial will be in Forest Hills Cemetery, Belmont. The family suggests memorial donations be made to the Wilmont Cancer Center, % Strong Memorial Hospital, 601 Elmwood Avenue, Rochester, NY 14642. To leave online condolences, please visit www.embserfuneralhome.com.
Posted by Dick Helms at 7:33 PM 5 comments: