West Almond, NY - Bernard J. "Sweeney" Sweeney, 67 of 3386 County Road 2A died peacefully, Saturday May 29, at Strong Memorial Hospital in Rochester surrounded by his loving family and friends. He was born on November 1, 1942 in Auburn to Alvin Sweeney and Viola McNabb. On May 13, 1989 in Belmont he married Patricia Winterhalter who survives him.

"Sweeney" was a 1960 graduate of Union Springs High School. He retired from the NYS Department of Corrections in December of 2000 having served as a Corrections Officer at both Attica and Groveland Correctional Facilities. Sweeney was a member of the Belmont American Legion and was an avid hunter and fisherman who loved the rural life and our great outdoors. His finest moments were spent tying his own flies for fishing, his hunting camp on Stewart Road, canoeing on Allen and Hemlock Lakes and time spent with his beagles.

He was predeceased by his father; a son Patrick Sweeney and a sister Jeannie Carson.

Friends are invited to call on Saturday June 5, 2010 from 11 am to 1 pm in the J.W. Embser Sons Funeral Home in Belmont. A memorial service will follow calling hours in the funeral home at 1 pm with Deacon Frank Pasquale presiding. A celebration of "Sweeney's" Life will be held following the service at the Belmont American legion.

In lieu of flowers, the family suggests memorial donations in Sweeney's name be made to either the Angelica Rescue Squad of the SPCA (or Animal Rescue Shelter) of your choice.
Posted by Dick Helms at 2:46 PM No comments:

Wellsville, NY - Kenneth R. "Kenny" Gardner of 52 Rauber Street passed away on Saturday May 29, 2010 at the Jones Memorial Hospital. He was born on October 31, 1928 in Wellsville to Harry and Lulu P. Kohler Gardner.

Kenny was a life long resident of Wellsville and worked at the former Wellsville Novelties Company, the former Mape's Woodworking, Umiker's Monuments and at Woodlawn Cemetery. Kenny enjoyed local sports and was given a life time pass to all of the Wellsville High School's athletic events. He enjoyed watching baseball at Tullar Field and later he followed the Allegany Nitro's.

Kenny was always on the go with stops at the Texas Hot, Modern Diner, McDonalds and Little Caesars Pizza. He was well liked around town and will be remembered as an active but easy going man. Kenny at one time was involved with Salvation Army and was an organ donor.

Kenny was predeceased by a sister Catherine A. Gardner and a brother Edwin W. Gardner Sr.

There will be no prior visitation and a memorial service will be held at a later date. Memorials in Kenny's name may be made to: Wellsville High School Athletics, 126 West State Street Wellsville, New York. 14895. Arrangements are under the direction of the J.W. Embser Sons Funeral Home in Wellsville.
Posted by Dick Helms at 3:46 PM 1 comment:

He formerly resided in Portland, OR, Colorado Springs, CO and Pamona, CA before moving to the Richburg area in 1996. He was employed as a high-rise construction worker and later was a self employed contractor. While out west; he enjoyed his membership in a barber Shop quartet and was a member of the "World's Largest Marching Band".

A memorial service will be at the convenience of the family. Memorial donations are suggested to the VNA of Western New York, 2100 Wehrle Drive, Williamsville, NY 14221. Arrangements are under the direction of the J. W. Embser Sons Funeral Home, Inc. in Wellsville.
Posted by Dick Helms at 3:10 PM No comments:

Wellsville, NY - The friends of Kathryn Margaret "Kay" Craig Whitney are invited to a graveside service on Saturday, May 22, 2010 at 12:00 noon in Sacred Heart Cemetery in Wellsville with Monsignor Vincent Becker presiding. Kathryn passed away January 19, 2010 in Burlington, North Carolina.
Posted by Dick Helms at 11:51 AM No comments: 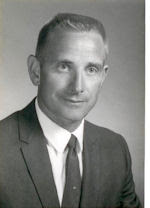 Belmont, NY - James Robert "Bob" Marsh of County Road 48 passed away on Saturday May 15 at Highland Hospital in Rochester. He was born on June 21 in Olean to James D. and Inez Cornelius Marsh. On April 23, 1955 in Belmont he married Laura Hanchett who survives.

Bob graduated from Andover Central School and from the Baptist Bible College in Johnson City. He served in the US Army from 1954 to 1956. Bob went to work for Decker Construction in Elmira and was involved with the building of many churches. He was a long time resident of Belmont and was co owner of both DicMar Construction and DicMar Hardware in Belmont. He later became an instructor of heavy equipment at the Belmont BOCES where he taught for 12 years. Bob then began volunteer mission work putting his construction knowledge to work in the country of Gambia, Odessa Ukraine, Harrisburg, Pennsylvania and 12 years at the Baptist Bible College in Clark Summit, Pennsylvania. He was a long time member of the First Baptist Church in Belmont where he served as a Deacon for 30 years and as a Sunday School Teacher. Bob hobbies included woodworking, reading, puzzles and researching his family history on the internet.

Surviving besides his wife of 55 years: 2 sons, Gary (Sherry) Marsh of Belmont and Robert (Laurie) Marsh of Wilmington, DE and a daughter Gail (Michael) Higgins of Annapolis, MD; 8 grandchildren and a great grandson; 2 brothers, David Marsh of Georgia and Cort (Erma) Marsh of Ohio and a sister Joann (Don) Brown of Belmont as well as several nieces and nephews.

Bob was predeceased by 2 sisters Barbara Wagner and Ila Fern Lees and a granddaughter.

Friends are invited to attend a memorial service on Saturday May 22 at 2 pm in the First Baptist Church in Belmont with Rev. Roger Downer presiding. Burial will take place in Forest Hills Cemetery and in lieu of flowers memorials in Bob's name may be made to the First Baptist Church in Belmont. Arrangements are under the direction of the J.W. Embser Sons Funeral Home in Belmont.
Posted by Dick Helms at 2:43 PM 1 comment:

Wellsville, NY - Judith G. "Judy" Unverzagt of South Highland Ave. passed away on Wednesday May 12, 2010 at Jones Memorial Hospital. She was born on August 15, 1946 to Charles and Melba Franks Graff. On September 24, 1968 in Queens New York she married Daniel C. Unverzagt who survives.

Judy had been a former resident of Queens, Long Island and Vermont. While in Vermont she worked as a dispatcher and later worked for ARC in Wellsville. Judy was a member of the Riverside Assembly of God Church in Wellsville.

Survivors include: her husband Dan; two sons, Daniel (Suzanne) Unverzagt of Ocean Side and William (Tana) Unverzagt of Ponquogue; 3 grandchildren; 4 sisters and a brother; several nieces and nephews.

Judy was predeceased by 2 brothers.

Friends are invited to call today, Friday May 14, 2010, from 2-4 and 7-9 pm at the Riverside Assembly of God Church on Riverside Drive. Her Funeral Service will take place on Saturday at 11 am in the Church with Rev. Fred Francisco presiding. Memorials in Judy's name may be made to the charity of the donor's choice. Arrangements are under the direction of the J.W. Embser Sons Funeral Home in Wellsville.
Posted by Dick Helms at 3:15 PM No comments:

She is survived by three stepsons, Mark J. Mersereau of Springfield, MA, Basil N. (Debra) Mersereau of Wellsville, Jonathan H. (Lois) Mersereau of Joliet, IL, four grandchildren and nieces and nephews. Also loving friends, Barb and Bill Gordon, Marge and Larry Vossler of Wellsville and lifelong friend Virginia Wilder and Goddaughter Ginny Leigh Wilder of Atlanta, GA. Margaret had many friends from the Unitarian Fellowship. She was predeceased by her son William R. Mersereau, three brothers and one sister.

A memorial service will be held Saturday, May 15, 2010, at 2:00 pm at the J. W. Embser & Son Funeral Home, Wellsville with burial in Woodlawn Cemetery. Refreshments will be provided at 3:00 pm by the Jones Memorial Hospital Auxiliary in the Walchli Room.

Local arrangements are under the direction of the J. W. Embser Funeral Home, Wellsville.
The original obituary can be viewed here
Posted by Dick Helms at 1:33 PM No comments: