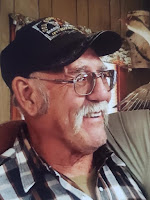 Scio, NY – Timothy M. “Turtle” Quaintance, age 70 of Scio sadly left us on January 7, 2023 at his home following an illness. He was born in Buffalo to the late Ivan and Ruth Gleason Quaintance.

Tim was a lifelong resident of Allegany County who had graduated from Belmont Central High School in 1970 and was a lifelong union mason and oil producer. He Joined the Coven Motorcycle Club in the early 1970’s and remained a beloved member of the Coven/ Rare Breed Motorcycle Clubs through the remainder of his life. Riding and supporting the club was Tim’s life and what he enjoyed doing the most. He served the Club as an officer and His preferred mode of transportation was a Harley Davidson.

He was predeceased by his parents Ivan and Ruth, a brother in law, Jim Collmer and a sister in law Diane Quaintance.

In honor of Tim’s wishes visitation will be held on Wednesday January 11, 2023 from 4 until 8 pm at the J.W. Embser Sons Funeral Home, 34 West state Street Wellsville, New York. A celebration of Tim’s life will be held at a warmer later date. In lieu of flowers memorials in his name may be made to the charity of the donor’s choice. To leave online condolences please visit www.embserfuneralhome.com.