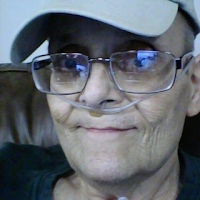 Wellsville, NY – Robert James Howe, 69,  a former resident of 70 Johnson Street passed away on Saturday, December 31, 2022 at Strong Memorial Hospital following a long illness. He was born April 17, 1953 in Wellsville, the son of the late Robert L. and June (Crisjohn) Howe.

Bob was a 1971 graduate of Wellsville High School, and a 1975 graduate of Hiram College in Hiram, Ohio. He was formerly employed in the oil production business in New York and Oklahoma, and the construction industry, while living in Connecticut. He was currently residing at Cobb’s Hill Manor in Rochester, and will be missed by many friends in many places. He was a member of the Allentown United Methodist Church, and was a volunteer for several nonprofit organizations in the Wellsville area.

He is survived by three daughters, Sarah (Stefan) Porco of Fairfield, CT, Lydia (Walter) Westhelle of Trumbull, CT, and formerlyEmily (Ryan) Dickison of Jacksonville, FL, two sisters, Susan (Robert) Stern of Wellsville, and Marsha (David) Lineman of Painted Post, seven grandchildren, a nephew, Ben (Erin) Lineman and a niece, Becky (Alex) Banks. He was predeceased in addition to his parents, by uncles and aunts, Warren and Dorothy Crisjohn, and Jean and Ken Olskey, and a cousin, Linda Freitas.
Friends are invited to call on Thursday, January 5, 2022 from 1:00 to 3:00 pm at the J. W. Embser Sons Funeral Home Inc 34 W. State Street in Wellsville. The funeral will follow at 3:00 pm in the funeral Home with Rev. Alex Banks, Rev. Robert Stern, and Rev. Benjamin Lineman presiding. Entombment will be in Woodlawn Cemetery. Please consider memorial donations to the United Methodist Church, PO Box 273 Allentown, NY 14707, or the Hope Center, PO Box 203 Wellsville, NY 14895 To leave online condolences, please visit www.embserfuneralhome.co.
Posted by Dick Helms at 2:28 PM