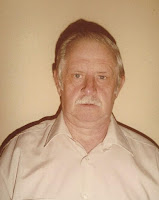 Lee was a true character. He was a long time resident of Wellsville, who lived in Orlando, FL for a time before moving back to Wellsville for the last fifteen years. He was a U.S. Navy veteran, and served from 1943 – 1946. He was also a member of the Cardinal Pistol Club, and a life member of the NRA. He won the NYS indoor Pistol championship two years in a row but also shot and won at Camp Perry. He owned and flew his own airplane at the Wellsville Municipal Airport on Bolivar Road. Professionally, Lee owned and operated Lee's Hodaka on the Andover Road, his store would later be called Lee's Guns and Ammo. He also worked as an Engineer at Air Preheater, he held many patents and worked on many government projects, including NASA, retiring in the early 1980s. In his early days he enjoyed driving and working on race cars, and raced on Fair Street, and in Cuba. He also enjoyed coin collecting, boating –  even owned several on Lake Erie and (later) in Florida. He was a member of the American Legion Post #702 and Wellsville Moose Lodge #601, and the Odd Fellows.

A memorial service is being planned for a later date. Burial will be at Woodlawn Cemetery with full military honors. Please consider memorial donations to the SPCA Serving Allegany County. To leave online condolences please visit www.embserfuneralhome.com.