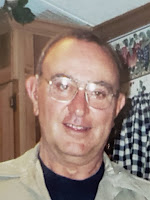 Wellsville, NY - Donald E. “Don” Temple, 80, of Kenyon Road passed away on Monday, March 29, 2021 at Jones Memorial Hospital. He was born on June 8, 1940 in Wellsville at Jones Memorial, the son of the late H. Lyle and Ednamae (McHenry) Temple. On September 30, 1974 at St. John's Catholic Church in Whitesville he married Mary Ann Ellison, who predeceased him on November 13, 2019.

Don was a former resident of Stannards and a longtime resident of Whitesville. He was a 1958 graduate from Wellsville High School, and then attended Washington Jefferson College in Pennsylvania. He was in a band called “The Don Temple Trio” which led to him meeting the love of his life, Mary Ann. He worked for Tennessee Gas in Coudersport, PA. After moving on from Tennessee Gas, he traveled with Mary Ann for fifteen years across the country in their fifth-wheel while also working as an independent third-party welding inspector on pipe lines. Once their travels had to end, he faithfully visited his wife daily in the nursing home until her passing. He was a member of the National Rifle Association, enjoyed hunting, fishing, and golfing (especially in Florida winters for the last seventeen years). He also very much enjoyed gardening, having vegetable gardens around the house, and then strawberry and apple orchards in Whitesville.

He is survived by: two sons, Bernie (Edie Jo) Seligman of Genesee, PA, and Bradley (Julie) Seligman of Monroe, NC; a daughter, Rhonda (Peter) Seligman-Salchow of Sarasota, FL; a grandson, Aidan Seligman; two sisters, Brenda (Dan) Gill, and Diane (Jim) Jones; and several nieces and nephews. In addition to his parents and wife, Don was predeceased by: a brother, David Temple; a sister, Sylvia Marsh; and several nieces and nephews.

Friends are invited to call on Saturday, April 3, 2021 from 11am to 1pm with a funeral service to follow, at the J.W. Embser Sons Funeral Home in Wellsville (34 West State Street). Burial will take place in Whitesville Rural Cemetery with Celebrant Kathy Timpano presiding. Please consider memorial donations to the American Cancer Society. To leave online condolences please visit www.embserfuneralhome.com.