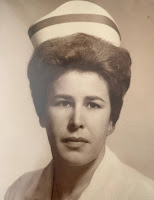 Wellsville, NY - Iris Bahamonde died after a courageous, albeit short battle with COVID-19. She is pre-deceased by her youngest son Samuel Perez and by her first and beloved husband Pedro Perez. She is survived by her eldest son Pedro Perez & his wife; her grandchildren Yasmine Perez, and Aramis Bahamonde Perez and his wife; her great grandchild Alejandro Nelson Perez.

This valiant women lifted herself and her two boys out of poverty through her amazing fortitude and resilience. That effort allowed her grandchildren and great grandchildren not to face the trauma of poverty.

She was born in Ponce, Puerto Rico in 1934; arrived in New York City in 1949, after being essentially homeless in Puerto Rico because her mother died when Iris was only two years old. Her father, who was a merchant Marine was nearly always at sea. When her merchant marine father remarried more than a decade later, she went to live with him in Spanish Harlem.

Soon, she was nearly homeless again with two sons after divorcing. Determined to have a better life she earned her GED, then an associate degree in nursing becoming a LPN. She went on to earn a Baccalaureate degree in nursing becoming a registered nurse, and before retiring she had earned a Master’s degree and worked as an administrator of nursing at a large NYC hospital.

She was an accomplished martial artist; highly skilled in the “Art of the Flying Chancleta.” No matter where in the neighborhood me or my brother were misbehaving that slipper would find us; whack us, and boomerang back to my mom’s foot. She had ESP and a great sense of humor, laughing as we rubbed our heads where the slipper landed.

She loved gardening and had a wonderful garden of flowers and vegetables adorning her small front and back yards. She traveled to China; where she participated in a nursing forum. She was a foster parent to many children. She was paying forward the gifts she had received; helping others to succeed.

She was always impeccably quaffed; often wearing colorful hats to top off her beautiful outfits.

The family will hold a private grave side service. Family suggests memorial donations to  BrightFocus Foundation-supporting scientists in their search for a cure for Alzheimer’s. To leave on-line condolences, go to www.embserfuneralhome.com.