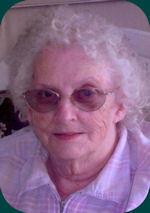 Friends are invited to call on Wednesday, (October 24, 2012) from 2:00 to 4:00 and 7:00 to 9:00 pm at the J. W. Embser Sons Funeral Home Inc. in Belmont. The funeral will be Thursday at 11:00 am in the funeral home with Rev. G. Cole Gruberth presiding. Burial will be in Forest Hills Cemetery in Belmont. Memorial donation can be made to the Amity Rescue Squad or Home Care & Hospice. To leave online condolences, please visit www.embserfuneralhome.com.