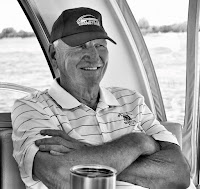 Norm was raised in Portville, and was a 1955 graduate of Portville High School. He began his 35 year career at Air Preheater Company as a welder and retired in 1996 as the Plant Manager. During those years, he was also owner and operator Miller Masonry, where he designed and worked on several projects without the benefit of blueprints. He also helped design and build Shepherd of the Valley Lutheran Church. He was a member of the Wellsville Country Club, a former member of the Wellsville Lions Club, and was a passionate beekeeper.

Friends are invited to call Thursday, May, 20, 2021 from 4-6 PM at the J.W. Embser Sons Funeral Home, Inc., 34 W. State Street in Wellsville. A celebration of life will be held on Friday, May 21, 2021 at 11 AM in the Shepherd of the Valley Church, 4164 Fassett Lane in Wellsville. Please consider memorial donations to Shepherd of the Valley Church, or the Hart Comfort House (141 East State Street, Wellsville, NY). To leave online condolences, please visit www.embserfuneralhome.com.