Wellsville, NY - Howard W. “Bill” Schrlau Sr., 70, of 238 East State Street, died unexpectedly on Saturday, August 3, 2019 shortly after arrival at Jones Memorial Hospital. He was born February 18, 1949 in Buffalo the son of the late Clifford and Louise (Ost) Schrlau. On March 19, 1967 in Wellsville he married the former Kathryn Osgood who survives.

Bill was a 1967 graduate of Scio Central School. He was first employed at the Outdoor Store in Wellsville, Lamaccia Ford in Hornell, and for the past 37 years, for Fred Robert Auto Parts in Wellsville. He continued at Fred Roberts into his retirement, until his death. He was a life member of the Genesee Hose Company # 5. He will be remembered for his great sense of humor, love of life, and faith in God. 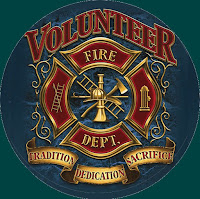 Friends are invited to a memorial service on Wednesday, August 7, 2019 at 11:00am at the Brookside Wesleyan Church, 3469 Andover Road in Wellsville with Rev. Robin George presiding. Burial will be in Fairlawn Cemetery in Scio. Please consider memorial donations to the Wellsville Volunteer Fire Department. To leave online condolences please visit www.embserfuneralhome.com.
Posted by Dick Helms at 6:13 PM