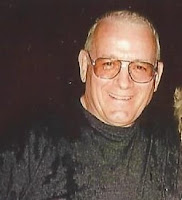 Scio, NY - Jon C. Manning, age 77, of Charles Street passed away on Tuesday, August 21, 2018, at home surrounded by his family. He was born on May 28, 1941 in Wellsville to Charles and Helen Steenworth Manning. On July 25, 1964 in Wellsville he married Mary Ellen Murray who survives.

Jon was a life long resident of the Scio- Belmont area who graduated from Belmont Central High School. He was a very good baseball pitcher who turned down a try out with the New York Yankees to serve his country. From 1959 until 1963 he served with the Seabees all through out the South Pacific and in Alaska. He was a machinist for Dresser Rand in Wellsville for 35 year retiring in 2003.For a time he and his wife owned and operated Manning's Grocery Store in Belmont. Jon was a member of the American Legion Post #808 of Belmont, a member of the National Rifle Association, and the American Trap Shooting Association. He was a dedicated trap shooter who shot in many local leagues with yearly trips to Elysburg, Pennsylvania, and several to the Ohio Grand. Jon was an avid outdoors man who enjoyed spending time with his dogs at his hunting cabin.

He was predeceased by his parents, a brother Robert Manning, and a sister Penny Mapes.

Friends are invited to attend a celebration of Jon's life on Sunday, August 26, from 1 until 4 pm at the Belmont American Legion Post #808. Memorial contributions may be made to the Home Care and Hospice, the SPCA, or the the charity of the donor's choice. To leave online condolences please visit www.embserfuneralhome.com.