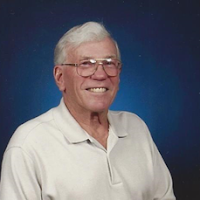 Wellsville, NY - Charles D. “Chuck” White, age 84, of John Street passed away at home surrounded by his family. He was born on February 13, 1931 in Genesee, PA., to Lawrence and Eva Thomas White. On September 4, 1954 in Wellsville he married Jane Weinhauer who survives.

Chuck was a Marine Corps veteran serving from 1948 until his discharge in 1952 after serving in the Korean Conflict. He was employed by New York Telephone for 35 years and owned and operated White’s Mobile Home Park in Wellsville for 30 years. Chuck was a member of the American Legion Post #702 of Wellsville and long time active member of the Trinity Lutheran Church and its various organizations.

Chuck was predeceased by his parents, a brother Lawrence and a sister Barbara Pauline Kisel.

Friends are invited to call on Friday, February 5, 2016, from 11 am to 1 pm at the Trinity Lutheran Church in Wellsville. His funeral service will be held at the conclusion of calling hours in church at 1 pm. Reverend Richard Pape will preside over the service assisted by Reverend Larry Gerdes. Burial will take place in Woodlawn Cemetery and memorials in Chuck’s name may be made to either the First Trinity Lutheran Church or to the David A. Howe Library. To leave on line condolences please visit www. Embserfuneralhome.com.