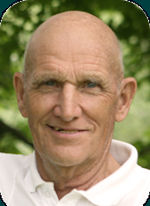 In 1953, Karlton graduated from Wellsville High School and was awarded the FFA Farmer of the Year. In 1982 he received the Allegany County Soil and Water Conservation District Farmer of the Year Award, and in 1983 he received the Goodyear Conservation award for outstanding
accomplishments in resource conservation. He also served as a committeeman for Agway and Dairylea, and was active in several other farm organizations.  His partners in life and farming were his Lord and Savior, his wife and their sons. He operated a dairy farm until his barn burned, and then he raised beef cattle. For several years he was a volunteer for Habitat for Humanity. He was a member of the Shepherd of the Valley Lutheran Church; where he lovingly and joyfully served his Lord in various capacities. He always had a humorous story for any occasion and enjoyed the camaraderie of his monthly pinochle club. Karlton and his wife enjoyed camping, hiking, biking and canoeing.

Surviving in addition to his wife of 50 years, are his children and grandchildren, Mark and Sheila (Garvey) Brandes of Orlando, FL, Paul and Claudia (Bashaar) Brandes and their children Morgan, Cassidy, Hannah and Ava Marie of Waynesboro, PA, Christopher and Tamara (Hile) Brandes and their children, Emily and Evelyn of Sebastian, FL and Jonathan and Lori (Cole) Brandes and their children Teagin and Tiernee of Wellsville. He is also survived by his sister, Kathryn and Arnold Wienk of Sergeantsville, NJ and a brother-in-law, Bruce and Betty Herman of Spring Hill, FL, as well as several nieces, nephews, cousins and special friends, including Tim and Penny McKee of Wellsville. He was predeceased by a brother-in-law, James Herman and a sister-in-law, Janet Herman Lang.

Friends are invited to call on Saturday, May 5, 2012 from 11:00 am to 12 noon to at the Shepherd of the Valley Lutheran Church, 4229 Fassett Lane in Wellsville. A memorial celebration will be at 12 noon in church with Rev. Carl Knitter presiding. A reception will follow at 1:00 pm and burial will be in Woodlawn Cemetery. In lieu of flowers, memorials may be made to the Shepherd of the Valley Lutheran Church Memorial Fund or any charity of the donor's choice. To leave online condolences, please visit www.embserfuneralhome.com.
Posted by Dick Helms at 6:05 PM