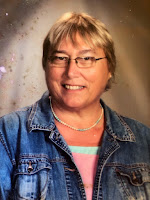 Julie was a 1974 graduate of Wellsville High School. She was a dedicated home maker who raised her four sons. Beginning in 2003, she was employed at the Cattaragus-Allegany BOCES as a one on one teacher’s aide, retiring in 2015. She was a very active and beloved member of the Hallsport Christian Church.

She is survived by: fiance, Kevin Pier; four sons, Brandy Elias, Dusty Elias, and Darcy Elias, all of Wellsville, and Jeremy Elias of Alfred; three grandchildren, Breena Elias, Corbin Elias, and River Elias, all of Wellsville; as well as several nieces and nephews. In addition to her parents, she was predeceased by: three brothers, Francis A. Coyle Jr., Roger Coyle, and Gary Coyle; and a sister, Janet Sturdevant.

Friends are invited to attend a Memorial Service on Wednesday, July 27, 2022 at 11 am in the Hallsport Christian Church, 2182 Stout Road, Wellsville, with Reverend Michael Brady presiding. Burial will be in Stannards Cemetery. To leave online condolences please visit www.embserfuneralhome.com.