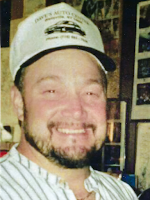 Wellsville, NY - What can one say about Dave Davis? Words seem inadequate to express just how much this man was loved, respected, admired, and adored. If you were to ask anyone who knew him, you would have to say that one way or the other, you’d know just where you stood with him. He was always an honest man and would never hold back from what he thought was right, whether in a conversation or a business deal, Dave Davis was always a straight shooter. A man with a keen sense of justice, family, and love of country, to all those who knew him, no better example of the value of hard work, fierce dedication, and unshakable loyalty could be found. Dave was always rock solid, there for you when you needed him, and if he couldn’t fix it, then it couldn’t be fixed. He improved everything he touched, leaving everything the better in his wake. From broken engines to broken hearts, there is nothing that man could not set right. The only thing he can’t mend is just how much he will be loved and missed by his family and friends.

Born in Wellsboro, PA to Walter and Dorothy (Baker) Davis, he grew up in Whitesville, NY and graduated from Whitesville Central School in 1977. Even as a young man, he worked hard at farm jobs, and found a life-long passion for cars, engines, and anything that runs fast. A man with a remarkable gift for moving parts and a healthy love of the kind of American freedom that roars under the hood of a car, he could tell you what the matter was with an engine by just listening to the sound of it. Also an ambitious young entrepreneur, he started his first business in 1982, with Dave’s Gun Shop, which he built with his own two hands and ran out of his first home. He married Debra McCutcheon (Brian) Reed on April 28, 1979 and raised a family and two children, Devin Davis and Donny (Nancy) Davis. He was employed at Whitesville Wood Products where he made many friends and worked tirelessly, until he ventured out on his own to start a second business, Dave’s Auto Center, in 1988. He was also the president of the Whitesville Rod and Gun Club and a member of the Whitesville Volunteer Fire Company. An avid hunter, fisherman, snowmobile rider, and good time friend to all, he had an infectious smile and laugh. He made a living just as he lived the entirety of his days: on his own terms.

Later, he met and married Mary Angela McNeill, on May 9, 1998, and had three children, Bryce Davis, Ellie (Aidan) Perry, and Jack Davis. During this time, he worked other jobs in addition to his gun shop and Dave’s Auto Center, at Kleiser Ford and Pfuntner’s Auto Center, both of Wellsville, and finally for Howard’s Kubota, in Coudersport, PA. Perhaps most memorably, he went on to create a third prosperous business in Back River Raceway, in Willing, NY. For over a decade, he labored in love at the BRR, making memories for all of the racers,

young and old, who loved and returned each weekend to be with their BRR Family. Devoted friends and co-workers marveled at just how hard Dave worked to keep up the race track, and it gave joy and a place to call home to too many people to count. To those of you who are a part of the BRR family, no words can express how much Dave was loved and will be missed in equal parts.

Dave is predeceased by his two fathers, Walter L. Davis and Ronald “Jack” Lewis. He is survived by his mother, Dorothy B. Lewis, his wife and children, his sister, Mary (William) Mangalaw, his brother Dan Davis, and five grandchildren: Carla Crampton, Aidan Meehan, Tristan Meehan, Dylan (Katelynn) Robinson, and Leanna (Jon) Moon, and two great-grandchildren, Fletcher and Athena Moon. Rest in peace, Dave. You were a wonderful father, grandfather, husband, brother, son, and friend. Until we meet again, may God hold you in the palm of his hand.

A celebration of life is being planned for Saturday, July 2, 2022, with the time and location to be announced. Please consider memorial donations to the Willing Volunteer Fire Department or the Hart Comfort House. To leave online condolences, please visit www.embserfuneralhome.com.