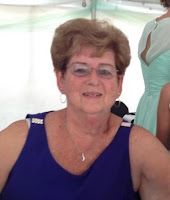 Belmont,Y - Sonya M. Hand, 78, of Greenwich Street, passed away at home on Tuesday, September 28, 2021 surrounded by family. She was born in Elmira, NY on April 21, 1943 the daughter of the late Theodore Louis Seeley and Lillian Dorothy Hunsinger. On September 18, 1965 in Belmont, she married her husband of forty-four years, Richard L. Hand, who predeceased her on January 20, 2010.

After moving to Belmont at the age of six, Sonya became a lifetime resident of the Belmont area. She was a 1961 graduate of Belmont Central High School. Starting while she was in school, Sonya was a lifelong child-care provider, caring for many children in Belmont and from surrounding villages.  As a young adult, her first employment was at the Texas Hot in Wellsville. After she married, Sonya became the bartender at the Belmont American Legion for over thirty plus years until she retired in 2015.

She enjoyed golfing, bowling, card games, traveling, cooking and canning for her family and friends. Sonya was a competitive card player; she ran the Belmont Legion Euchre Tournament for many years. She loved to travel, especially to visit her children wherever they happened to live. Sonya liked to stay active and was recognized by the YMCA for self-improvement and encouragement. In 2011 she was awarded “The Most Improved Home” by the Belmont Betterment Association. She was community-minded and was a life member of the Belmont American Legion Post 808 Auxiliary, the Belmont Fire Department Auxiliary, The Order of the Eastern Star, Wellsville Elks Lodge 1495, and the Wellsville Moose Lodge. She will be remembered as a devoted and loving mother who also adored her cats, Zoe and Lilly.

Friends are invited to call on Monday, October 4, 2021 from 11 am - 1 pm at the J.W. Embser Sons Funeral Home in Belmont (17 Schuyler Street). Her funeral service will follow visitation at 1 PM with the Reverend John Francisco presiding; the American Legion Auxiliary Service will take place between visitation and the funeral. Burial will be in Forest Hills Cemetery. Please consider memorial donations to: The American Cancer society, Home and Hospice Care, Amity Rescue Squad, or The American Legion Post 808 Auxiliary Scholarship Fund. To leave online condolences please visit www.embserfuneralhome.com.