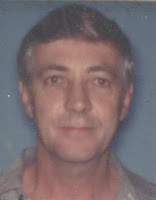 Luke was raised in Wellsville, and was a veteran of the Korean War serving with the U. S. Army from 1953 to 1955. He also served with the Army Reserves from 1955 until 1961. He was employed by Dresser-Rand Corporation from 1957 until his retirement in 1994. He was a 60 year life member of the Morrison Hayes Post 702 American Legion. He was a noted baseball player in his youth and played fast pitch softball for the Legion in the 1960's and 70's. He enjoyed crossword puzzles, watching the New York Yankees and playing golf.

Surviving in addition to his wife Nancy, is a son, Daniel (Sharon) Keib of Wellsville, and a daughter, Kandra (Kevin) Garwood of Placerville, CA, three step children, Greg Hunt of Gray Court, SC, Terri (Bill) Richardson of Livonia, and Keith Hunt of Rochester, seven grandchildren, seven great grandchildren, and two nephews. He was predeceased in addition to his parents, by a son Joseph Keib on October 30, 2015, and a brother, James Keib.

A private graveside service at Sacred Heart Cemetery is being planned for a later date. Please consider memorial donations to the Hart Comfort House or the David A. Howe Public Library. To leave online condolences, please visit www.embserfuneralhome.com.