Alfred Station, NY - On Tuesday, September 17, 2019 Steven C. Allen, of Alfred Station was called home to be with his Heavenly Father after a long battle with illness, he was only 66 years old.

Born in Wellsville on February 4th, 1953 to the late Lawrence ”Mike” and Barbara (Barnes)  Allen. Baptized at John's Episcopal in Wellsville, where he served as an alter boy. Steve was also a founder of LAB, LAB rules!! A 1972 graduate of Wellsville High School, and a  1974 graduate of Alfred State College with an associates degree in Applied Electronics. On the 17th of July 1976 he married the love of his life, Nan Hennard, at the Christian Temple in Wellsville. During and after college he worked his way up to partner with his late mentor, EJ Brown, at Jericho Audio. In 1982, after the death of his mentor, and while he Nan were expecting their son, Sean, he partnered with college friends to open The Sound Track of Alfred. After 9 years the decision was made to close the Sound Track, and started Early Security and Electronics, working closely with his wife and then with his son. After closing the store, Steve went to work at Dresser Rand in multiple capacities in the Wellsville and Olean offices until he retired early do to his ill health. 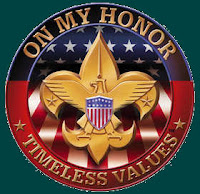 As a life long Boy Scout and Scout leader, Steve earned many awards and accolades, and helped many young men to earn their Eagle Scout award, including his son, Sean. He worked tirelessly as a district commissioner to train leaders in the Boy Scouts to better the scouting program in our rural area. As a Mason, among other offices, Steve served as master of the University Lodge in Almond, the District Deputy Grand Master, the Commander of, the now closed, Knights Templar DeMolay Commandry in Hornell. Through Steve's service to God and his community his legacy will live on for many generations to come.

Steve is survived by: the love of his life, best friend, and wife of 43 wonderful years Nan; His son, whom he was so proud, Sean (Stacy)  Allen of Scio; many “adopted” sons and daughters; his two dogs Fargo and Lucas; his two brothers James (Mary Ann)  Allen of Pennsylvania and David (Debbie)  Allen of Florida; and 8 nieces.

The family will receive visitors at the J.W. Embser Sons Funeral Home in Wellsville on Tuesday, September 24th at 4 pm with Masonic and Christian services to follow at 6 pm. In lieu of flowers the family is asking for memorials in Steve's name to the New York State Vapor Association (www.nysva.org) ,  or to Elk Lick Scout Reserve general maintenance fund, Allegany Highlands Council, 50 Hough Hill Road, Falconer, NY.  14733. To leave on line condolences please visit www.embserfuneralhome.com.
Posted by Dick Helms at 2:28 PM