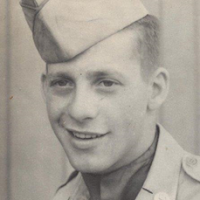 “Fran” was a 40 year employee of C. E. Air Preheater Company; retiring in 2001. He was formerly employed at Woodlawn Cemetery and was a self-employed mason. He was a veteran of the U. S. Army during the Korean War and served with the Army Reserves for 20 years. He was a member of the Wellsville Moose Lodge # 601, the Morrison-Hayes American Legion Post 702 and was a former member of the Duke Hose Company # 1. He enjoyed carpentry crafts and the great outdoors. He was a great husband, father, grandfather & Great grandfather, who loved spending time with his family.

A graveside service with military honors is being planned for a later date at Stannards Cemetery. The family suggests memorial donations be made to the Wellsville Volunteer Ambulance Corps or the Hart Comfort House. To leave online condolences, please visit www.embserfuneralhome.com.
Posted by Dick Helms at 2:21 PM