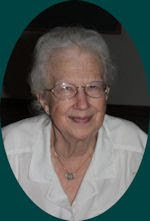 Wellsville, NY - Eleanor Kruger Cott, 82, of the Petrolia Road died unexpectedly on Friday, November 5, 2010 at Strong Memorial Hospital in Rochester, following a brief illness. She was born March 21, 1928 in Wellsville, the daughter of the late Henry and Amelia (Dornow) Kruger. On February 20, 1965 in Wellsville she married J. Bernard Cott who predeceased her on November 6, 1997.

Eleanor was a 1946 graduate of Wellsville High School; where she was on the staff and did all the art work for the first issue of the new yearbook “Sonnontouan”. She was formerly employed as a draftsman and computer programmer for C. E. Air Preheater Company in Wellsville from 1946 until her retirement in 1984. Several organizations enjoyed her artistic talents and the donation of her time; including the Wellsville Art Association, Allegany Art Association, the Garden Club, the Thelma Roger Genealogical and Historical Society and the Jones Memorial Hospital; Hemlock Twig. She was a Hospice volunteer, served on the David A. Howe Public Library; Restoration Committee and was a member of the First Trinity Lutheran Church; where she was active in the choir, Ladies Aid, Dorcas Guild as well as several other committees.

She is survived by a sister-in-law, Thelma Cott of Florida, a niece, Karen Cott Evans in Jacksonville, FL and two nephews James E. Cott in Gainesville, FL and David R. Cott in Jacksonvillle, FL. as well as several cousins, including, Lois Johnston of Canandaigua, Roy Krueger of Raleigh, NC, Harold Krueger of Rockford, IL, Robert “Kip” Krueger of Orchard Park, Glen W. Kruger and Kristen A. Kruger both of Wellsville. She was predeceased in addition to her parents and husband, by a sister, Alice Kruger on May 17, 1982.

The funeral will be Tuesday, November 9, 2010 at 2:00 pm at the First Trinity Lutheran Church, 470 North Main Street in Wellsville, with Rev. Robert Morris presiding. Friends are invited to a reception in church from 12:00 noon to 1:00 pm and visitation will be in church from 1:00 to 2:00 pm. Burial will be in Mount Pleasant Cemetery in Houghton. Memorial donations are suggested to the First Trinity Lutheran Church, the David A. Howe Public Library or any charity of the donor’s choice. To leave online condolences, please visit www.embserfuneralhome.com.
Posted by Dick Helms at 3:16 PM